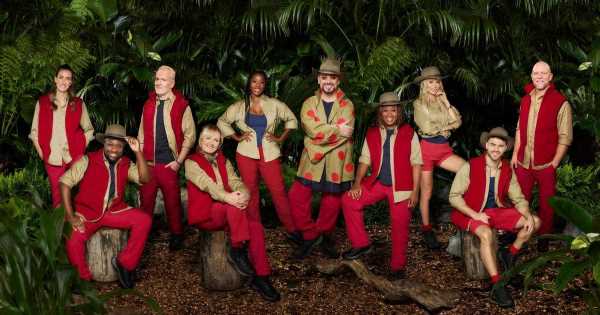 ITV bosses have accumulated the biggest bill in I'm A Celebrity… Get Me Out of Here! history in order to bag a line-up of big names as exciting as the long-anticipated return to Australia, according to reports.

In the hope of ensuring that the new series keeps fans on the edge of their seats from the get-go, producers have splurged an eye-watering £2.1 million – the highest amount spent on a cast in the show's 20-year history.

A television insider has explained: "Producers know that the right combination of stars will get viewers tuning in and staying with the show over the next three weeks — but that costs serious money.

“They’re also aware of the fact that the show has been stuck in the UK for the past two years due to Covid — and they wanted to make a huge impact as it returns to Oz.

"The show has delivered some classic jungle moments in the past thanks to the clever selection of big ticket celebrities and they want to do everything they can to repeat that in 2022."

Radio X DJ Chris Moyles is set to receive a hefty £200,000 cheque for his time in the jungle, whilst comedian Seann Walsh – who is believed to be joining the current campmates along with controversial politician Hancock later in the series – will receive £130,000.

Despite singer Boy George – real name George O'Dowd – sitting at the highest end of the shocking scale, set to walk away from Oz with half a million, it is understood that the '80s star took some serious persuading from hosts Ant and Dec to take part.

According to The Sun, when writing in his autobiography Straight, Boy George revealed he was asked several years ago to join the show's line-up, but dismissed his potential fellow campmates as "smacking of desperation".

He added: "I was offered the most money anybody has ever been promised to appear on I’m A Celebrity . . . Get Me Out Of Here!

“My agent Tony Denton urged me to take the meeting. I said, ‘How would you fancy appearing on television in the jungle looking like a sweaty pig jumping into vats of creepy-crawlies?’“

"He said, ‘I wouldn’t do it’. To which I replied, ‘There you go’.” Boy George added: “Whenever I see anybody on those type of programmes it smacks of desperation. I’m far too vain."