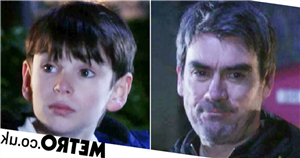 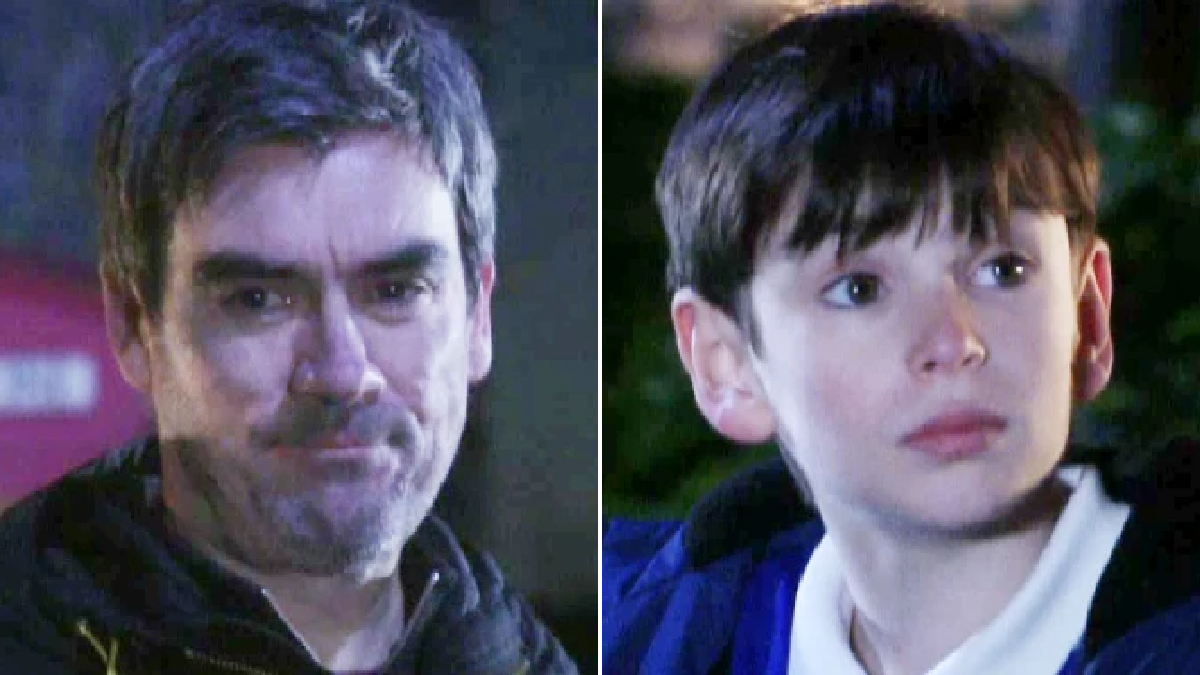 Never let the innocent face of a child fool you. That’s the moral Emmerdale is trying to teach fans with the latest bombshell.

While Cain was the one who lured Al to a barn to confront him over his affair with Chas (Lucy Pargeter), he never used the gun he waved around.

That, it turns out, would’ve been sweet, young Kyle.

How old is Kyle Winchester from Emmerdale?

Mum Amy Wyatt (Natalie Ann Jamieson) gave birth to Kyle in Emmerdale Cemetery and, thinking he was a stillborn, wrapped him up and left him in a phone box in tragic scenes.

The baby was eventually found and brought to hospital, where Val and Eric Pollard named him Kyle.

He was later adopted by Tom and Karen Winchester, but after their death in 2013, Kyle lived with his grandmother Joanie.

Kyle now lives with his biological father, Cain, his wife Moira and their son Isaac.

As a wee babe, Kyle was played by twins Molly and Isaac Ainsworth.

However, since 2013, Huey Quinn has played the young lad.

What will happen to Kyle now Moira knows he was the real killer? Fans will have to tune in to find out…