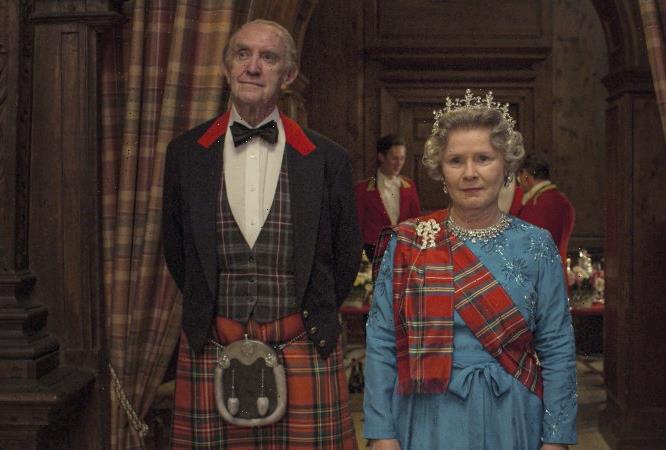 First, there was the question of how quickly after the Queen’s death should Netflix premiere its fifth season of The Crown. Then came stinging criticism that it had strayed from historical fact into historical fantasy.

No surprise, then, that the first episode of the new season begins by putting its best foot forward: actor Claire Foy, who played the Queen in the show’s first two seasons, returns to a chorus of approval from critics and fans. 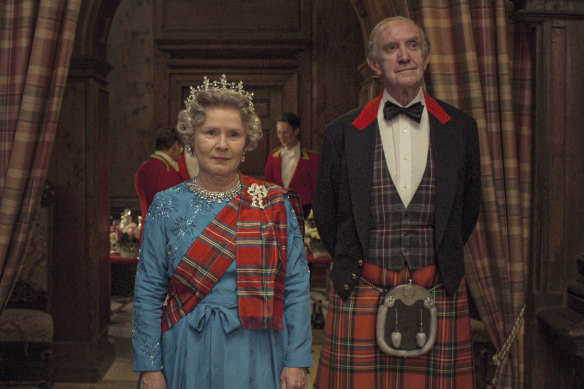 Imelda Staunton as Queen Elizabeth II and Jonathan Pryce as Prince Philip in The Crown.Credit:Netflix

She appears in a recreation of a newsreel from 1953 which captures the then newly enthroned Queen Elizabeth II launching the royal yacht, Britannia. You don’t need a PhD to realise this is the season’s enduring metaphor for the Queen, crown and monarchy: should the institution be renovated or simply retired?

It’s a smart play, of course. Foy’s portrayal was luminous and compelling; were this Crufts, she would easily win best in show. Even after five seasons, she’s still the best thing The Crown has delivered.

But blending her into an historic newsreel inadvertently has the effect of stepping straight into the show’s biggest headache: how much of what you’re seeing is historical fact? And how much of it is concocted fiction? 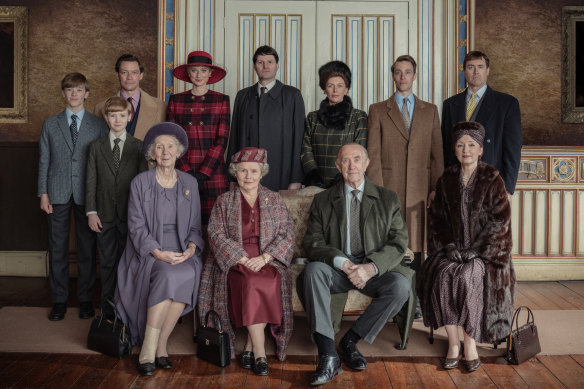 The Royal Family in The Crown’s fifth season.Credit:Netflix

In the show’s early life, set in the first decades of the Queen’s reign, the appeal of The Crown lay in its attention to historical detail, made doubly fascinating by the fact that the younger Queen, for most of the audience, was something of a mysterious figure.

The show then became an archival black and white image brought to life in spectacular fashion. Like the Queen at the moment of coronation, a transfiguration takes place, the ordinary assembled parts becoming something extraordinary.

But as the clock ticks out through more modern history towards too easily remembered headlines and scandals, accuracy seems to have become an albatross stalking the royal yacht.

The real Britannia newsreel included Prince Philip, for example, but in The Crown it does not. It is unclear why, though we can assume Matt Smith was unavailable for filming. Such details are small, but they matter. And cumulatively, the show is beginning to feel their weight. 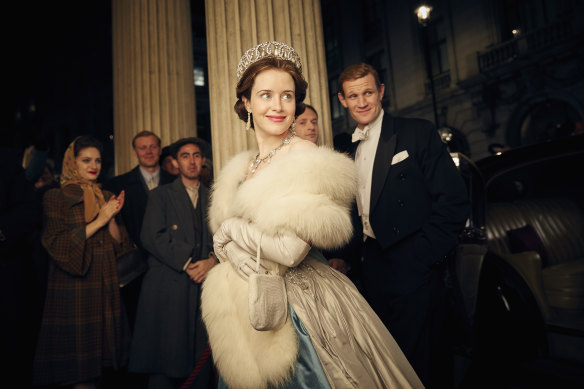 Claire Foy as Queen Elizabeth II and Matt Smith as Prince Philip, in the first season of The Crown.Credit:Netflix

Dame Judi Dench insists there is so little fact the show ought to be labelled fiction. And Jonathan Pryce, who now plays Prince Philip, says such a disclaimer goes without saying. The danger for The Crown is that as each season passes, it feels more like Dench has made the correct call.

The strength of The Crown has always resided in the way writer Peter Morgan weaves the personal with the political, blending the foibles of Elizabeth and Philip, and Margaret, Anne and Charles, with historic events: the American state visits, the Aberfan mining disaster, the assassination of Mountbatten and the exile of the former king Edward VIII, among others.

This season, certainly in the opening episodes, that feels encumbered by more conventionally melodramatic proceedings: the marital misery of Charles and Diana in the so-called “War of the Waleses”. You can’t escape the feeling that after decades of terrible television movies about the same topic, The Crown is retracing very worn steps.

The bigger problem is the way the tilt in emphasis from politics to soap leaves a very delicately calibrated masterpiece feeling out of balance. And an attempt to whip some political intrigue into it by suggesting Charles plotted to bring about his mother’s abdication comes across as not just historically inaccurate, but properly disingenuous. 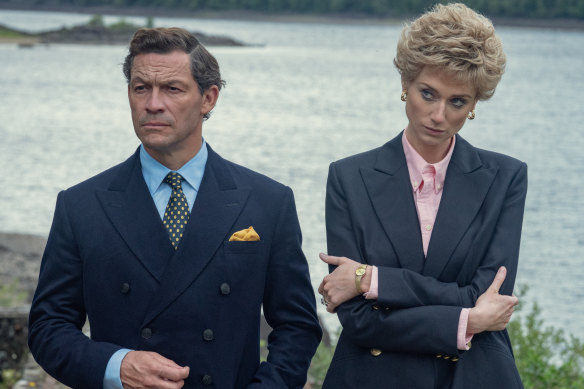 Charles (Dominic West) and Diana (Elizabeth Debicki) in The Crown.Credit:Netflix

Perhaps the problem is fatigue. The fifth and sixth seasons of the show were always going to be a harder sell than the first and second. And selling the second entire change of cast is exponentially harder than it was the first time around.

It all works, but only just. And why it almost does not is difficult to discern. Is it because we’re creeping towards the present day, where contemporary images of the royal family are too familiar? Or that the show, which once cast mostly unknown actors, is now casting mostly known actors, and what once looked like something unlike anything we’d seen, now just looks like another scripted hour of drama?

Or is it because the show is starting to lean too deeply into mimicry: Charles constantly chewing his lip, Diana constantly tilting her head, or Margaret, like some sort of Cruella de Windsor, never seen without a cigarette holder. If not for the astounding budget, there are moments which feel like borderline parody.

Make no mistake, The Crown is still great television. The streaming industry has turned most blue-chip titles into money pits but here you can see almost every dollar on the screen. The location filming is extraordinary. The attention to detail is — mostly — precise. And despite a few bumps in the first season, the show’s accuracy with royal jewels is now close to perfect.

But in an era where true-life and true-crime documentary have found their own new golden age — a trend led, ironically, by Netflix itself — the audience’s hunger to marry the dramatic personae of this particular Shakespearean drama to their history book counterparts is slowly, and now dangerously, chipping away at the unbroken fourth wall.