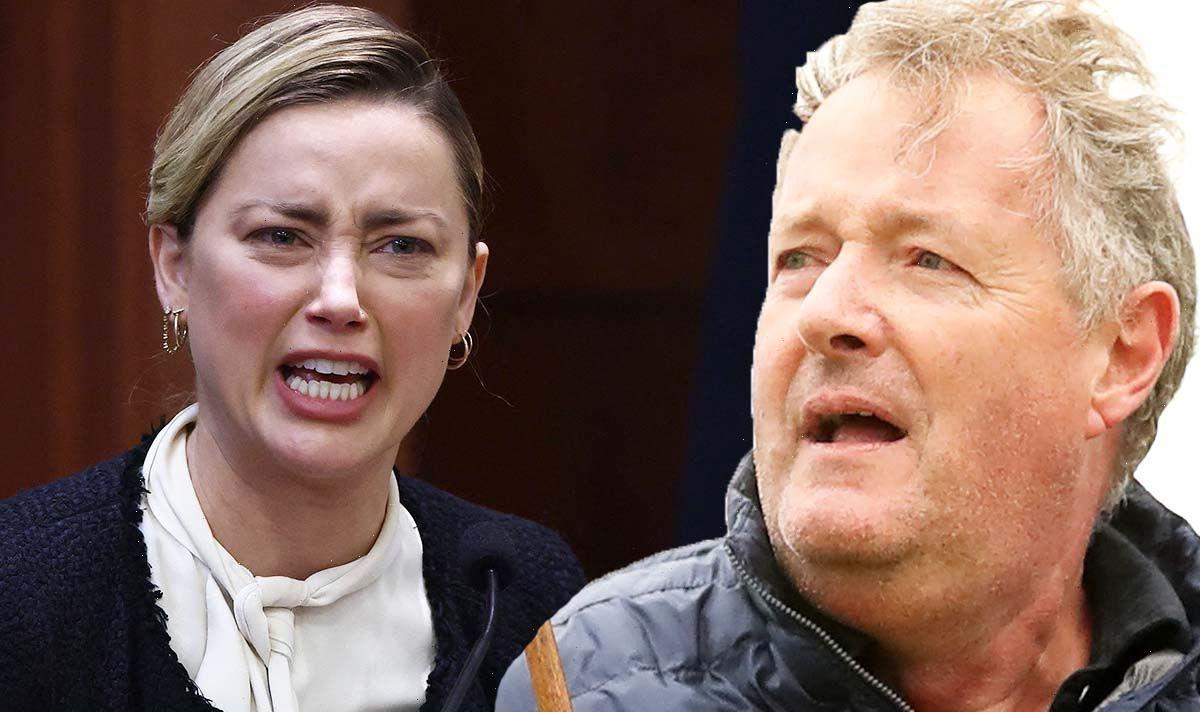 Piers Morgan, 57, issued a savage dig at Amber Heard after her Twitter profile vanished following ex-boyfriend Elon Musk’s purchase of the social media platform. The broadcaster took to Twitter yesterday to react to the news following the $44 billion takeover, after which Elon became Twitter’s CEO.

Along with his tweet, the Uncensored host shared two clapping hands emojis.

Piers has been outspoken in his criticism of Amber, who earlier this year had her appeal for a re-trial thrown out, following the verdict in the defamation trial brought against the actress by ex-husband Johnny Depp.

Following the six-week trial, a jury unanimously ruled in Johnny’s favour following an op-ed she piece she wrote about domestic abuse.

Piers later took to Twitter to hit out at Amber, as he suggested she should “stop playing the victim” in her first TV interview since the trial.

Speaking to NBC’s Savannah Guthrie about social media representation, Amber said: “You cannot tell me that you think that this has been fair.”

Sharing a sneak peek of the interview in his tweet, Piers lashed out: “The jurors didn’t read any of the social media stuff, they listened to the evidence & concluded she was lying.

“I suggest it’s time for Ms Heard to stop playing the victim.”

His claims divided other social media users, who replied to his post stating their views.

JandEsdad said: “Image if Depp had lost..would they put him on TV as the victim? We all know the answer would be no.”

Oce4n4 claimed: “She really cannot face the fact that she was absolutely miserable on the stand and her evidence don’t match the accounts of DV she allegedly suffered. That’s why she lost, not because of ‘power and fame’.” (sic)

Following the verdict from the jury, a statement issued by Amber’s representatives read: “The disappointment I feel today is beyond words. I’m heartbroken that the mountain of evidence still was not enough to stand up to the disproportionate power, influence, and sway of my ex-husband.

“I’m even more disappointed with what this verdict means for other women. It is a setback.

“It sets back the clock to a time when a woman who spoke up and spoke out could be publicly shamed and humiliated. It sets back the idea that violence against women is to be taken seriously.”

The statement continued: “I believe Johnny’s attorneys succeeded in getting the jury to overlook the key issue of Freedom of Speech and ignore evidence that was so conclusive that we won in the UK.”

In a statement, issued through his spokesperson, Johnny said: “Six years ago, my life, the life of my children, the lives of those closest to me, and also, the lives of the people who for many, many years have supported and believed in me were forever changed. All in the blink of an eye.

“False, very serious and criminal allegations were levied at me via the media, which triggered an endless barrage of hateful content, although no charges were ever brought against me.

“It had already travelled around the world twice within a nanosecond and it had a seismic impact on my life and my career. And six years later, the jury gave me my life back. I am truly humbled.”