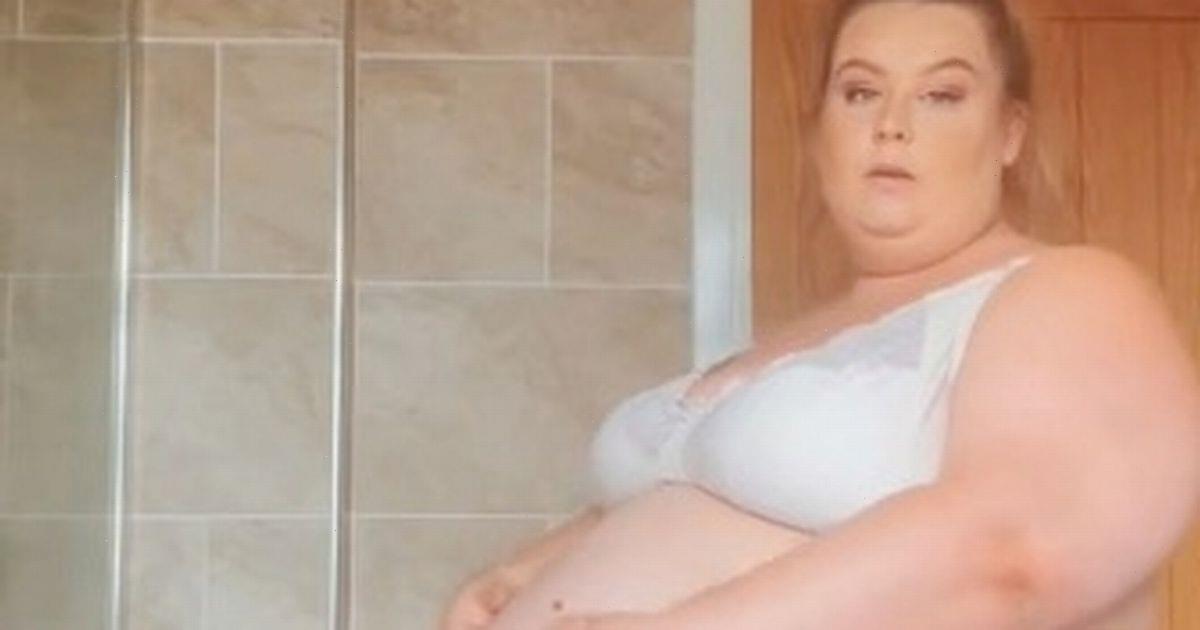 A mum who went viral for her huge baby bump has revealed what she looks like six weeks postpartum.

The parent, who has three children, previously documented her transformation when she was pregnant with her twins.

Her belly, which 'stretched to the max', gained attention on social media.

The mum has become a TikTok sensation – so decided to document her journey raising Hadley, and new born twins Oakley and Everly.

In a recent clip, she shared how her belly changed in the weeks after giving birth.

With her hair slicked back in a bun, she first shared a video from when she was heavily pregnant and about to pop. She wore a red top and black leggings where she lifted it up to show off her massive baby bump.

Fast-forward to six weeks postpartum and the mum already looks a lot different.

Her tum appeared 'spongey' still and also shared that she has some scar tissue.

The TikToker rocked a bra and some floral bottoms to show that she had lost two stone in just under two months.

"Belly’s still super spongey and lots of scar tissue but on the upside I’ve lost 2 stone now which is literally a weight off of my shoulders still a long way to go but I can’t wait to share this journey with you all", the mum explained.

The mum has since created a Facebook group to help others on their weight loss journey – and shared that other plus size mums have reached out to her.

"I’ve had a lot of plus size mums reach out to me and I’m here for it!" she said.

"Let’s be real with one another. Body image is hard. Losing weight is hard.

"Let’s do this together and be kinder to one another."

Inspired with the 'real' post-birth transformation, many people fled to the comments to praise the mum.

One person commented: "Your body is amazing it has grown three beautiful humans! Don’t let anyone tell you any different."

Another user added: "Just remember it takes a year minimum to heal from being pregnant.

"Be kind to yourself, you're doing great."

While a third voiced: "You're looking great. Congratulations on being a mum."

"I’m pregnant with my third and didn’t lost the weight from my second."

Meanwhile, a fifth praised: "You're doing great! You just had twins, be kind to yourself and ignore the horrid comments!"