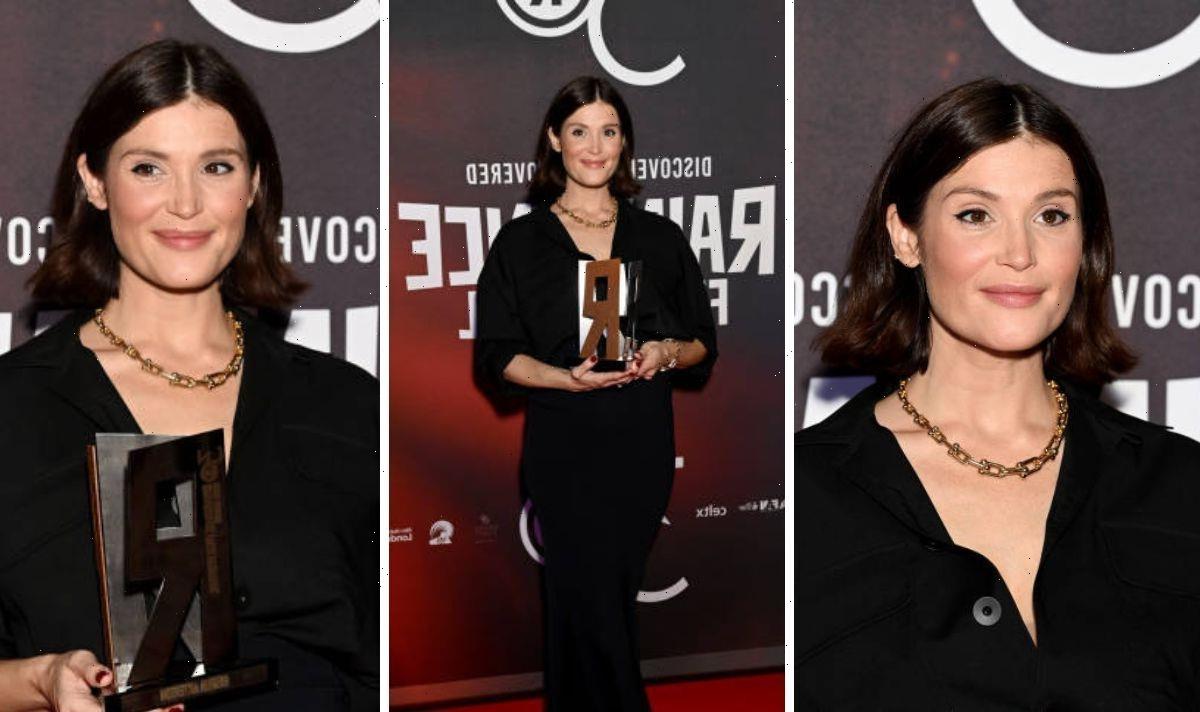 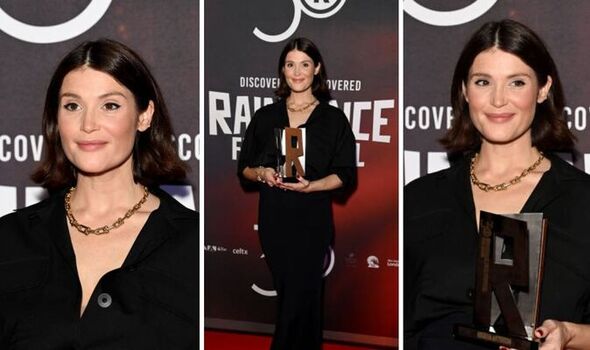 Gemma Arterton has confirmed she will be welcoming her first baby

The Bond Girl will share her first child with husband Rory Keenan.

Gemma Arterton, 36, took to the red carpet to debut her blossoming baby bump. It comes as the award-winning actress attended the Raindance Film Festival Awards on Thursday.

As rumours began to do the rounds that she was pregnant, the star made the announcement by displaying her burgeoning baby bump in a skintight black skirt and matching blouse.

The St. Trinians star looked stunning as she arrived at Middle Eight, London while cradling her stomach.

Gemma teamed her satin blouse with a high-waisted maxi skirt, while showing off her glowing complexion with minimal makeup.

The skirt skimmed over her heeled boots as she accessorised the look with a chunky gold necklace.

The 36-year-old cradled her baby bump to celebrate the news.

Gemma Arterton is best known for starring in action films

The actress featured in Quantum of Solace, The King’s Man, and St. Trinians.

The former Bond girl took to the stage as she was presented with the Raindance Icon Award.

Gemma Arterton was previously married before splitting in 2013

Since then, Gemma Arterton married Rory Keenan in 2019.

Rory Keenan has appeared in Peaky Blinders and The Duchess.