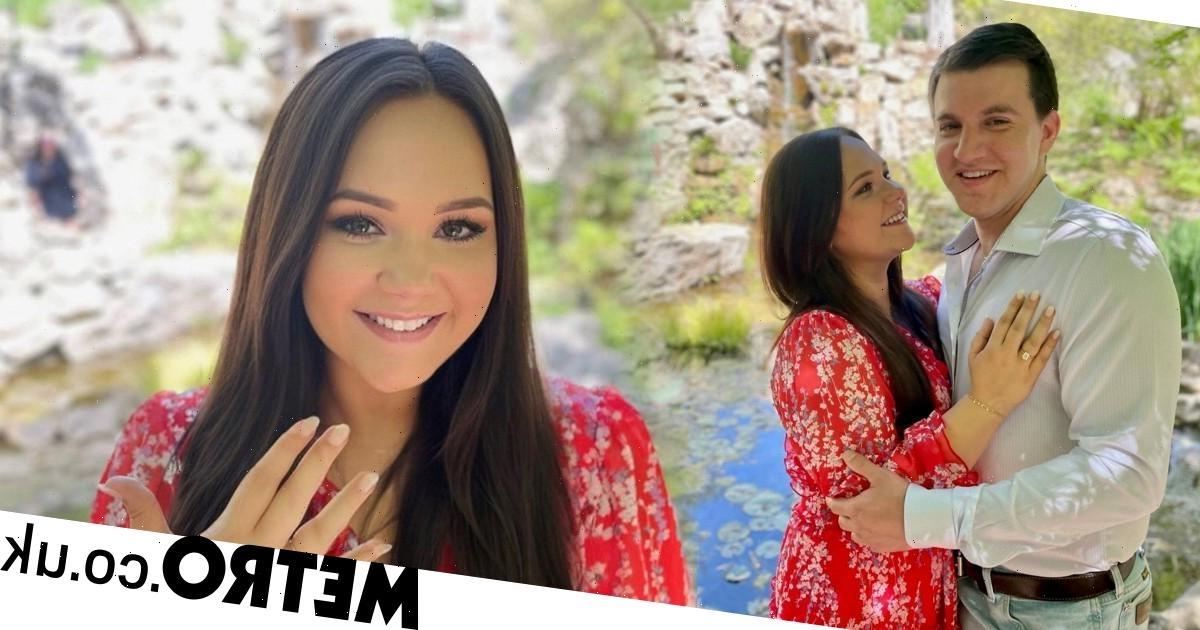 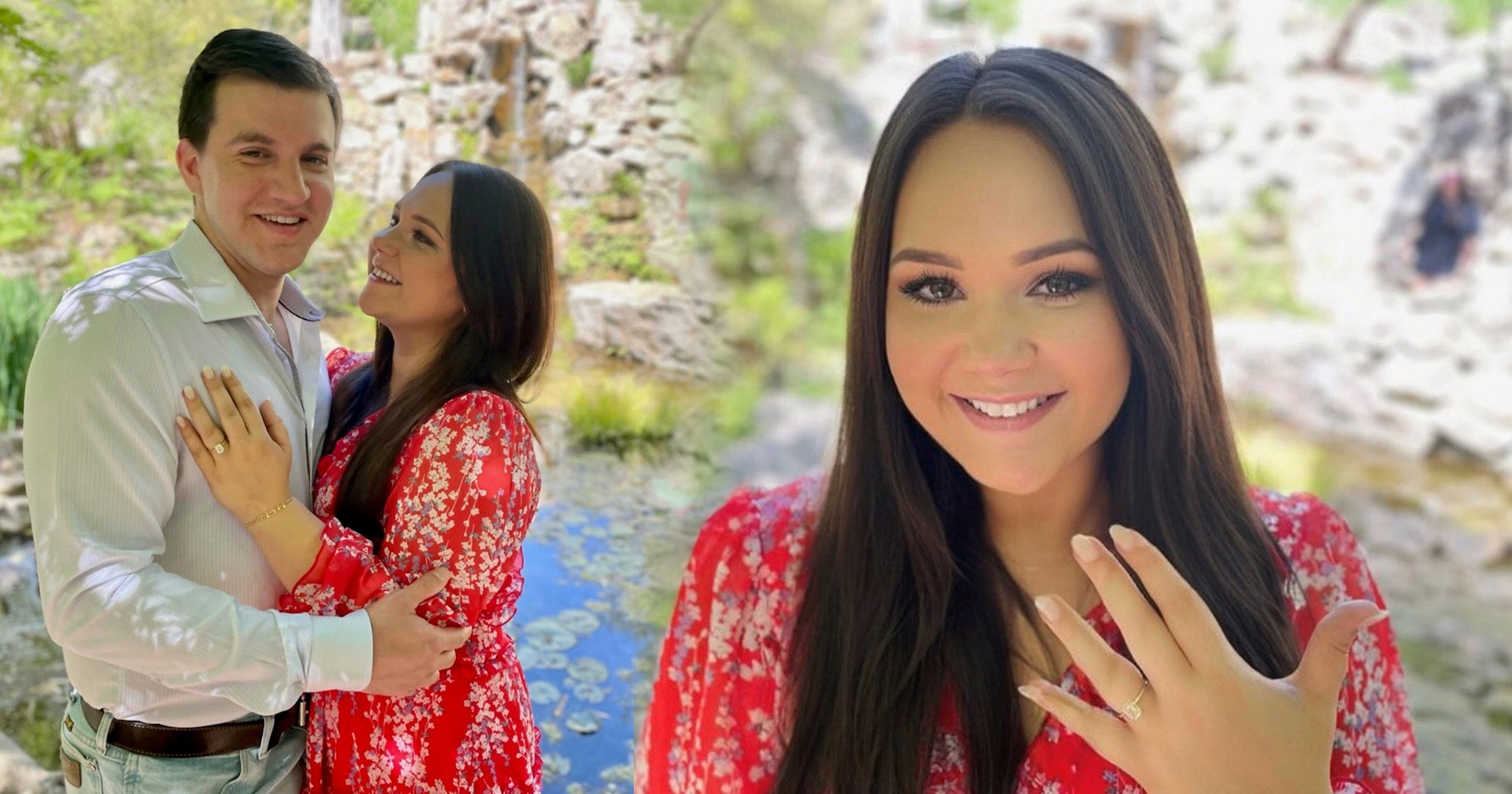 Months after she split from her boyfriend, Sarah Young, 24, knew the pair were meant to be together.

And so, she took matters into her own hands.

Sarah sat outside Nathan Lopez’s apartment, set her Bumble distance range to one mile, and scrolled until they matched.

Telling him it was ‘fate’ the pair quickly rekindled their romance – and are now getting married.

Sarah met Nathan, 26, in September 2018 while they were both at university in Texas, USA.

They dated for six months before graduating, when the pair moved to different parts of the state and went long distance.

But a year later, despite moving to the same city, their schedules didn’t match up – Sarah worked weekends while Nathan had them off – and the pair decided it was time to part ways.

Sarah, who works in software sales, said: ‘Once you’re in the same city, after doing distance for so long, you have to take a step back and wonder “what do I want?”

‘We decided that we loved each other so much, but we had a lot of growing to do.’

Nathan agreed: ‘It was a mutual agreement – we both felt like we wanted to grow as individuals, but we didn’t know where that road would lead us.’

The couple broke up for four months and remained friends – they continued messaging and would talk most days.

But both had dating apps and were open to meeting new people.

Then, Nathan invited Sarah over one night ‘to chill’ – but Sarah was determined they’d be more than just friends.

On the dating app, Bumble, each dater sets a mile range – users outside that circumference won’t be shown as a potential date.

Sarah decided to use this knowledge to her advantage to find her beau.

Sarah said: ‘After being invited around, I drove an hour and parked outside his apartment.

‘I turned my Bumble mileage down to one and was swiping for 45 minutes until I found him and then waited until we matched.’

Sarah messaged Nathan and said, ‘Found you’, and told him it was ‘fate’ that they’d matched.

It was all the spark the pair needed to get back together.

Nathan said: ‘My reaction was ‘wow, this is fate’. I was happy.’

The couple got back together before Nathan, also in software sales, popped the question in April 2022, whilst in a garden in downtown Austin, Texas.

Nathan added: ‘I feel like we’re different people, we have grown so much – as individuals but together.

‘I am the happiest guy in the world to be able to have that chance to grow and come back together as stronger individuals and a stronger couple – I’m glad it worked out the way it did.”

Sarah said that everything ‘worked out for the best’ and that Nathan is ‘the most amazing person on this earth’.

She said: ‘The way we met was fate in itself, I’ve always known he was the one for me.

‘Nathan has been an absolute dream, he has taken it upon himself to be everything I need him to be.

‘He originally wanted the wedding sooner, but we only got engaged in April 2022, I said we need more time to plan.’

Rush Hour Crush – love (well, lust) is all around us

Tell us about your Rush Hour Crush by submitting them here, and you could see your message published on the site.