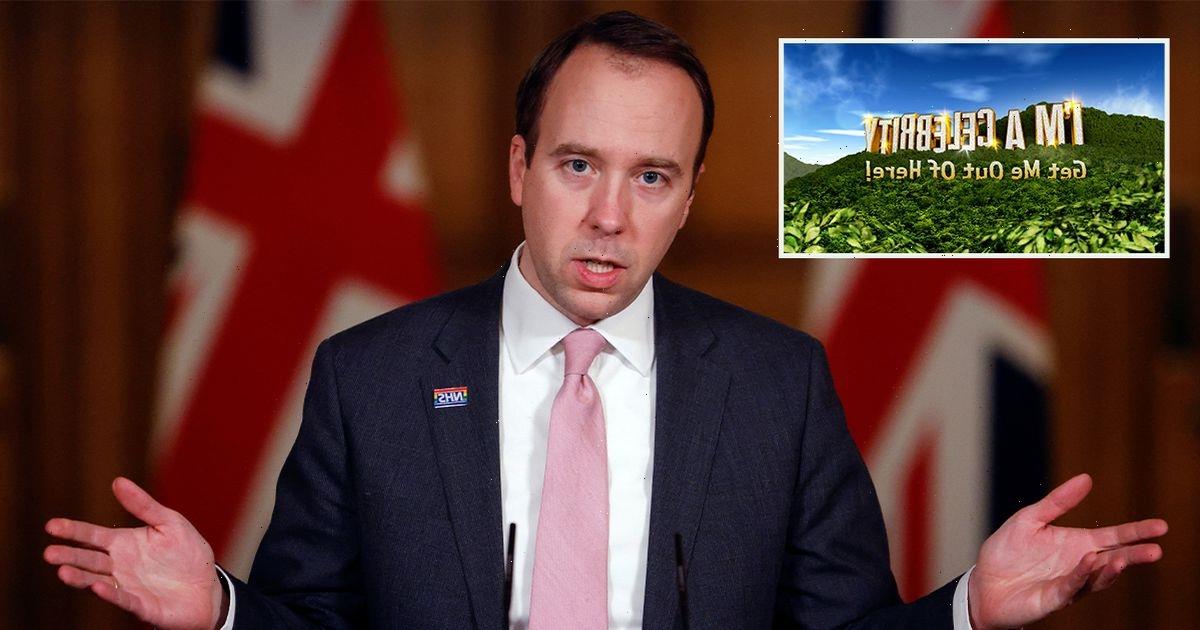 Lynne Franks, the inspiration for Eddie in Absolutely Fabulous, took part in 2007’s I’m A Celebrity… Get Me Out of Here! The 74-year-old PR guru has some harsh words of warning to this year’s campmate Matt Hancock, who bookies say is likely to be picked for every publicly voted Bushtucker trial…

By signing up to be in this year’s I’m a Celebrity, Get me Out of Here!, the former Health Secretary is laying himself open to getting himself voted to do the worst Bushtucker Trials that the show’s sadistic producers can think up, from eating kangaroo penises to being covered in fish guts and rats.

And I should know.

As the founder of one of the country’s top PR agencies and having been on the programme myself in 2007, I predict that he’ll receive revenge votes from the audience – people who had to listen to him pontificate during daily TV press conferences on how we should behave through the pandemic, while ignoring the rules himself.

After millions saw him get snubbed by the new Prime Minister Rishi Sunak on his first day in office, Hancock clearly thought his career in politics was over so why not make a total professional suicide leap by going on the show?

Despite Matt Hancock’s denials in the tabloids that he isn’t going for the big buck, but the opportunity to show the public what politicians are really like – heaven forbid – and will be giving some of his hefty fee away to his favourite charities, there is no question that his estimated high performance pay out must have been very tempting.

He has obviously reckoned on making himself a new career as a ‘celebrity’, but I suspect his obvious lack of charisma is not going to help him get on too many quiz shows other than as some kind of joke.

The thought of hearing his droning voice on the telly and the obvious scalping that is coming his way makes me shudder, and if it wasn’t for the far more likeable characters on the show such as former rugby player Mike Tindall and popstar Boy George, I may not even watch.

My own jungle experience 15 years ago wasn’t great thanks to some unpleasant campmates such as Janice Dickenson and Katie Hopkins, who were far more experienced than me on how to play the reality TV game.

My comedian son, Josh Howie, had warned me not to go on the show, but I took no notice and thought I would love it. Clearly I am good at advising others on their public image, but I am not so good at my own.

But I don’t regret it and was pleased with how I managed to win food for the camp in some of the most disgusting situations I have ever found myself in, like being pecked at by a flock of ostriches and being put down a dark manhole in the dark with all kinds of creepy crawlies.

I also became good friends with some of my lovely campmates, including the 2007 winner Christopher Biggins and presenter Cerys Matthews.

My guess for this year is that either Mike Tindall or Boy George will end up as King of the Jungle and I have no doubt that whichever of these likeable guys gets the crown, they will well deserve it.

Matt Hancock, on the other hand, may need to find a new career fast.”

Lynne Franks is the founder of the SEED Women’s Empowerment Network. Find out more about her workshops, retreats and Power of Seven leadership coaching at lynnefranks.com and follow her on social media @lynnejfranks