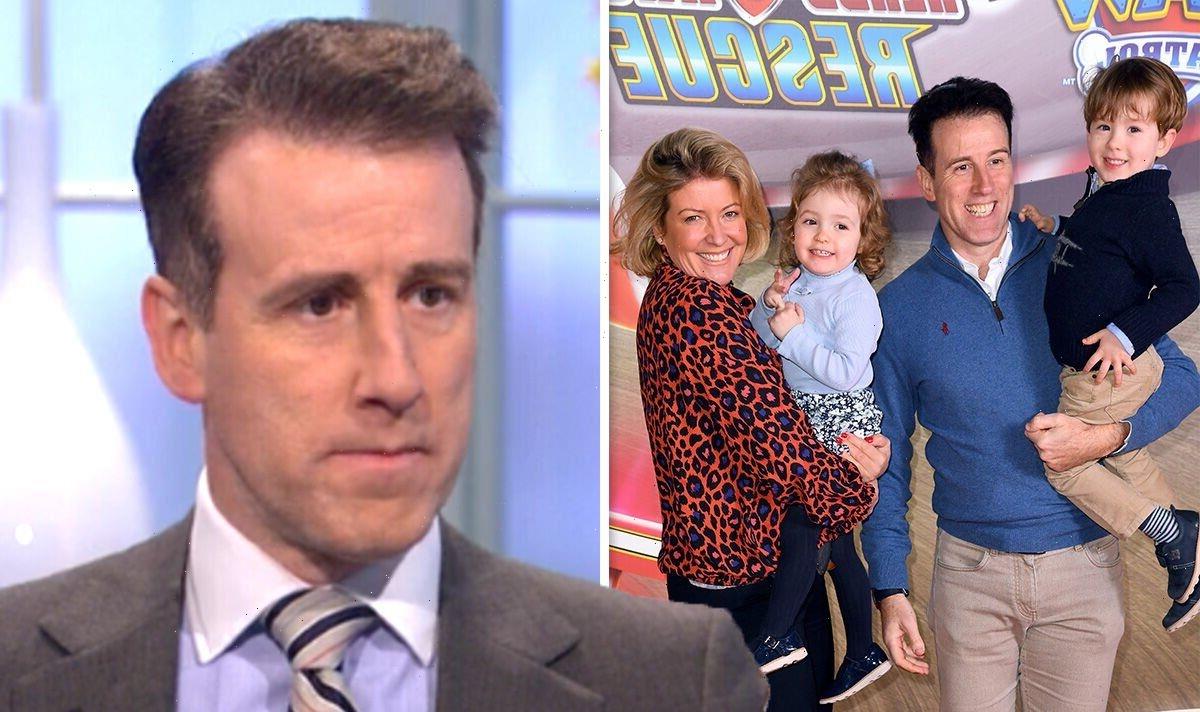 Strictly Come Dancing judge Anton Du Beke, 56, has reflected on the gruelling IVF journey his wife Hannah Summers, 46, was forced to go on in order to welcome their twins. He spoke openly about their fertility struggles, as he revealed Hannah’s ongoing battle with endometriosis.

Anton became a father for the first time in March 2017 when he and wife Hannah welcomed their twins, George and Henrietta.

The dancer spoke about the trials of becoming a parent on the Parenting Hell podcast, where he called Hannah “practically perfect” and lamented the irony that she wasn’t able to conceive naturally.

“She’s everything I thought she would be,” he explained. “I thought she’d be an excellent mum, always knew she’d be a great mum but she couldn’t have children.

“I thought, ‘Isn’t it funny how nature works in mysterious ways?’” Anton continued.

“The person I thought would be an incredible mum couldn’t have children – that’s the sad irony of it all.

“But as we had IVF we were able to have them in the end and I’m thrilled for me – because I’d have 100 [kids] by the way, because I love them” he admitted.

“But I’m thrilled for Hannah because she is amazing at it,” the Strictly star gushed.

Anton then went on to discuss the IVF process, saying: “We were enormously fortunate as we had one go but it was sort of a boot camp – we were hardcore at it.

“So it was really hard on Hannah – blood tests, injections every day –  it’s really difficult. It’s wonderful that it happened.

“Hannah had endometriosis and it’s something not spoken about much and I think she should talk about it – sharing is caring,” he said.

According to the NHS, In vitro fertilisation (IVF) is “one of several techniques available to help people with fertility problems have a baby”.

“During IVF, an egg is removed from the woman’s ovaries and fertilised with sperm in a laboratory. The fertilised egg, called an embryo, is then returned to the woman’s womb to grow and develop.

“It can be carried out using your eggs and your partner’s sperm, or eggs and sperm from donors.”

Meanwhile, the NHS describes endometriosis as “a condition where tissue similar to the lining of the womb grows in other places, such as the ovaries and fallopian tubes”.

“Endometriosis can affect women of any age, including teenagers. It’s a long-term condition that can have a significant impact on your life, but there are treatments that can help.”

According to Endometriosis UK, one in 10 women and those assigned female who are of reproductive age in the UK suffer from endometriosis.

Anton met his wife in 2010 when they were attending a dinner as members of the local golf club.

The pair got married in secret five years ago and welcomed their twins in the same year.