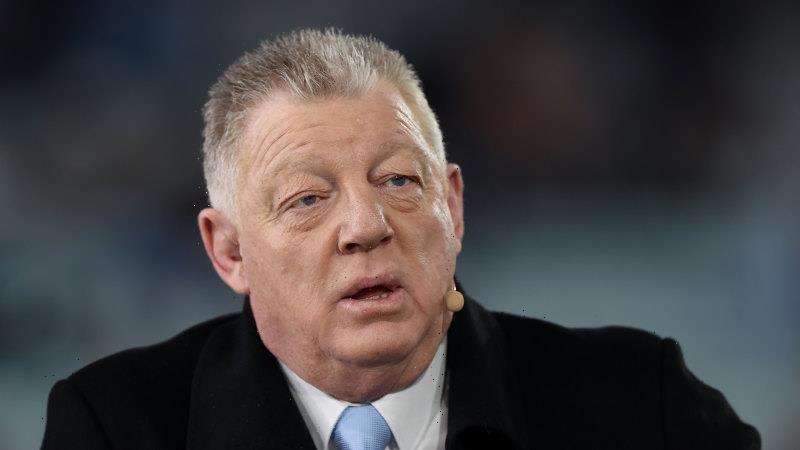 I do not often look to rugby league commentator Phil Gould for life advice. Our relationship is frosty at best. Phil blocked me on social media after I asked him if, when he’s under the weather, he ever says, “I don’t Phil so Gould.” Despite this, there is one Phil Gould line that comes to me at moments of true chaos in my life. It’s a refrain very familiar to rugby league fans, proven true time and time again, and repeated every time the ball is sent high into the sky:

“If you allow the ball to bounce, you are inviting disappointment into your life.”

This has become somewhat of a mantra for me, urging me to take control wherever I can, to not leave life up to fate. To put your destiny in your own hands rather than leaning back and muttering “I don’t Phil so Gould”. 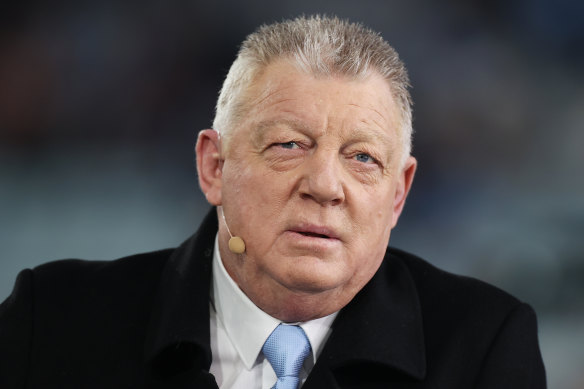 Mr Gould taught me that if you allow the ball to bounce, you are inviting disappointment into your life.Credit:Getty

Nothing is worse than someone actively attempting to be profound. You can feel the scarf knitting itself around their neck as they lean over, breath hot and fishy, letting you know the facts of life. Spare me. But wisdom found from an unexpected source is beautiful. It’s somehow extra special.

There are classics of this genre that get trotted out time and time again. An early ’90s quit screen attributed to Nintendo that says, “Everything not saved will be lost”. Or the deep philosophical question, “Do you think God stays in heaven because he, too, fears what he has created?“, which originates not from Nietzsche but Steve Buscemi in the film Spy Kids 2.

It is not always positive. When the Woolworth’s self-serve checkout asks me “Do you wish to continue?“, I wonder if it knows how hard that question is to answer some days.

There are certain forms of unexpected wisdom that I am not talking about. It’s become a tired trope for parents to age up their child and place impossibly profound statements in their mouths for social media clout. 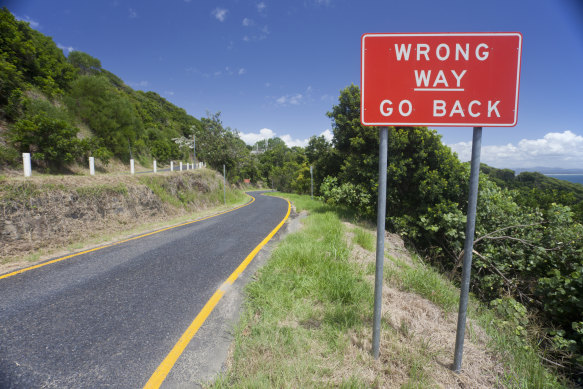 Wisdom can be found in the most unexpected places.Credit:iStock

One recent high-profile example would be Amal Clooney recounting her child drawing a prison and saying that Vladimir Putin belongs there. It’s not to me to decide whether or not this actually happened, or whether whatever geopolitical savvy that statement demonstrates is worth the inherent weirdness of a five-year-old drawing a prison as a punishment for Vladimir Putin. If anything, it shows a worrying endorsement of the prison-industrial complex and a naive solution that could not possibly be actioned without causing a third world war. That’s not my opinion, it’s something my 11-month-old told me as we discussed some of the finer points of Gore Vidal’s early work.

I receive no joy from hearing an adult’s political philosophy filtered through a child, but nothing delights me more than hearing a child’s wisdom. Like my niece, at the time about six years old and attempting to learn how to play chess, informing me that the queen should get to ride the horse because she owns the horse.

Finding delight in deep quotes from an unexpected source went viral recently thanks to its own unexpected source of wisdom, a TikTok trend. From there, we saw all kinds of examples: children’s films (particularly the apparently deeply philosophical Pokemon movie), the Animorphs series, Macho Man Randy Savage’s thoughts on toxic masculinity and overcoming hardship, and quote after quote from livestreamed Dungeons & Dragons games.

I think what this says about us is that we are all, at all times, searching for anything that can help us understand the world better. It’s interesting to me that so many of these examples can be found in content made for children. Partially, that must be because few other things are allowed to be so outwardly moralistic without making us cringe to our core. Also, the intended audience requires all things philosophical to be broken down into first principles. Perhaps it also speaks to when we come across these messages; we are either young and formative or older and retreating from something.

There’s a certain empowerment that comes from finding these little phrases and thoughts when you’re at a point of vulnerability. I’ve spoken often about what it meant to me, at a particularly stressful low point of my life, to have the server at a sandwich shop reassure me by letting me know that we cannot decide whether or not we like cucumber, only how we react when presented with cucumber, and how we let it impact our lives. It feels special to be gifted these nuggets of wisdom, or to notice them yourself in a street sign or error message. It’s this reassuring feeling that there is meaning in the universe just waiting for you to pay enough attention to notice and apply it.

It’s interesting to note as well that these things were all written by other people. Someone drafted the Nintendo message. Someone wrote that street sign. Pokemon: The First Movie – Mewtwo Strikes Back has three credited writers on IMDB. All this is to say that we are all figuring this out for ourselves all the time. The kindest among us then take whatever it is we’ve learned, however incomplete or simplistic the idea, and hand it down to those who follow us. There’s a kindness in that, as well as a beauty in the knowledge that those little thoughts are picked up and treasured by the people who find them. It becomes part of their psyche, their own guiding light in the darkness.

Now, so much of my life is defined by a dogged determination to not let the ball bounce. To take control of everything that can be controlled, and to save everything that deserves to be saved. It’s a simple message and it comes from the heart, believe in yourself for that’s the place to start. Those lines, of course, are from the theme song of a cartoon about an aardvark.

The Booklist is a weekly newsletter for book lovers from books editor Jason Steger. Get it delivered every Friday.