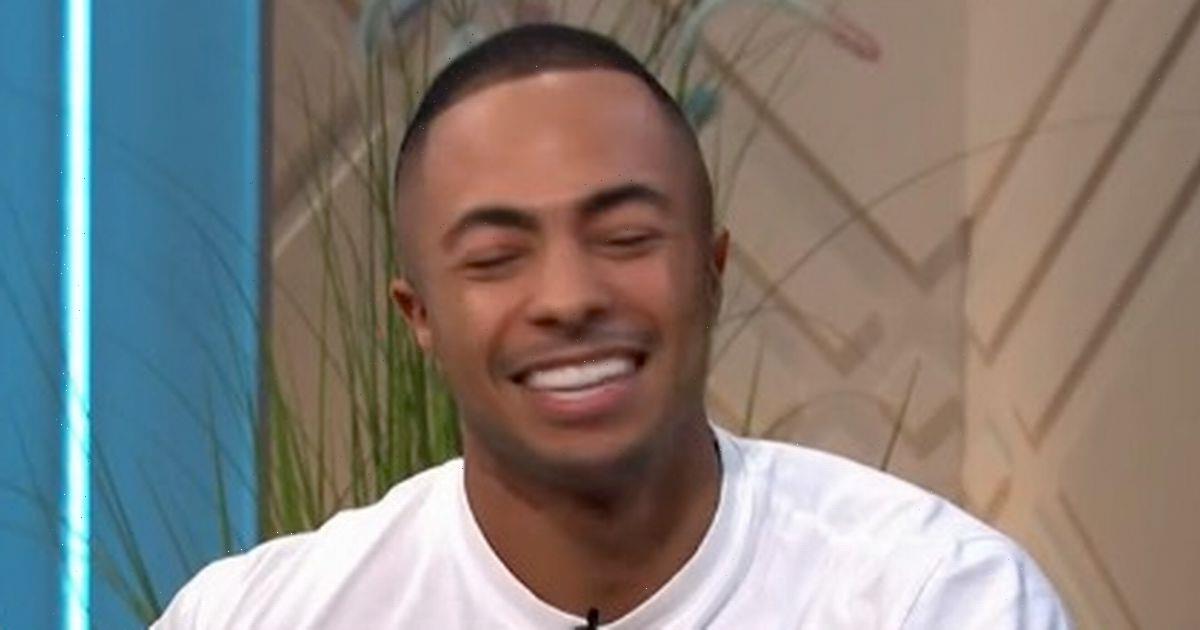 Lorraine Kelly left Strictly Come Dancing’s Tyler West blushing on Tuesday's episode of Lorraine as she grilled him about his love life.

Tyler, 26, appeared on the ITV show with his professional dancing partner Dianne Buswell to discuss the BBC One show.

However, chat soon turned to Tyler's love life as Lorraine, 62, said: "Now look, you're a beautiful, beautiful young man, I think we can all agree on that."

To which a blushing and giggling Tyler said: "Don't! Lorraine Kelly just called me a beautiful young man! I can't do this this morning, this is mad!"

Lorraine continued: "But honestly, you really are. First of all, I cannot believe that you are still single, it's ridiculous!

"But you're concentrating on your dancing, there's not time for all that malarkey!"

With Tyler agreeing: "No no no, no time for any of that!"

Grilling him again, Lorraine said: "Maybe afterwards?" before adding of his time on the show: "I think you could go the whole way, I really do, honestly, I really do."

Ending the interview, Lorraine added: "I cannot believe you're single, it's ridiculous, ridiculous!' as Tyler laughed.

It comes after Strictly Come Dancing’s Molly Rainford and Tyler sparked romance rumours after reportedly being spotted flirting at a swish celebrity event.

Molly, 21, and Tyler are both competing this year's series of the hit BBC show and they've also been spending time together away from the studios.

The duo were snapped together last week and a source has claimed their "flirty" antics have caught the attention of other Strictly cast members and crew.

Fans of the BBC singer and actress may have also noticed that she frequently leaves heart emojis in the comment sections of the Kiss FM DJ’s Instagram posts.

A Strictly insider told The Sun: “Everyone on the show is talking about how flirty the pair are.

“They’re both young and single and have really hit it off and so it feels like romance is on the cards.

“They always seem to be smiling and having a laugh.”

The source added that Tyler is “well known” on set for his banter and friendly nature, which has “definitely impressed” Molly.