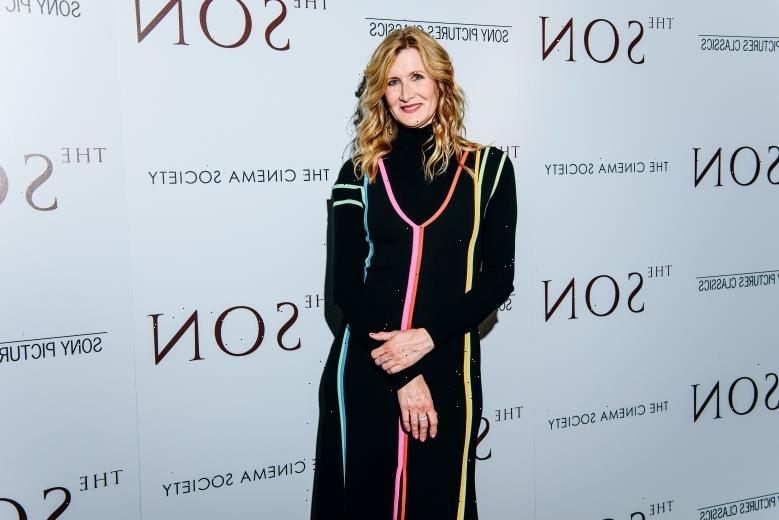 This week alone, Oscar winner Laura Dern played Taylor Swift’s evil stepmother in the Cinderella-inspired music video “Bejeweled” and lent her voice to the first episode of “The White Lotus” Season 2 as the angry, estranged wife of Michael Imperioli.

Dern was the voice telling Imperioli’s character Dominic Di Grasso to “fuck off” in the October 30 episode. After Dominic arrives at the White Lotus Sicily hotel with his father Bert (F. Murray Abraham) and son Albie (Adam DiMarco), he makes a brief phone call to his estranged wife Abby, voiced by Dern. Abby was supposed to be on the trip with the three generations of Di Grasso men, but after their marriage hit the rocks, Abby stayed stateside. Will Abby (Dern) appear in the series down the road? Just add it to one of the many mysteries afoot in the latest season.

Dern re-teamed with “Enlightened” showrunner Mike White, creator of the Emmy-winning “The White Lotus.” The fellow HBO series ran for two seasons before being canceled in 2013, but it remains a cult favorite among Dern fans.

Co-creator White previously teased that a third season of “Enlightened” could be in the works, but remains hesitant. “There was a lot of pain with the ending,” he admitted. “It’s like going into an old relationship where you’re like…let’s do something new.”

Dern added in 2021 that she has “talked about it” with White, saying via TV Insider, “Mike and I’s fantasy was always three seasons and we only did two so there was a real mapped-out third place to go.”

Meanwhile, “The White Lotus” Season 2 centers on sexual politics and gender roles, something that Dern’s Abby could easily get caught up in if she travels to join her husband and son in Italy.

IndieWire’s Ben Travers wrote in his review that Season 2 “examines the culturally dominant machismo that drives (cisgender, heterosexual) men to do, well, everything.” James’ and Sharpe’s respective characters embody the competitive streak of male bravado following career successes that threaten to “destroy their emotional states.”

“Attraction may lead them to the woman of their dreams, but it can also tempt them to cheat,” Travers wrote. “White’s deft scripts don’t so much cast blame as they spread it — over time, across families, and through generations. Rather than treat the patriarchy’s problems as a series of revelations, it probes the various elements within sexual politics that work to prop men up — and it does so through spicy, smart conflicts.”

For all the details on “The White Lotus” Season 2, click here.