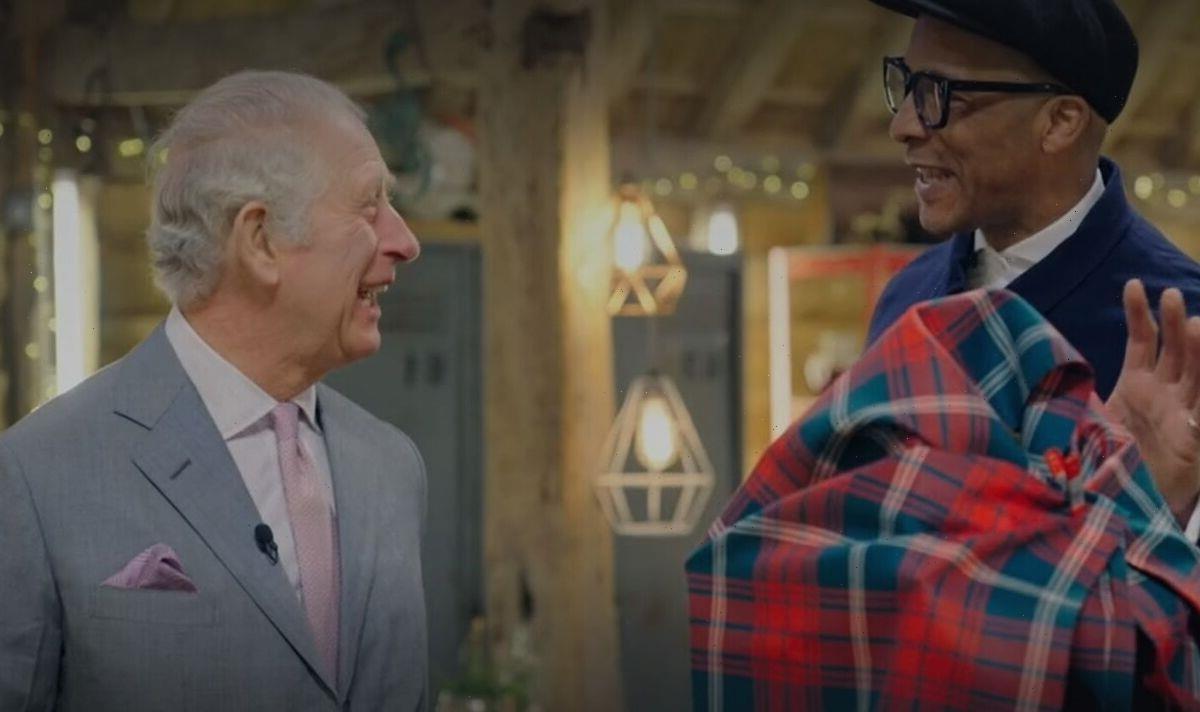 Jay Blades has refused to answer whether or not he will be working with King Charles III, 73, again, following their meeting on The Repair Shop earlier this year. The pair were set up to meet after the 52-year-old became a Building Crafts ambassador for the Prince’s charity in 2020.

King Charles, who was still the Prince of Wales at the time of filming, tasked the workshop team to help restore a couple of his items at Dumfries House in Scotland.

Fans were quick to praise how well Jay and the now King got on, leaving many hopeful that the pair could reunite again.

In a Q&A with his followers however, the furniture restorer remained tight-lipped about working with the monarch in the future.

Jay told fans he wasn’t sure if the royal would come back on the show, but refused to answer whether or not he’d personally work with him again.

As many more of his followers joined the chat, he was asked the question again.

“Erm, lets move on to another question,” he said prompting his wife-to-be to swiftly go to the next one on his Instagram Live.

Viewers did however notice that towards the end of the show, Jay said to Charles: “Don’t be a stranger,” as their meeting came to an end.

Addressing the comment, the presenter laughed: “He said he won’t be.”

While he remained quiet about a possible reunion, he went on to say that he liked the idea of the pair learning pottery together one day.

Another viewer told Jay how the royal seemed to “genuinely” like him as their on-screen banter was praised.

The BBC star thanked fans for their kind words and said the monarch was “a funny, down to earth guy”.

He went on to address whether or not he “broke royal protocol” by touching the royal during the episode.

Jay explained: “It is against royal protocol but also when you’re from the East End, you have a different type of protocol.

“It was kind of like East End meets West End and we came together.

“If you see how I touched him and he touched me, you’ll see it was mutual.”

On the official royal website, it claims there are no obligatory codes of behaviour when meeting a member of the Royal Family, but many people wish to observe the traditional forms.

For men, this is a neck bow (from the head only) whilst women do a small curtsy. Other people prefer to shake hands in the usual way.

For male members of the Royal Family the same rules apply, with the title used in the first instance being ‘Your Royal Highness’ and subsequently ‘Sir’.

The Repair Shop: A Royal Visit is available to watch on BBC iPlayer.