This devilish stop-motion horror comedy from Henry Selick and Jordan Peele can’t quite breathe life into its narrative. 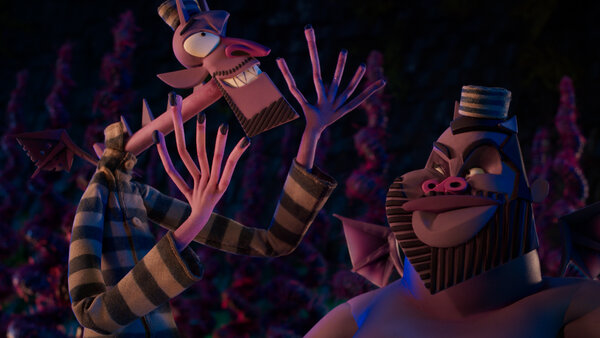 When you purchase a ticket for an independently reviewed film through our site, we earn an affiliate commission.

Why not try to resurrect the dead? Collect some demons in glass jars? Or summon a pair of demon brothers from among the “souls of the danged”? These seem like the ingredients for a wicked fun time.

But the devilish new stop-motion horror comedy from Netflix, “Wendell & Wild,” can’t get these pieces to double, double, toil or trouble into a cohesive dish of entertainment.

In the film, directed by Henry Selick, and written by Selick and Jordan Peele, a demon named Wendell (Keegan-Michael Key) and his brother, Wild (Peele), aim to hitch a ride up to the land of the living with the help of Kat (Lyric Ross), a teenage girl with a traumatic back story and a boombox called the Cyclops. Wendell and Wild hope to find a way to build an amusement park in the underworld that would put Six Flags to shame. However, Kat has her own plan for the demon siblings, and the repercussions soon spread to affect the whole town.

From juicy grubs to booger sculptures to sticky gelatinous goo, “Wendell & Wild” exhibits the same charming, if grotesque, ghoulishness and delectable phantasmagoria of Selick’s other Halloween classics, like “The Nightmare Before Christmas” (1993), “James and the Giant Peach” (1996) and “Coraline” (2009).

Key and Peele’s usually unstoppable humor and Selick’s signature combination of morbid terror and fanciful play, along with the film’s wonderfully diverse characters (including an Indigenous woman and a transgender boy of color) and its surprising sociopolitical messaging, seem like they’ll combine to make “Wendell & Wild” a new Halloween fave.

But the story lines feel far-flung and disconnected, and the limits and rules of this world’s magical logic are at turns underdeveloped and inconsistent. Though the movie has a delightfully raucous rock ’n’ roll sensibility, the dialogue lacks the wit and punch to match.

Every new character and narrative detail in the film — a mysterious janitor, a demonic teddy bear and a carnival of imps and fiends — is an unintentional red herring, not a purposeful misdirection but a residual of all the interesting places this film could have gone but never ventured.

It’s especially disappointing given the ways “Wendell & Wild” does succeed — the imaginative visuals and playful character designs, of course, and an interesting protagonist in Kat, a Black punk girl with eyebrow piercings, green hair (about 160 hand-curled strands of wool, according to the press notes, to replicate her natural hair) and no-nonsense platform boots. And then there’s the headbanging array of tunes from Death, TV on the Radio and X-Ray Spex.

You’d think demons would have the most fun. And yet, despite the countless courses “Wendell & Wild” could have taken, the route it does choose is, unfortunately, a dead end.