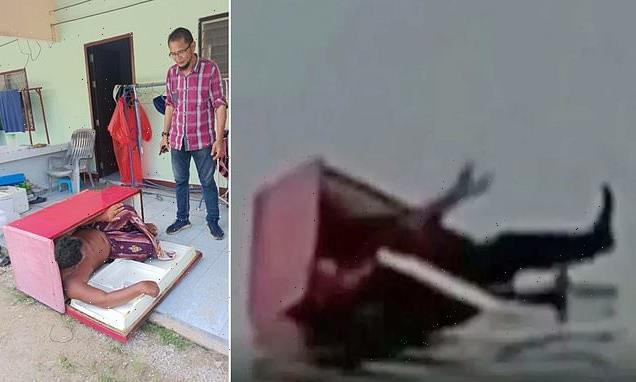 A fisherman has miraculously survived his fishing boat being capsized off the coast of Thailand by using his fridge as a lifeboat.

Anat Massoyot was rescued by a passing ship after spending six hours floating adrift in the Andaman sea off Thailand’s west coast on Sunday.

His long-tail boat was hit by a huge wave near Koh Lao Hang island in the country’s Krabi province miles from shore, and with no other vessels in the area, Anat was facing the prospect of near certain death.

But his fridge, typically used to keep his catch fresh until returning to shore, proved to be an unlikely lifeline and kept him alive and afloat for hours before he was plucked from the abyss and pulled aboard another boat. 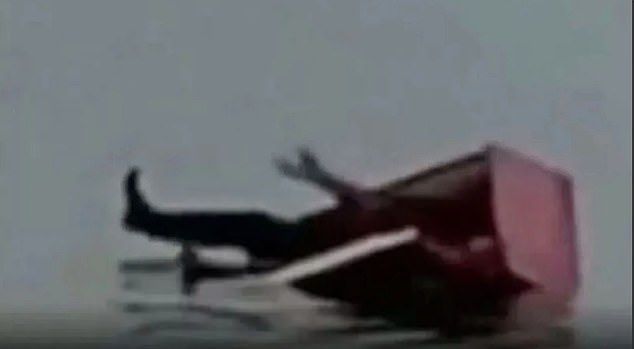 This grainy image shows Anat Massoyot moments before he was rescued by passing fishermen after his boat capsized off the coast of Thailand. Anat saved himself from certain death by clambering into his fridge and using it as a lifeboat 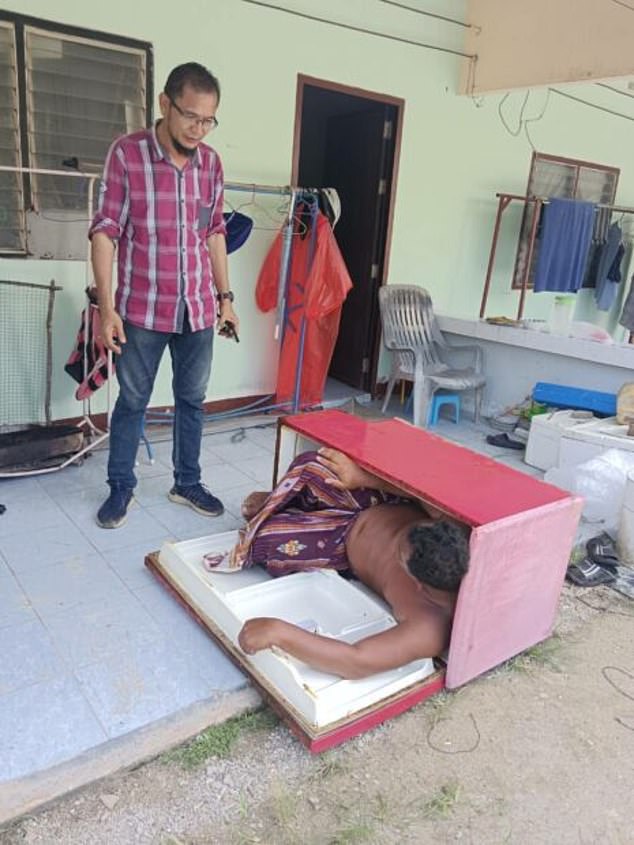 Setting off on Sunday morning, Anat said the weather had initially been calm.

But conditions quickly worsened and the sea grew more violent.

Disaster struck when one particularly large wave smashed into Anat’s boat, flooding it with water and damaging the hull.

With the vessel quickly taking on water, the quick-thinking 33-year-old decided his best chance of survival would be to use the refrigerator where he kept his catch of the day as a lifeboat.

Hurling the fridge into the water, Anat clambered into the makeshift raft alongside the fish, and began to pray.

Six hours later his prayers were answered when a passing fishing boat pulled the fridge out of the sea and found him huddled inside.

Arriving safely ashore, Anat recognised he had been extremely lucky not to perish out at sea.

But though his fridge had saved his life, it could not replace his fishing boat, which was his only means of making a living.

‘I didn’t know what to do,’ Anat said when he got back to shore.

‘I just waited and prayed. I’m happy to be alive.

‘But now my old boat is gone and so is my livelihood.’ 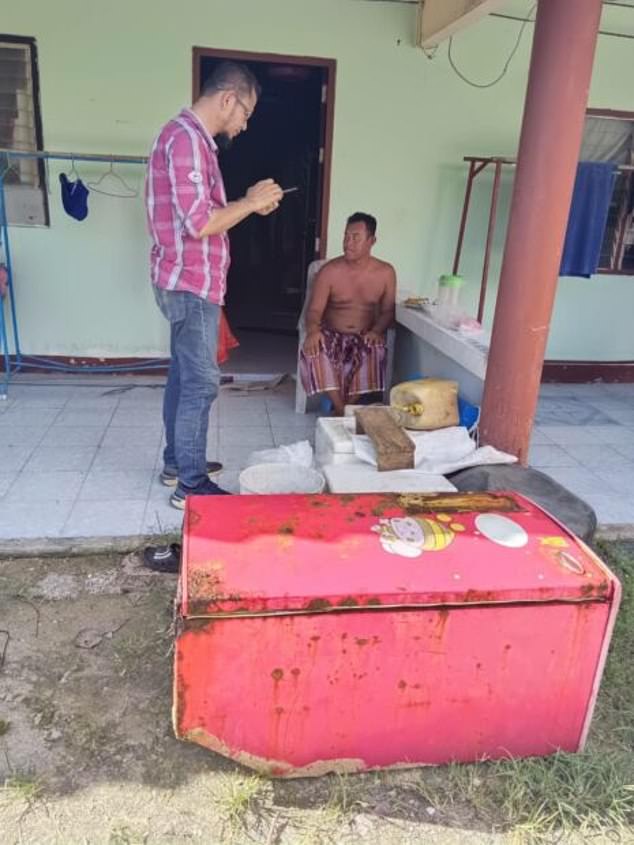 Hurling the fridge into the water, Anat (pictured seated) clambered into the fridge alongside the fish, and began to pray

The following day community leader Somsak Debbut mobilised a team to search for the remnants of Anat’s boat in the hope they could recover the vessel and repair it.

But the search team found no sign of the boat, even after canvassing the area of the sea where Anat was found.

Debbut has now contacted the local government to see if he can help raise funds for a new boat – Anat’s only way to generate income.

Local philanthropists, friends and family members have also offered to help get Anat back to sea and are making donations.