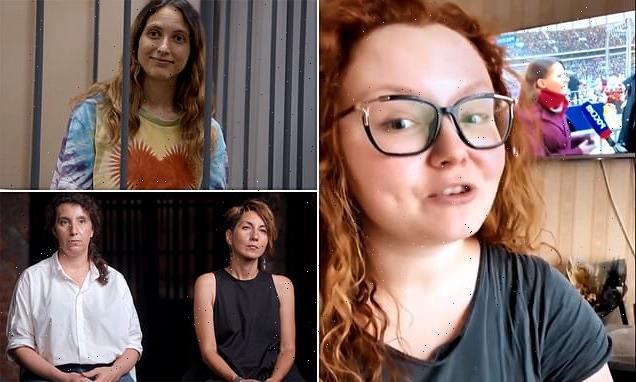 Putin’s war within Russia: The brave activists risking their lives and freedom to bring an end to Ukrainian invasion with guerrilla protest tactics

The names and faces of brave Russians defying Vladimir Putin’s crackdown to oppose the Ukraine war from within have been revealed in a new documentary.

Activists risking their lives to protest include Sasha, who is facing up to 10 years in jail for placing fake price tags containing anti-war slogans on supermarket shelves.

Another, Natalia, has been using a SIM card she bought while studying in the UK to broadcast anti-war messages on TikTok, while journalists and mothers Olga and Elena have been trying to document the true death toll.

Their exploits were captured by a documentary-maker who gave his name only as Vasiliy, who is also Russian, who said he wanted to show that not all of his countrymen support Putin’s war. 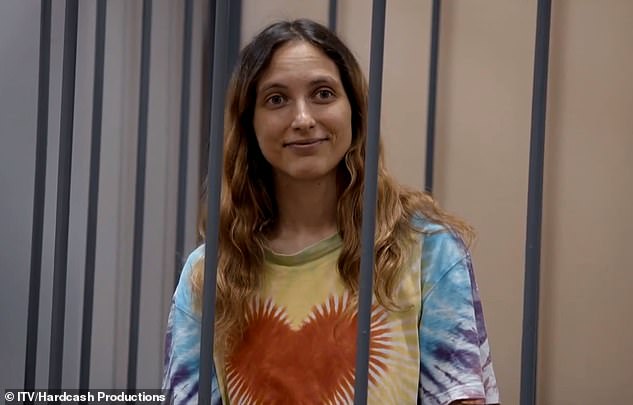 Alexandra, an activist, was caught putting up stickers in supermarkets with anti-war slogans and now faces 10 years in jail for spreading ‘false information’ 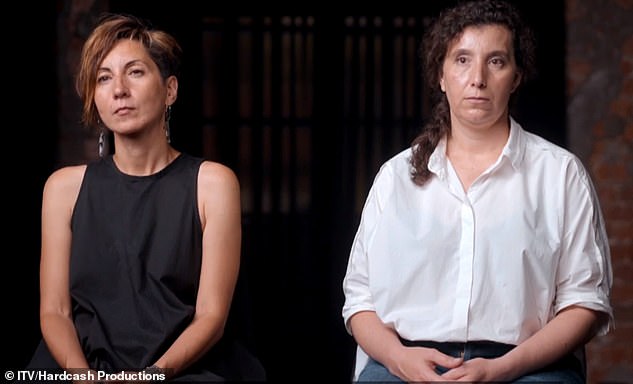 Elena (left) and Olga (right) have been trying to document the true toll of Putin’s war, and were arrested and interrogated by police

‘I think people are generally supportive of what is going on, and they see this as a great struggle between Russia and the collective West’, he said.

‘The Russian government wants people to believe that everyone is supporting the war. But it’s not true, it doesn’t work like that.

‘I wanted to give a voice to the people opposing the war that Putin started, who are opposing the repressions that are going on within the country.’

One of them included a message telling Russians about the March bombing of a theatre in Mariupol where civilians were hiding, killing an estimated 400 people.

Sonia, her partner, explained: ‘The official line is that this did not happen so it is considered a fake statement against the Russian army and therefore a criminal offence (punishable by up to 15 years in jail).

‘I remember well the day Sasha was arrested. She was informed against by a pensioner. Using CCTV they monitored her and tracked her to a friend’s house.’

Despite repeated attempts to get her released on bail, Sasha has remained behind bars since. In September, she was charged and now faces a lengthy jail sentence.

Another activist, Natalia, lived in the UK for 10 years until 2021 when she decided to return to Russia to be near her family – just months before the war broke out.

Though Russia has cracked down on news from outside the country and spoon-feeds its population propaganda via state TV channels, Natalia has kept in touch with the outside world using a British SIM card she brought with her.

Natalia also uses it to post TikTok videos documenting how the war is being presented to Russians while trying to cut through lies being peddled by the state.

Though her posts can get more than half a million views each, she has so-far managed to avoid being caught by police – though she did have a ‘Z’ war symbol scrawled on the wall outside her house.

Despite the implicit threat, she vowed: ‘I would rather put myself in danger than just being quiet about it.’

Olga and Elena are both journalists and mothers from the Baikal region of Siberia, who founded a magazine called ‘People of Baikal’ two years before the war.

As Putin launched his invasion, they both knew that a crackdown on independent media would inevitably follow – which would mean their magazine being either censored or shut down.

But they both decided on the first day of the war to continue publishing uncensored ‘whatever the cost’ and began covering protest movements.

Soon, coffins began arriving back home and it became quickly apparent that Russia was not being truthful about the number of troops it was losing – so the pair switched focus to document those being killed in their region.

They now publish an online database which contains more than 400 names of soldiers from Baikal who have died fighting.

The pair also track down the relatives of those who have died to find out why they went to war and how they were treated.

In the film, they speak to relatives of one young soldier – Yura – who was killed in Mariupol back in March.

His family claim he ran off to join the militia of the Donetsk People’s Republic in March 2021 because a criminal conviction prevented him joining the regular army. 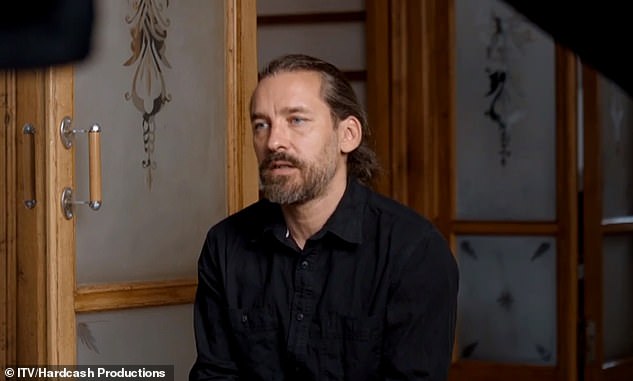 Vasiliy, a documentary-maker, said he wanted to show people that not everybody inside Russia is in favour of Putin’s war – though he admits that most people are

They say he was supposed to return in March this year, but all troops were prevented from going as the war got underway in late February.

Yura, his commander and one other comrade were killed by falling masonry as they tried to storm the city – where they stayed buried for ‘a long time’ until their comrades finally dug them out.

The squad had to pay for a car to transport Yura’s body home, where his family had to pick up the costs for his funeral. As a member of a militia, he does not qualify for state payments issued to families of regular soldiers who die.

But their work has come at a price. The pair were taken in for questioning by police and subjected to intense interrogation.

While they were not arrested, they have moved to get their families out of Russia to protect them and their own future in the country is uncertain.

Meanwhile documentary-maker Vasiliy has also been forced to flee in order to avoid Putin’s order to press 300,000 reservists into the military.

Natalia, meanwhile, says her own future in Russia is in doubt following the death of her father from cancer.

Her mother has been completely swallowed by Russian propaganda supporting the war, meaning she has few reasons to stay – and fears for her safety.

Inside Russia: Putin’s War at Home is on ITV at 10.45pm tonight