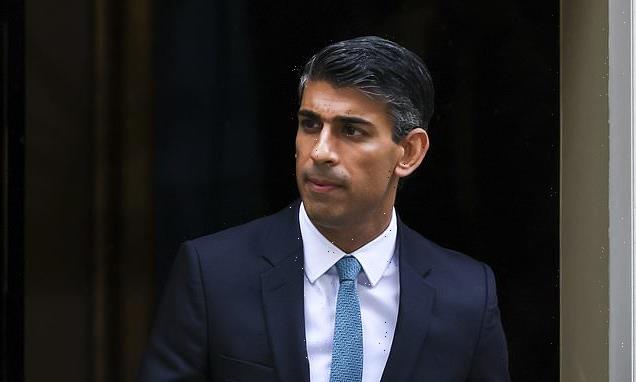 Enough of the gloomsters! Yes, we face a tough couple of years. But, says City Editor ALEX BRUMMER, Britain is far better placed than many to ride out the economic storm

No one should underestimate the scale of the task facing Rishi Sunak and his Chancellor Jeremy Hunt as they seek to plug the black hole in the public finances, bring down inflation and turn around a misfiring economy.

It is a daunting agenda after Liz Truss and Kwasi Kwarteng played havoc with the markets, temporarily endangered the pensions of 10 million people and massively ratcheted up the costs of mortgages for countless homeowners.

Inflation is rampant — and Britain’s current rate of 10.1 per cent brings with it the threat of impossible wage demands and diminishes the value of savings for everyone. 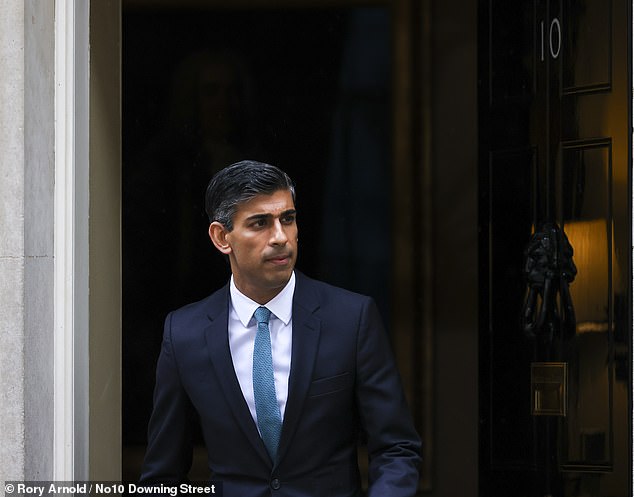 No one should underestimate the scale of the task facing Rishi Sunak and his Chancellor Jeremy Hunt as they seek to plug the black hole in the public finances, bring down inflation and turn around a misfiring economy

Our nation’s naysayers have leapt with glee on our apparent travails. The Economist magazine could not resist a cover showing a Britannia figure with Liz Truss’s head on it, saying ‘Welcome to Britaly’.

The clear implication is that this country is in such a mess — both politically and economically — that it is even more chaotic than Italy.

Another publication seemingly determined to take Britain down is the New York Times. In a front-page article in its European edition this week, it sought to disparage the Prime Minister by suggesting the wealth of his family means ‘he remains deeply out of touch with the country’.

And, inevitably, the BBC played its part, too. On Radio 4’s flagship Today programme, it chose this week to feature the eccentric financier Guy Hands to pronounce at length on the British economy. 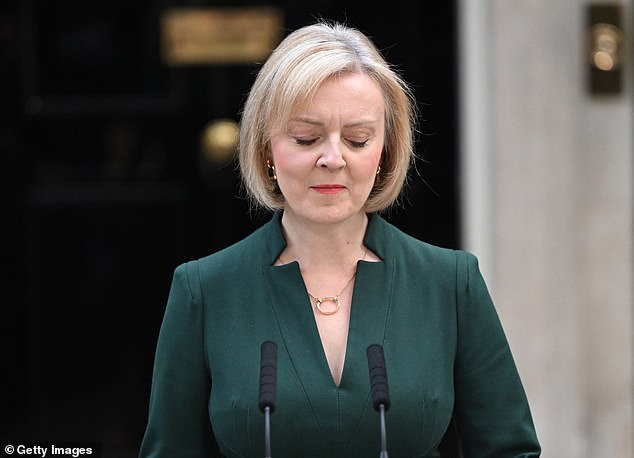 Our nation’s naysayers have leapt with glee on our apparent travails. The Economist magazine could not resist a cover showing a Britannia figure with Liz Truss’s head on it, saying ‘Welcome to Britaly’

Hands, a fanatical Remainer — who left these shores more than a decade ago to become a tax exile in Guernsey — duly declared that the UK is ‘on a path to be the sick man of Europe’; our economy is ‘frankly doomed’, and that our government may soon be heading to the International Monetary Fund for a loan, as it did during the sterling crisis of the 1970s.

Can things really be as bad as these gloom-mongers claim? Has the Truss/ Kwarteng partnership really dealt us such a mortal blow?

As I said, we are in for turbulent times. And given our predicament, it is hardly a surprise that the new government has decided to postpone its planned fiscal statement, which had been due to take place on Monday. 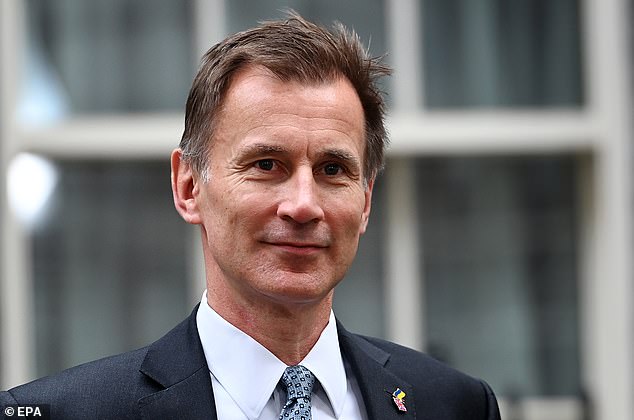 Instead, we can expect a full Autumn Statement on November 17. This gives the Prime Minister and Chancellor time to assess the data robustly, and make — in the words of Mr Hunt — some ‘decisions of eye-watering difficulty’

Instead, we can expect a full Autumn Statement on November 17. This gives the Prime Minister and Chancellor time to assess the data robustly, and make — in the words of Mr Hunt — some ‘decisions of eye-watering difficulty’.

Yet it is possible to overdo the gloom. Indeed, to take these doom-mongers at their word would be the utmost folly.

For while the next couple of years are going to be a tough slog, Britain cannot allow itself to be caught up in the narrative of despair propagated by the Opposition and the Remoaner media.

Let us take, for example, the comparison with Italy.

Our level of debt to total output is less than 80 per cent, whereas Italy’s is a colossal 182 per cent and its fragile banking system is held up by massive loans from the European Central Bank.

What is more, now that the chaos of the Truss government has gone, so too has last month’s bedlam in UK bond markets. In fact, the interest-rate yield on UK gilts — which determine bank borrowing and mortgage rates — has fallen way below those in Italy. 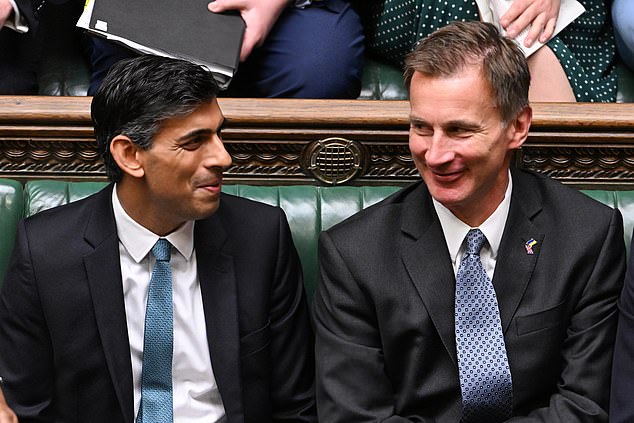 Yet it is possible to overdo the gloom. Indeed, to take these doom-mongers at their word would be the utmost folly

Look at other countries in Europe. The UK’s debt to GDP (total output) ratio is lower than every other G7 advanced country except Germany which, unlike Britain, is still worryingly dependent on Russian gas.

As for France, while we hopefully enter a period of stability and sensible politics with the Sunak government, the nation is beset by the turmoil of strikes, fuel shortages — with some 30 per cent of petrol stations running dry — and endless protests. The truth is that any comparison with European countries today shows Britain in a favourable light.

Meanwhile, gas prices have fallen to their lowest levels since June, in a huge boost to the public finances the Chancellor will address in his Autumn statement.

The reason is that supply bottlenecks caused by the huge surge in demand post-Covid are finally easing — lockdowns during the pandemic and port shutdowns in China meant that supply chains were under immense pressure, and we saw the fastest price rises in advanced economies in decades.

Now, thankfully, they are beginning to function properly again which once more will help this country’s coffers.

Then there is Britain’s innate potential. Instead of force-feeding us a daily dirge of gloomy outside broadcasts from food banks and soup kitchens, the BBC could surely spend a little time during its 100th anniversary celebrating the nation’s triumphs — from satellite communications to the creative industries.

A true assessment of what is happening might come from our over-stretched airports where the Office for National Statistics reports traffic is back up to 77 per cent of where it was before the pandemic.

Families flying overseas for half-term and business people scurrying to do deals across the world simply do not chime with Keir Starmer’s charge that the Tories have crashed the economy. 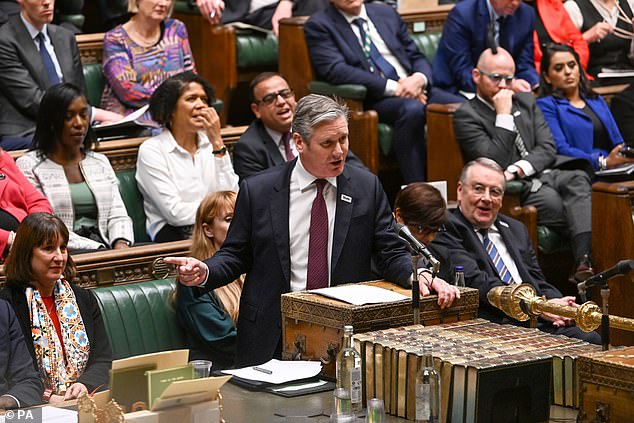 Despite the immediate difficulties, there is good reason to believe that with the right policies, tax cuts will come in the future and the UK’s resilient economy will emerge from the malaise stronger than it has ever been.

After all, thanks largely to Rishi Sunak’s furlough scheme, Britain still has near full employment.

When people are working, that boosts taxes on income and spending.

Over recent years we have seen tax revenues outperforming forecasts on a regular basis, closing the shortfall in the public finances far more quickly than expected.

In the first half of the year, when the U.S. was in technical recession and Europe almost at a standstill, the UK grew in spite of over-gloomy forecasts from the Bank of England. 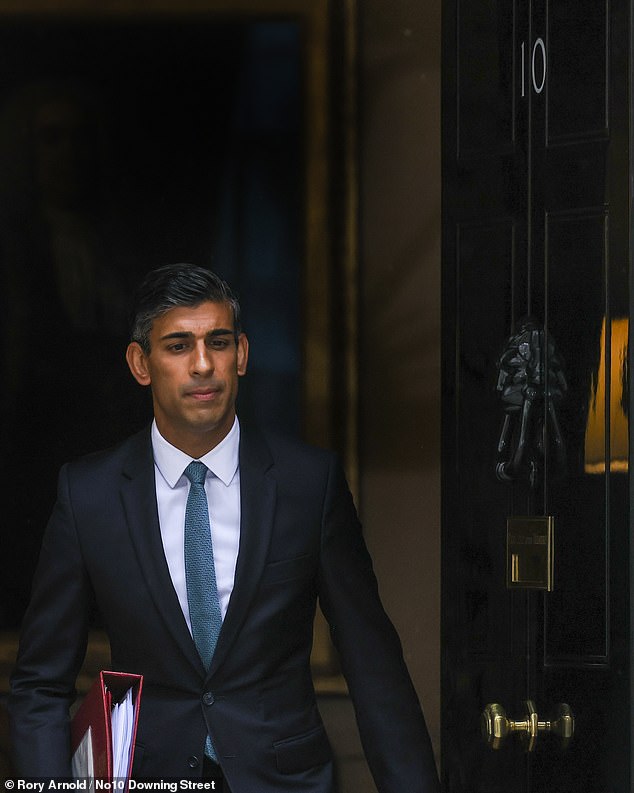 After all, thanks largely to Rishi Sunak’s furlough scheme, Britain still has near full employment

The nation is becoming so besmirched by negativism that I fear people are unwilling to lift their eyes and see our achievements, such as the futuristic Bond Street underground station in the capital, with the longest platform in Europe, and the newly-opened and restored Battersea Power Station.

Overseas buyers continue to swarm around the UK’s great high-tech companies, with the satellite company Inmarsat among recent targets. A survey this week of top private equity managers from around the globe found that as many as 70 per cent saw the FTSE100 as the most attractive place in the world to invest.

And let us not forget that the last month alone has seen UK-owned life sciences company AstraZeneca, the hero of Covid-19 vaccinations, win approvals for new medicines for ovarian cancer, muscle weakness and a liver cancer treatment in the U.S.

There is no doubt in my mind that, in spite of the political and economic tornadoes we have faced, the post-Brexit dream of a successful Britain is far from dead.

For too long, the denigrators have dominated the conversation about Britain. The truth is that this country is in a good position to navigate its way out of desolation and despondency — and we should proclaim it from the rooftops.