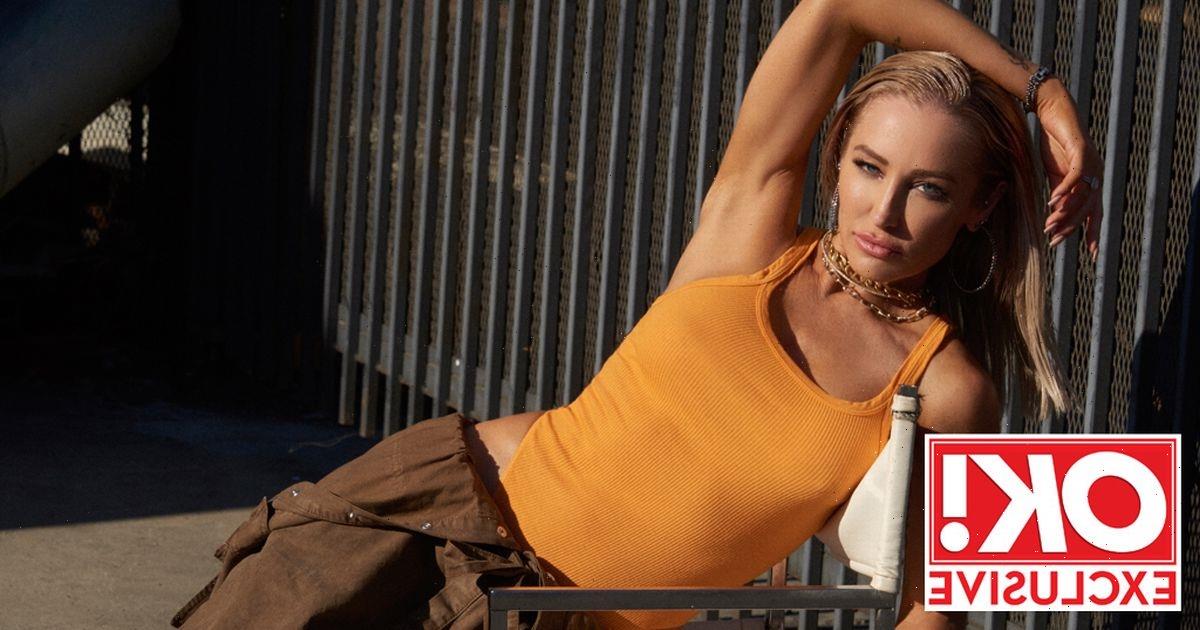 It’s 10am and Selling Sunset’s Mary Fitzgerald and Romain Bonnet have woken up at their luxury holiday villa in Mykonos. Retreating from their hectic lives in Los Angeles, the couple are on the trip with the Oppenheim twins, Brett and Jason, and their new girlfriends, tattoo artist Samantha Abdul and model Marie-Lou Nurk, who they met on the same Greek island earlier this summer (plus a casual crew of 30 other friends).

The week-long getaway is a welcome escape for the married couple, who are recovering from a crushing blow to their plans to start a family. While they’re not ready for a baby just yet, they began the costly process of freezing their embryos as a precaution in June and were devastated when the $25,000 attempt failed.

“We’re going to have to start the second round of it this month,” says Mary, 42, who met the French model while he was looking for a house after relocating to LA five yeas ago. “We can’t really waste any more time because of my age. I’m a little nervous about doing it again. I don’t like failure. It’s so sad – as women, we spend so many years trying not to get pregnant, then when you want to and you try it’s impossible.”

“If we had the choice we would wait a tiny bit more,” says Romain, 29. “I never thought about having a baby any time soon but I know we have a timeframe.”

If there’s any couple to root for on the Netflix reality show – which follows the lives of an elite team of estate agents at The Oppenheim Group, a high-end real estate broker in Beverly Hills – it’s Mary and Romain. Over the course of five series, we’ve watched them fall in love, get married and start thinking about having children of their own. Mary is already mum to 25-year-old son Austin, who she had when she was 16 and raised single-handedly.

The couple started the embryo-freezing procedure at a fertility clinic in Brentwood – a 40-minute drive from their home in Studio City – full of optimism. Mary was under sedation for the surgery, which she said was painless, and the couple were overjoyed by the news doctors had retrieved 15 eggs, seven of which got fertilised. But none were viable when it came to genetic testing.

“I was at home when the doctor called and told me,” says Mary. “I was shocked. I just didn’t anticipate that at all, but he said it’s normal for someone of my age and that’s actually why so many pregnancies end in miscarriage, because typically the embryos, if they are abnormal, your body just naturally miscarries them.

The struggles of raising a child alone when she was still a teenager herself have made Mary more cautious about doing it all over again. Racked with guilt about needing to have several jobs while her son was young is a trauma that has stayed with her, even though she knows this time she’ll have her husband supporting her.

“I’ll most likely be the one waking up during the night,” says Romain, laughing. “I’m an early bird and she’s a night owl.”

“He’s going to be a great dad,” says Mary. “That’s the thing that makes me very comfortable with having a baby with him. I didn’t have that the first time and it terrifies me. It was so incredibly difficult and that’s why it’s taken me so long to get ready and do it again. I wouldn’t change it, because I love my son so much, but I never want to do it again alone.

"I made so many mistakes trying to figure out who I was and just trying to get by. I felt guilty constantly, like I wasn’t doing enough. I was working multiple jobs and was just picking him up from one sitter and dropping him off to another one. I was going to college, doing clinical work at a hospital and working at
a steakhouse as a hostess.”

Her strong work ethic paid off when in 2008 she got her real estate licence and landed her luxury realtor job at The Oppenheim Group, of which she is now vice president, six years later, selling properties for the rich and famous.

“I still get that mum guilt,” she says. “It doesn’t allow me to be super proud of myself. I just always want to be better at everything. But I’m very proud that I made it through and I have such an incredible son. He’s in the air force.”

As Mary has had her contraceptive coil removed to start the egg-freezing process, the couple are having to be more careful while they consider when is the right time to have a baby. One of the major issues putting them off is that they barely see each other for more than an hour a day due to long hours at work and filming series six and seven of Selling Sunset back-to-back over the next eight months.

“It’s very difficult,” says Mary. “My mind automatically goes to my future, our future, the show and all the opportunities that are in front of us. We know we’re on a timeline but we also know how difficult everything is. We don’t have enough hours in the day as it is, so it feels unfair to bring a child into the world when we barely even see each other.

"He’s gone before I wake up at 5.30am and then comes home around 6.30pm – then we’re both on the phone working, trying to finish things up with clients and he goes to bed around 9pm. We see each other for maybe an hour.

“We’d have to make changes. It’s just making that decision – ‘Are we really ready to just give up opportunities and slow down?’ My thoughts have changed a lot recently, though – I think if it happens naturally then it was meant to be. I’ve already done it once and if I can handle that, I can handle anything.”

It’s not only the pressures of looking after a baby that are weighing on Mary’s mind. Her body is in great shape and she is apprehensive about the impact pregnancy would have – so much so she has considered using a surrogate.

“There’s something magical about pregnancy, but I’ve tossed around the idea of a surrogate… It’s superficial, my body won’t bounce back the same way it did when I was 16, but ultimately I decided that it’s not for me. You know, they have all the Mommy Makeovers, and I decided if my body didn’t bounce back I’d spend $100,000 on the Mommy Makeover. I’m a little too honest!” she adds, laughing. “I honestly think I need the bonding too. In pregnancy there is just a natural bonding that happens. I feel like I’m just so career-oriented that I need that time with the baby before it comes.”

“When she talked to me about a surrogate, I’d never heard about that,” says Romain. “Back in France, I’d never met anyone that did it, so for me when she even mentioned it I was like, ‘What is that? There’s people that do that!’ If I’m honest, I was happy when she said she didn’t want to do it. I’d love to see my wife pregnant. I’ve never had the chance to live it with anyone else – I’d like to experience it together.”

Mary’s second round of egg freezing this month will involve administering injections to stimulate her ovaries for around 12 days, ultrasounds and bloodwork. And while she didn’t struggle with any hormonal side effects last time, the worries about it not working after a second attempt are proving stressful.

“I try not to dwell on it because it’s just going to stress me out,” she admits. “There’s not a lot I can do about it. The timing isn’t perfect – it’s difficult with filming. I have no idea how I’m going to carve out all the extra time. I have to go in every morning to get bloodwork done, ultrasounds, new medications, do all the injections, make sure I take all the medications with me when I’m on set because last time we weren’t filming.

"You have to do certain injections on the dot – it’s two a day, sometimes three. Thankfully, I wasn’t too emotional last time. All the injections didn’t make me too crazy. I didn’t kill Romain so that’s good!”

“I’m surprised that Mary has been so in control of her emotions, especially when she was having the hormone injections,” says Romain. “At first I was like, ‘What am I going to get at home?’ but she was amazing.”

Mary and Romain tied the knot in a courthouse ceremony in 2018, but didn’t tell anyone about it. Instead they staged an engagement in season one and walked down the aisle in a backyard wedding for season two. Now, after four years, they are going on honeymoon to Bali in December, which will be their only time off, just the two of them, this year.

“The first time we were supposed to go on honeymoon was just as the pandemic hit,” says Romain. “We got to the airport and were refused entry – they were shutting down all the borders. Then we couldn’t go for two years.”

While Selling Sunset comes hand in hand with high drama, the couple say their castmates, including Heather Rae Young, who is pregnant, have been “incredibly supportive”, but it’s not all happy families on the show. Chrishell Stause has already hit out at one of her co-stars for being “fake” during filming.

“The drama has already started,” Mary teases. “It’s coming from a place I didn’t expect but, as usual, I’m stuck in the middle of it. It’s really stressing me out.”

“I try to see everybody’s view and fix the issues,” says Mary. “This one, though – I don’t want anywhere near it because I love both people involved. They can just deal with Jason.”

And on 45-year-old boss Jason’s new romance with German model Marie-Lou – who said she had never seen an episode of Selling Sunset before she met Jason – Mary adds, “They’re very happy. She’s such a sweetheart.”