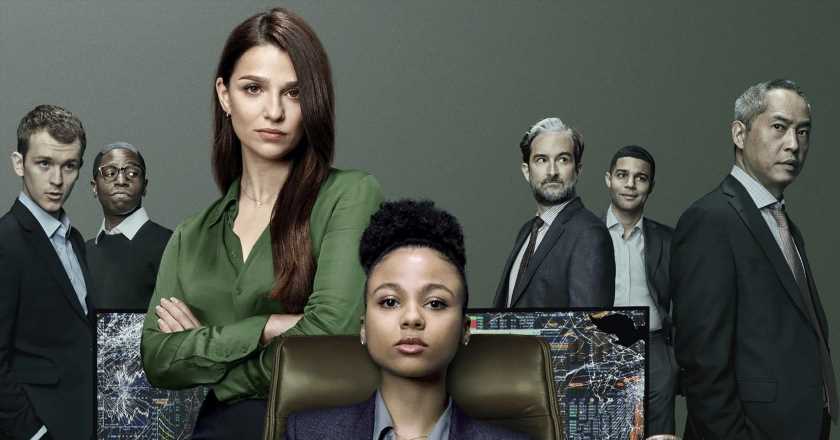 Banking, sex and drugs all collide in Industry, and just as we’re enjoying the second season, HBO has now confirmed it’s been renewed for series three.

If you’ve been anywhere on social media recently, you’ll know that one drama in particular has gotten everyone talking. BBC’s Industry returned to our screens for season two in late September, and while many of us have binge-watched it already, episodes are released every Tuesday for all of us week-by-week watchers to enjoy also.

Whatever your streaming habits, it’s safe to say that the second series has us just as hooked as the first, and this time round, we’ve been enjoying the charged up feel of it all, especially since the group of graduates no longer have their rookie status to hide behind anymore. Although it’s a post-Covid world we’re following in the new series, it doesn’t mean it’s any less high-octane or nail-biting. Mix in a heavy dose of sex, drugs and scandal and it’s easy to see why we’re excited at the news of the series renewal.

That’s right, HBO has now confirmed that we’ll be treated to a third season of the hit drama. The pick-up arrives a month after the show’s eight-episode sophomore run concluded in the US.

“We’re incredibly proud of what Mickey and Konrad, Jami O’Brien, Jane Tranter and the team at Bad Wolf, together with our entire cast and crew, accomplished. We couldn’t be more excited to continue our journey with them into season three.”

Industry is co-produced with the BBC so while it airs on HBO over in the US, we know it’s likely that the series will be returning to our terrestrial airways when it’s released.

It’s official: HBO have renewed Industry for a third season.

As for what the third series will be about? Well, it’s understandably being kept under wraps for now. But it’s a future plan that has been plotted for some time now, according to the series co-creator Konrad Kay. Speaking to RadioTimes, he admitted that he and co-writer Mickey Down are “pretty far along” in plotting the show’s future.

“I mean, the truth is, we’re always far along because regardless of whether we get to do it again, me and Mickey been living with these characters for six years.”

Kay previously said that he and Down “really want” to explore the further misadventures of Pierpoint’s fiercely ambitious young graduates. “It was a huge privilege to do two [seasons] and we’re very happy with the second season, but we’d love it for it not to be the full stop on this series.”

Well, it most certainly isn’t. Although the series reached a whole new sense of drama in the second season, we can’t wait to see how that’ll progress in the third series. And it’s safe to say that fans are more than excited for it, judging from Twitter reactions to the good news.

Amid all the drama and tension, Industry has succeeded in providing us some great thought-provoking female characters, particularly in Harper (Myha’la Herrold).

And if the season two finale is anything to go by, an action-packed third series is definitely on the horizon.

While further details for the upcoming season are yet to be announced, we’ll be sure to keep you updated once we know more.