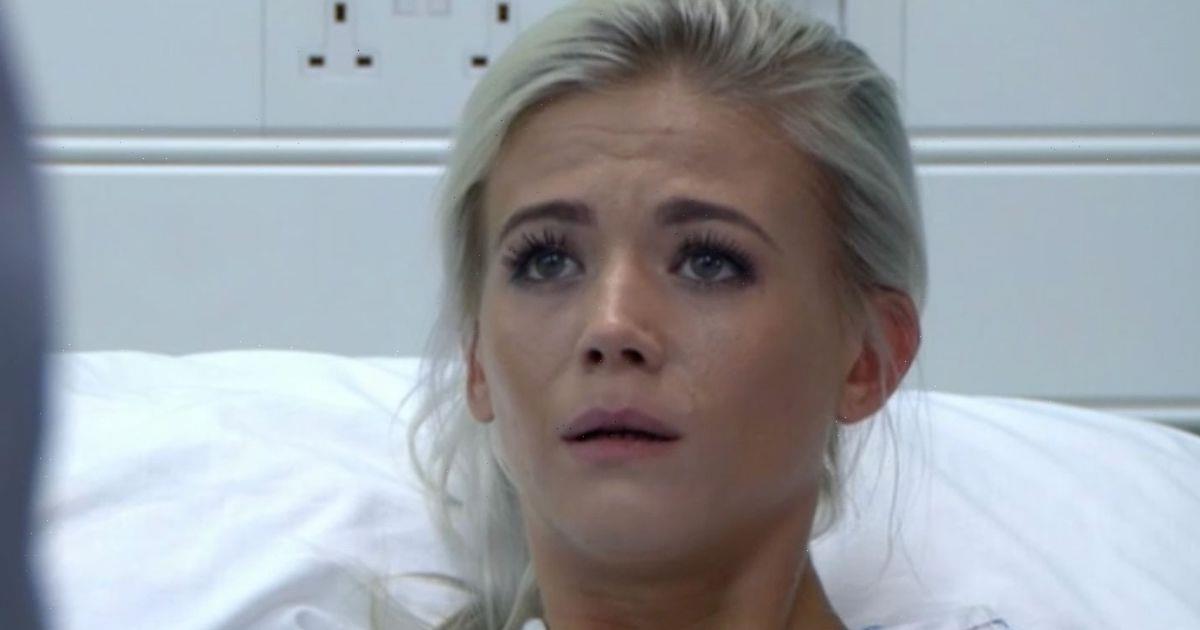 EastEnders fans were left distraught after recent scenes with Lola as she faces her cancer diagnosis head on.

The fan favourite character was recently found in a public toilet after suffering from a seizure.

Jay helped her up and took her to the hospital where they found a large tumour on her brain and her worst fears were confirmed – cancer.

The doctor told her that they need to operate but there may be pieces of the tumour left behind, which would result in chemo and radiotherapy.

Both Lola and Jay were visibly upset at the news as Lola insisted on discharging herself so that she could return to normal life until her scheduled operation.

Fans took to social media to share in their sadness and speculated that Lola's death may be just around the corner.

One tweeted: "Killing Lola off is such a stupid mistake."

Another typed: "Listen, just don’t kill Lola off before Christmas."

A distressed viewer also added: "Lola's f***ed, they'll drag it out [until] Christmas Day though."

Later on in the episode, Lola returned home and tried to act as though all was well.

She told Jay off for fussing over her and withheld her diagnosis from her family when they asked her how the hospital visit went – she told them all was "totally fine".

Jay managed to convince her to tell them about the cancer, which left Billy in pieces.

The family gathered in the front room as Lola relayed the news and everyone had to gather themselves before they could talk about what comes next.

She urged them to remain positive, just as she is, but they were concerned about how one person will react to the upsetting news.

Lola has yet to tell her daughter Lexi about the cancer diagnosis and her big operation, but she asked her loved ones to keep quiet about the illness until she is "ready" to tell people.

The actress recently starred in her 1,000th episode of the beloved BBC One show.

This is a breaking showbiz story and is being constantly updated. Please refresh the page regularly for the latest news, pictures and video.

You can also get email updates on the day’s biggest celeb stories straight to your inbox by signing up for our showbiz newsletter .

Get all the very best headlines, pictures, opinion and video on the day’s top showbiz stories by following Daily Star every time you see our name.

Keep up-to-date with your must-see showbiz stories, features, videos and pictures throughout the day by following us on Facebook at facebook.com/DailyStarShowbiz