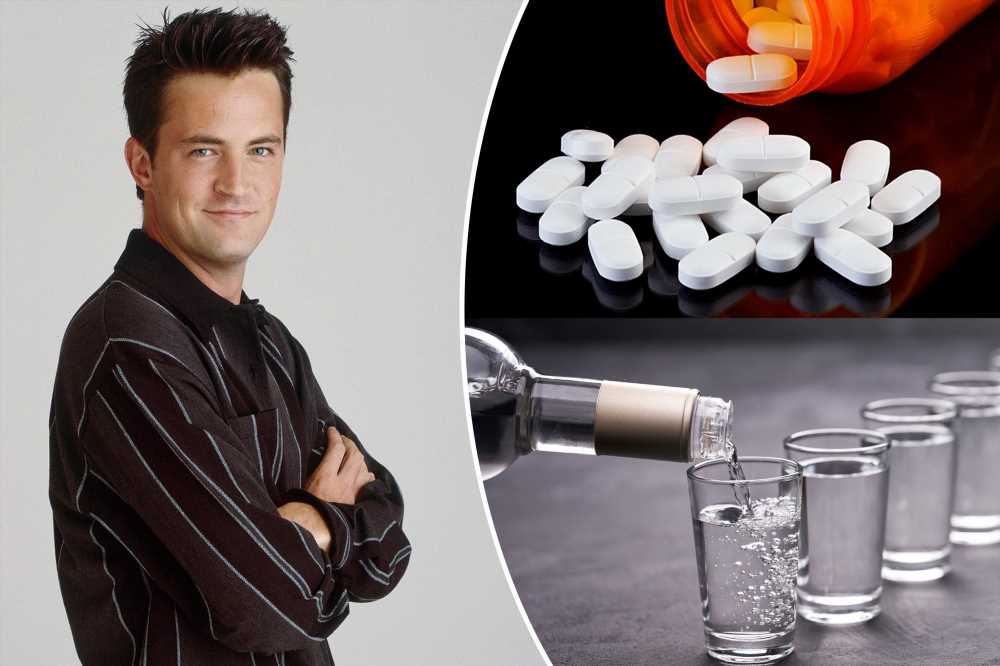 Matthew Perry’s dating history: All his past girlfriends and relationships

Matthew Perry: How to tell which drugs I used during ‘Friends’

Readers will need to take a deep breath and turn on an episode of “Friends” to relax after finishing Matthew Perry’s harrowing new memoir, in which he bluntly admits that his decades-long addiction to alcohol and drugs will likely kill him.

The actor, best known as the wise-cracking Chandler Bing from the ’90s juggernaut sitcom, takes fans to hell with him as he recounts the moments he nearly died and was consuming 55 Vicodin tablets and a quart of vodka just to make it through the day.

Perry — who estimates he has spent about $9 million trying to get sober — also writes that the fervent prayer for fame that he made to God as a teenager turned out to be something he would not wish on his worst enemy.

Toward the end of his “Friends, Lovers and the Big Terrible Thing,” out Tuesday, Perry, 53, writes of his addiction: “Not only do I have the disease, but I also have it bad. I have it as bad as you can have it, in fact. It’s back-to-the-wall time all the time. It’s going to kill me … 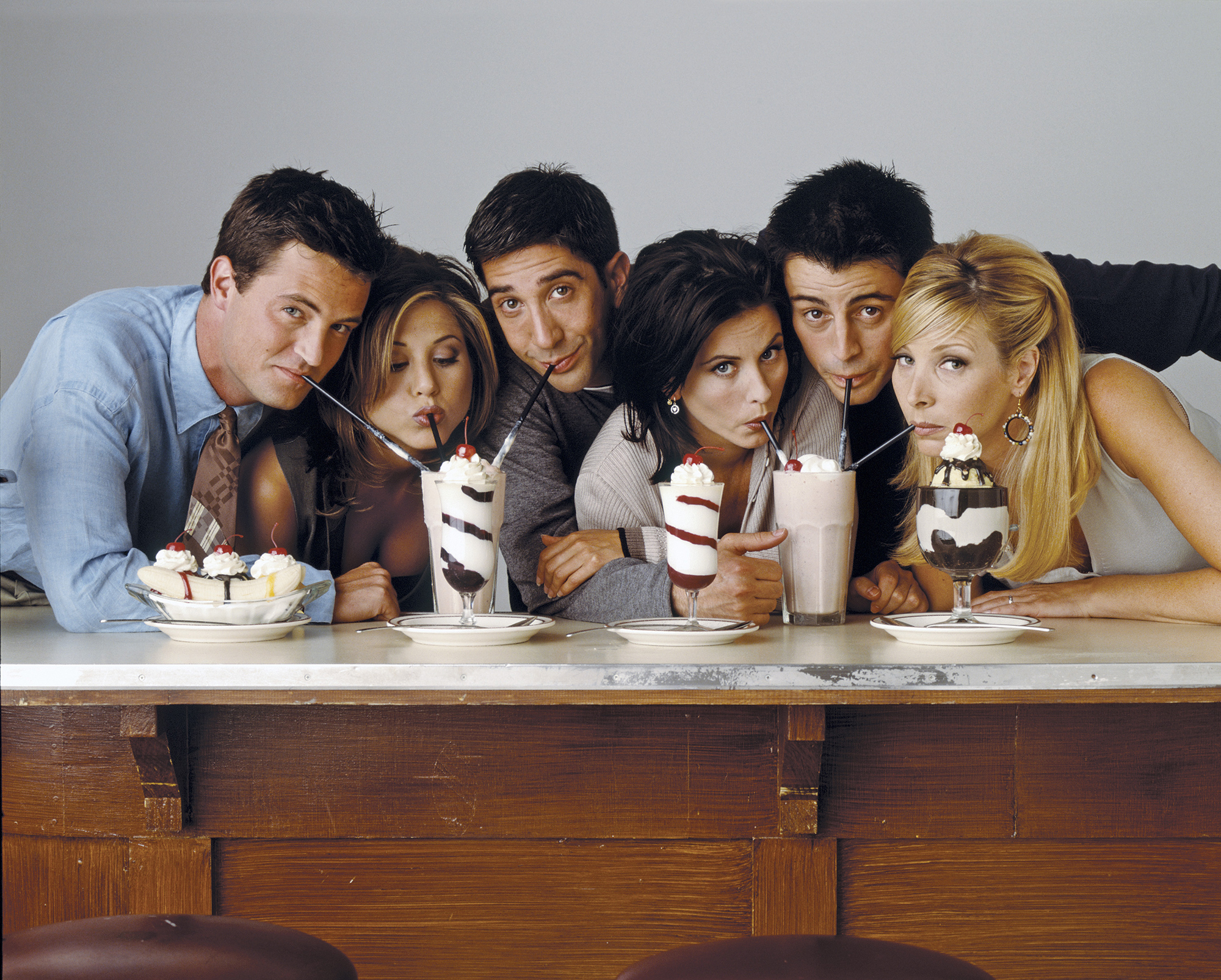 “Robert Downey Jr., talking about his own addiction, once said, ‘It’s like I have a gun in my mouth with my finger on the trigger, and I like the taste of the metal.’ I got it; I understand that. Even on good days, when I’m sober and I’m looking forward, it’s still with me all the time. There’s still a gun. Fortunately, I guess, there’s not enough opiates in the world to make me high anymore.”

The actor, who seemed to struggle to speak during the filming of the 2021 ‘Friends’ reunion, reveals he’s had 14 surgeries, nearly died several times — on one occasion, his heart stopped beating for five minutes — and now has the bowels of a man “in his nineties” after being forced to wear a colostomy bag for a year. 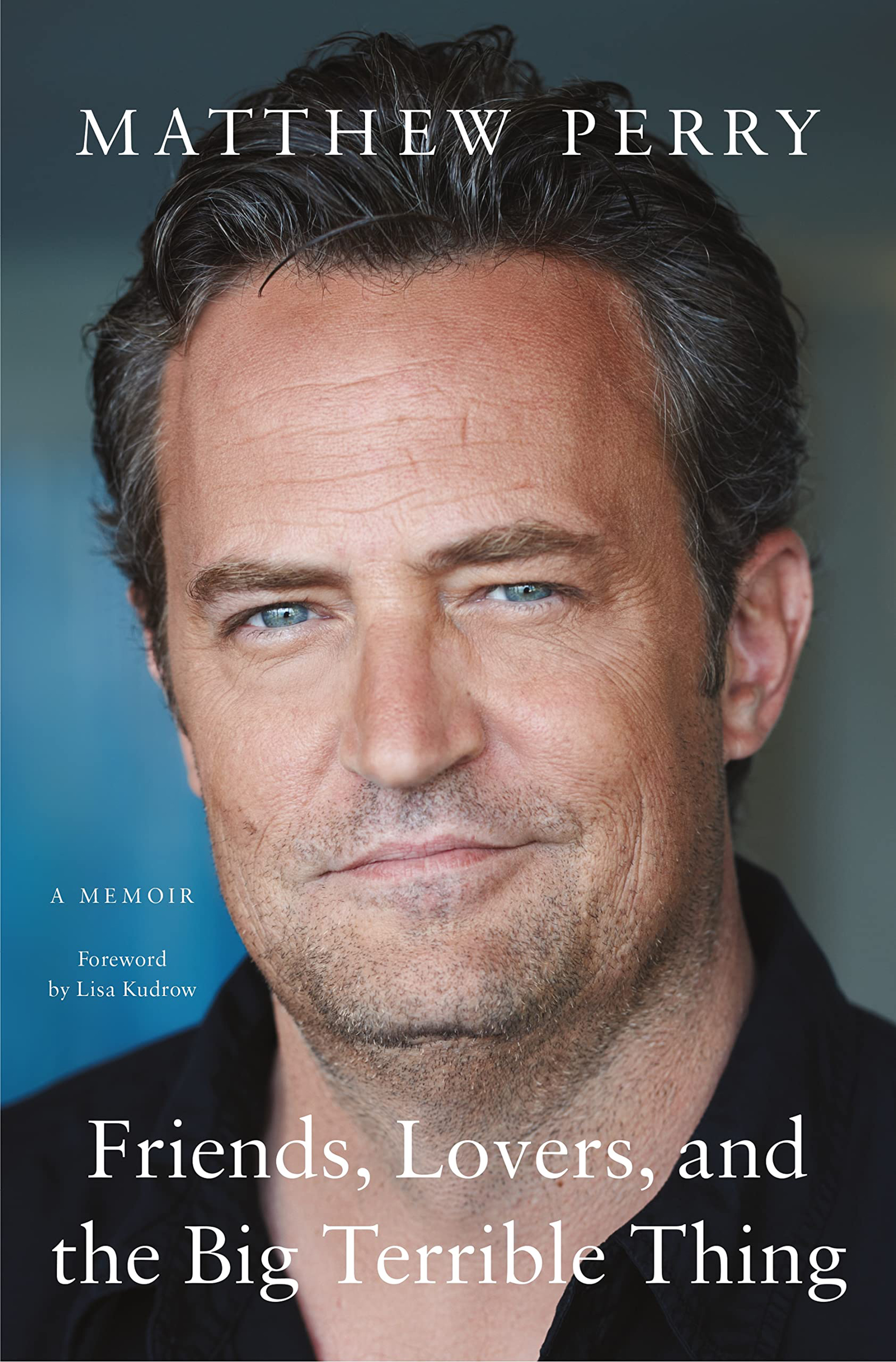 The star, who declined to tell People magazine whether he’s sober, is now on Suboxone, a drug that treats opioid withdrawal, for the rest of his life. But, Perry writes, the drug has affected his ability to experience joy, leaving him “always a little bummed.”

“[Some] doctors tell me I’m not technically sober while I’m still on it. (It’s very difficult to get all the way off it either way, which is ironic because it’s a drug used to get you off other drugs),” he writes.

Admits Perry: “It is very odd to live in a world where if you died, it would shock people but surprise no one.” 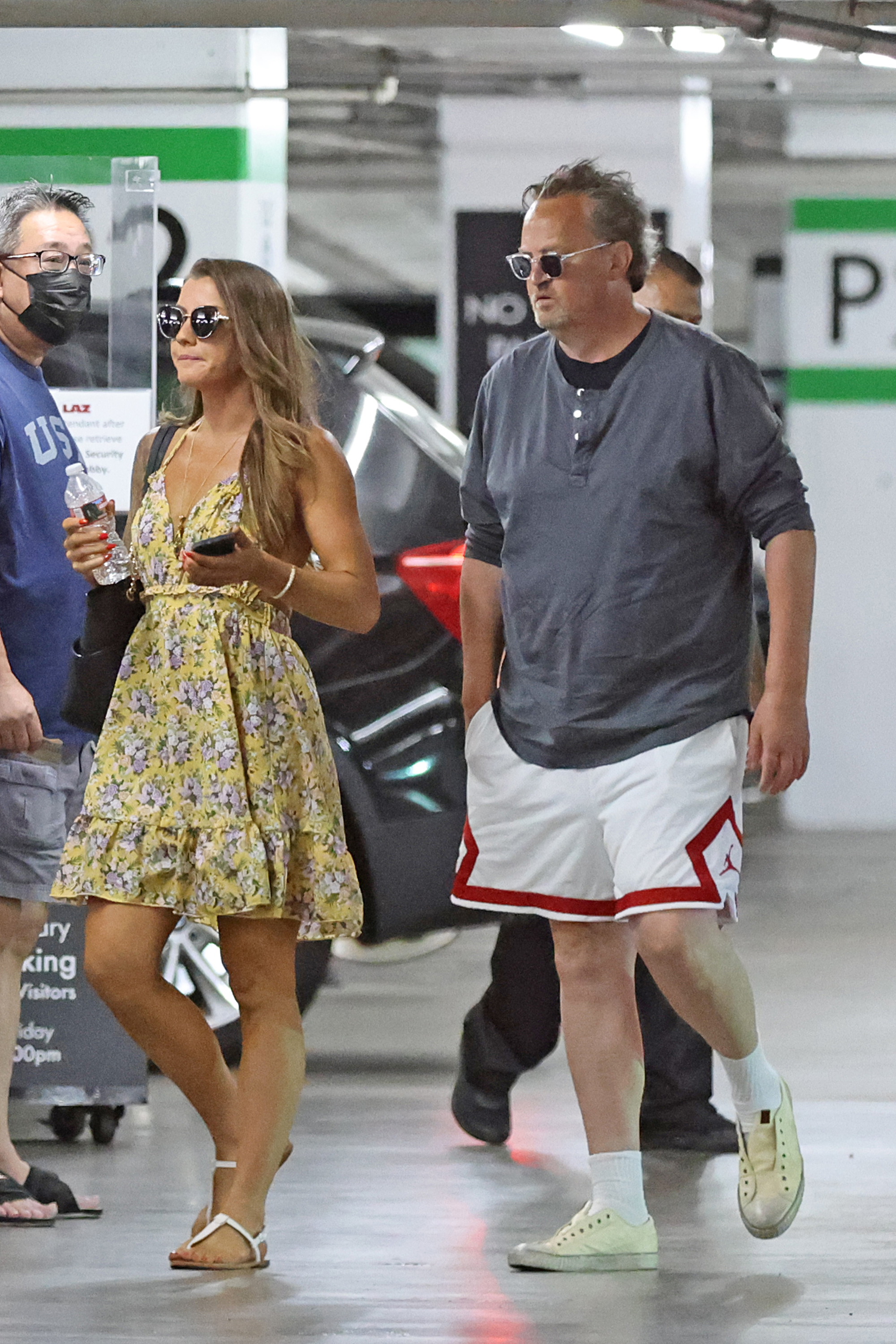 The book starts back in 2019, as Perry finds himself physically battling rehab staff who think he’s lying about being in pain, before ER doctors finally discover that opioids have made him so constipated his colon has burst.

“I was so full of s–t it almost killed me,” he writes.

While in a coma, doctors told his family members he had a 2 percent chance of survival. 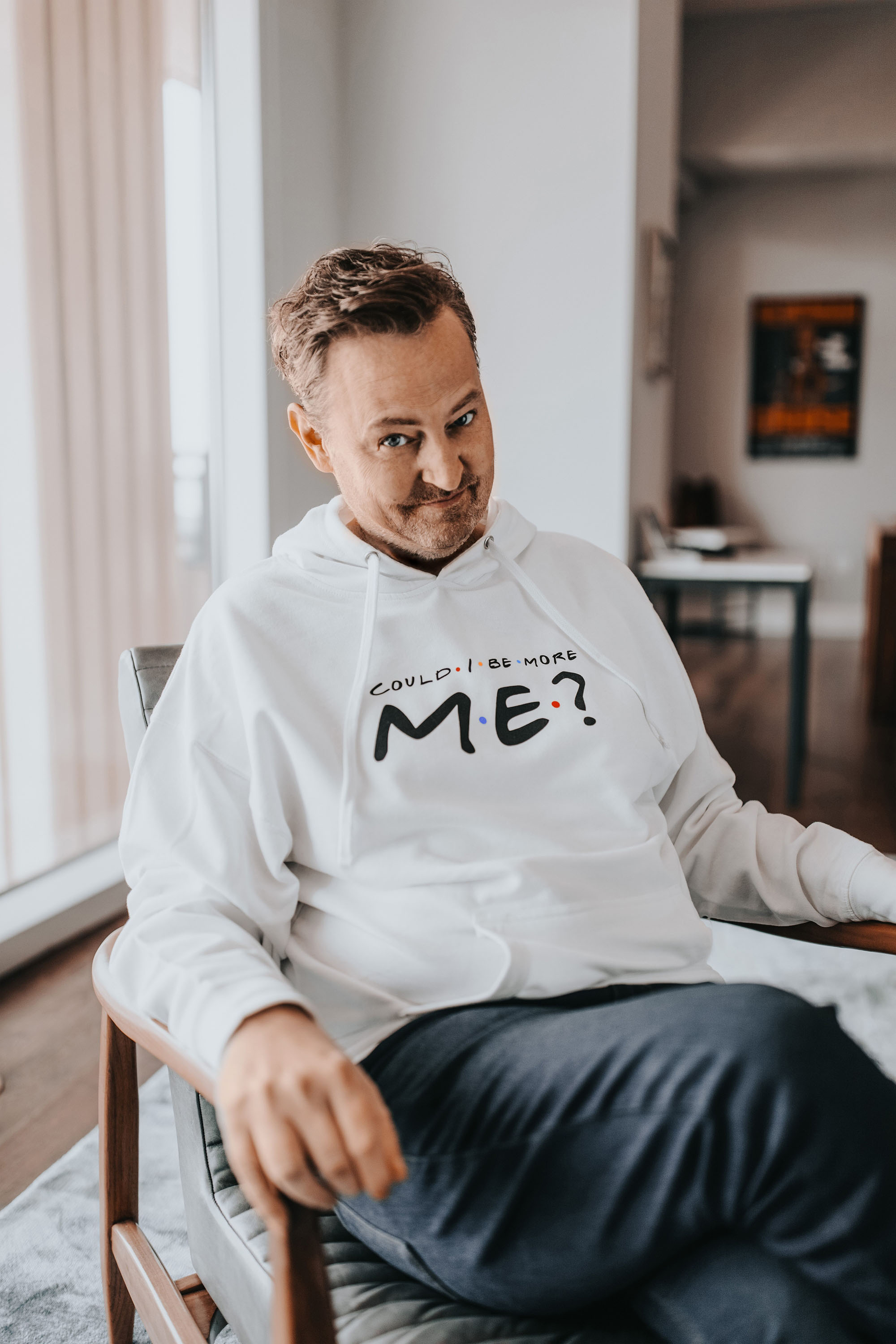 It’s the the idea of having a colostomy bag for life that has kept him off opiates, Perry admits, alongside the fact that the pills “simply don’t work for me anymore”: Even on 1,800 milligrams a day, he could no longer get high.

“If somebody came into my house right now and said, ‘Here’s a hundred milligrams of Oxy,’ I’d say, “It’s not enough.”

Some of the saddest moments of the book are the descriptions of his many failed bids to find love. Perry proposed —while high — to a longtime girlfriend at a Swiss rehab in 2020. Although he does not name her, his ex-fiancee is literary manager Molly Hurwitz. 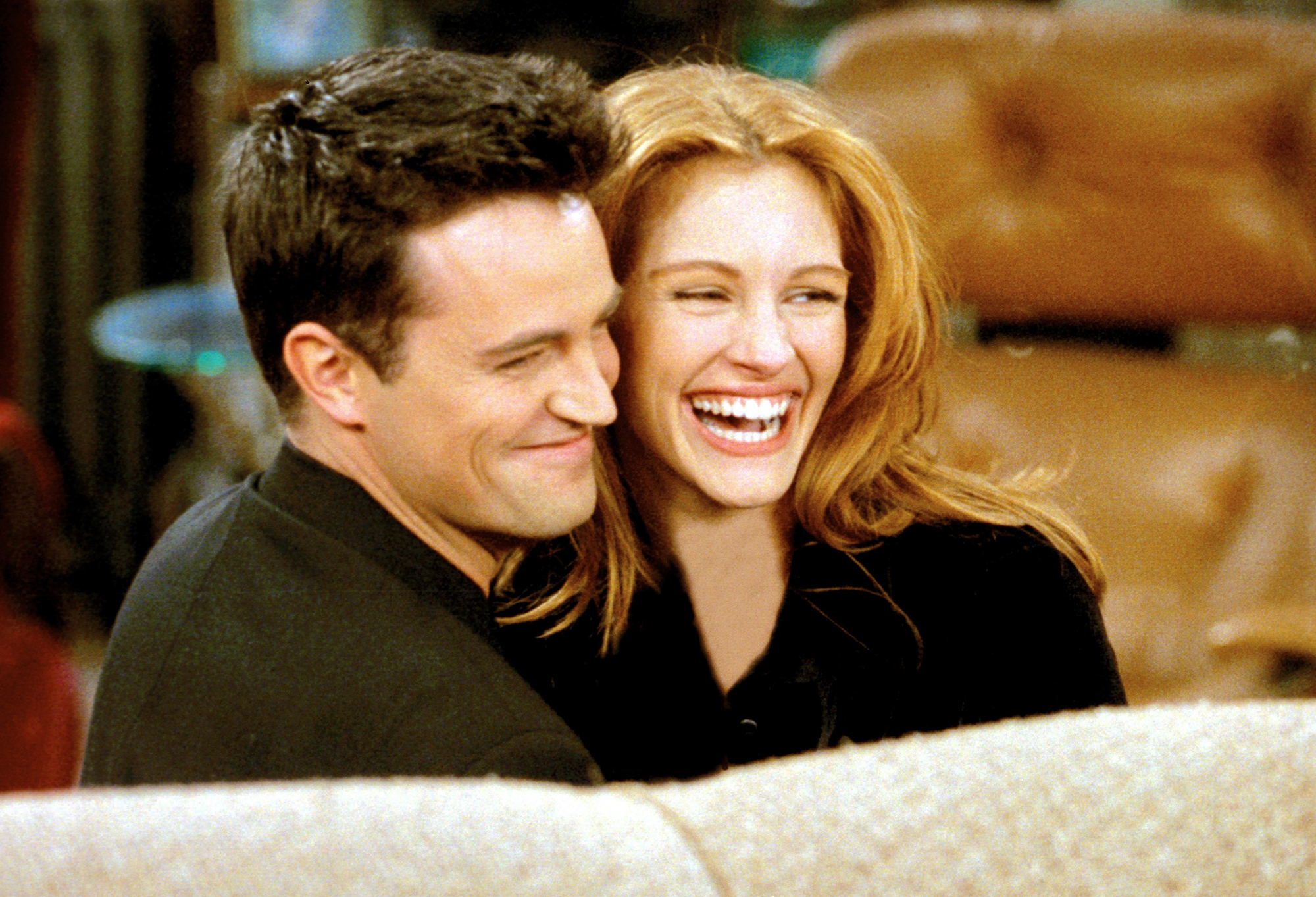 “I bought her a ring because I was desperate that she would leave me. I didn’t want to be this injured and alone during Covid,” he confesses.

“I was high on 1,800 milligrams of hydrocodone when I asked her to marry me … And she knew it, too. And she said yes.” 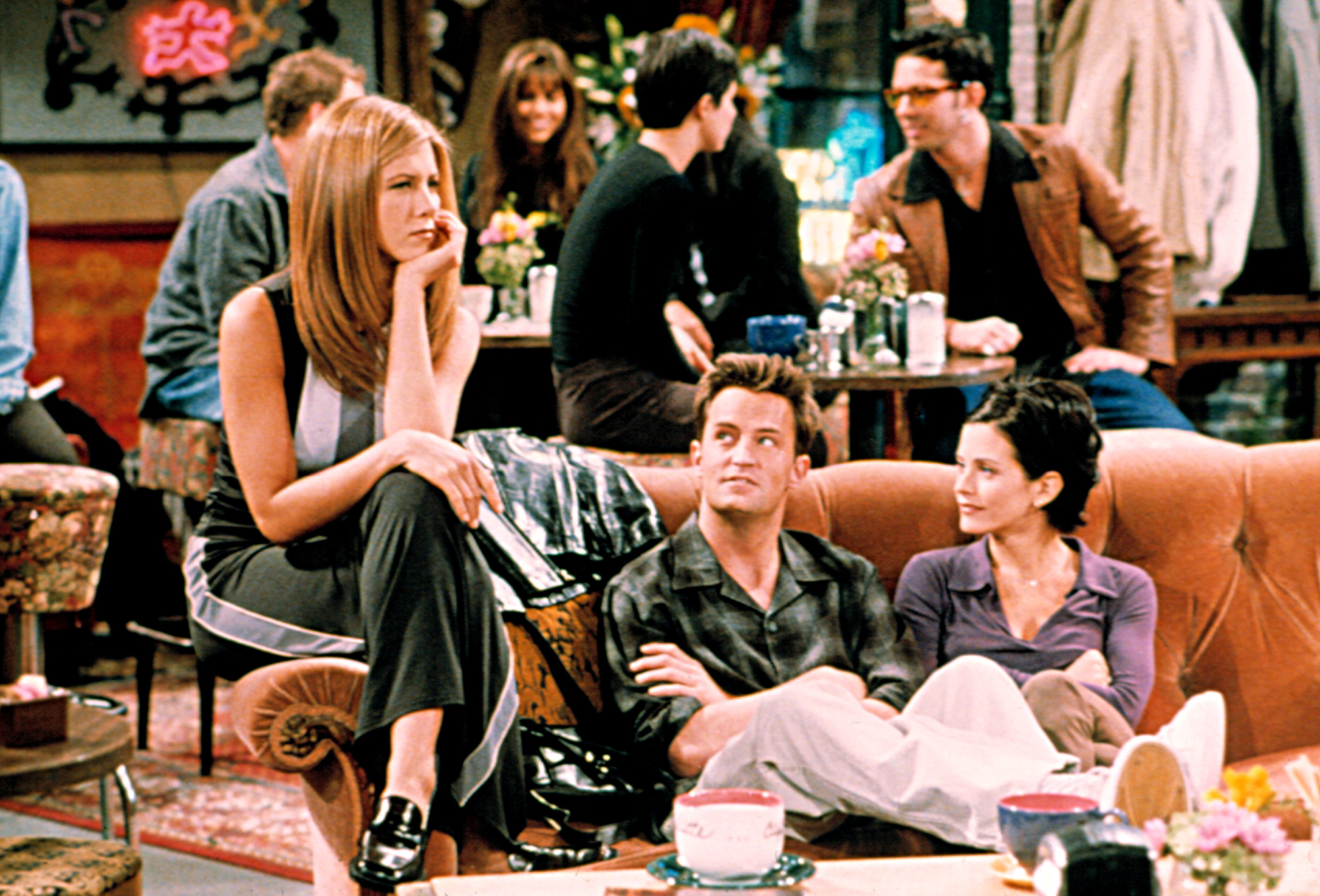 In the book, he also rattles through a string of doomed romances, including one with Julia Roberts — whom he dumped, writing: “I can’t begin to describe the look of confusion on her face.”

“I was not enough; I could never be enough; I was broken, bent, unloveable. So instead of facing the inevitable agony of losing her, I broke up with the beautiful and brilliant Julia Roberts.”

Later, he would watch her win her Best Actress Oscar for “Erin Brokovich” in 2001 while in rehab. 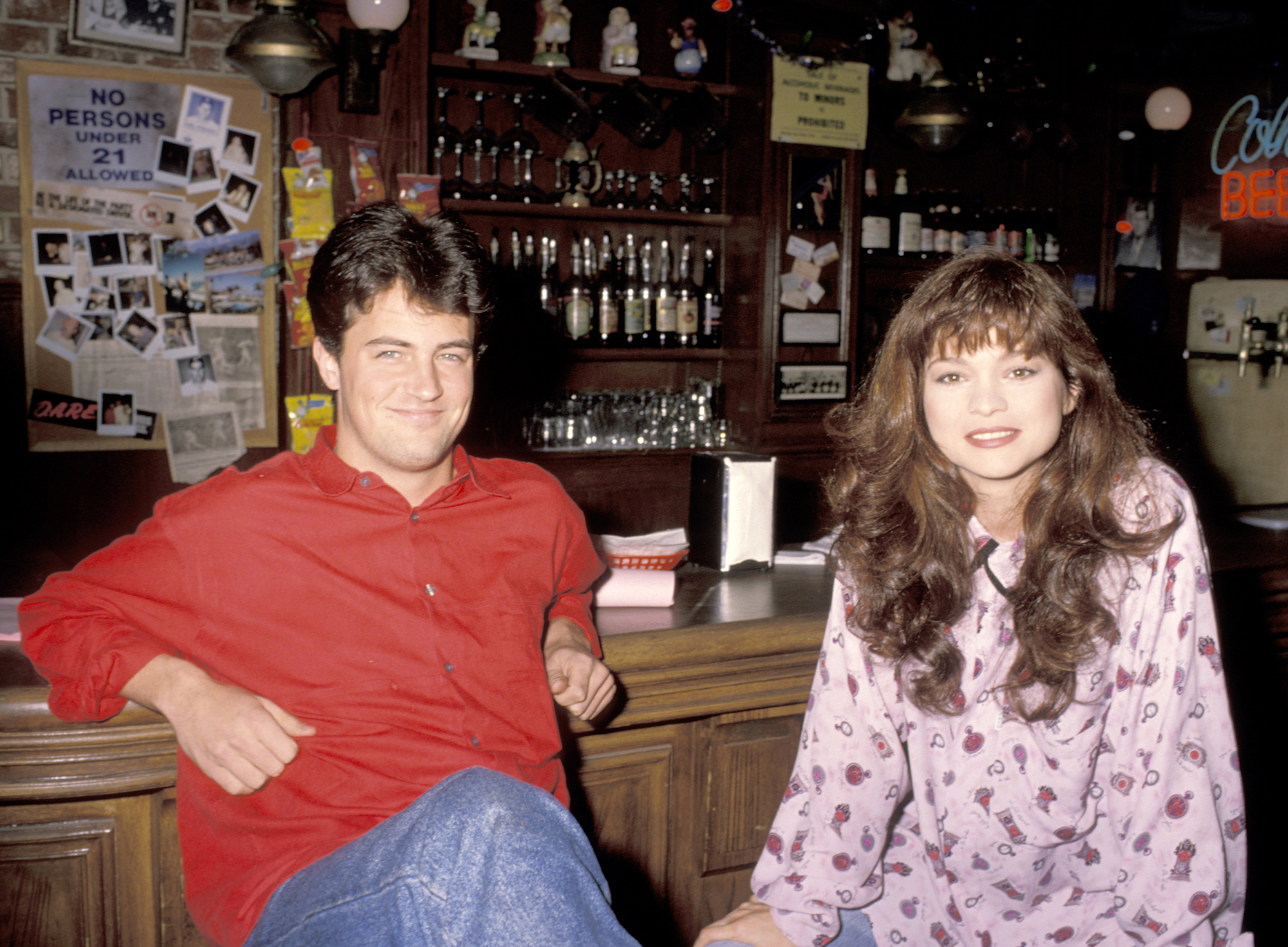 Years before they were both cast in “Friends” Perry asked out his pal Jennifer Aniston, but she turned him down. He writes that he always harbored a crush on her.

“Fairly early in the making of ‘Friends’ I realized that I was still crushing badly on Jennifer Aniston. Our hellos and goodbyes became awkward. And then I’d ask myself, How long can I look at her? Is three seconds too long?

It was actually Aniston who came to his trailer to intervene as his addiction spiraled, saying the cast could smell booze on him. 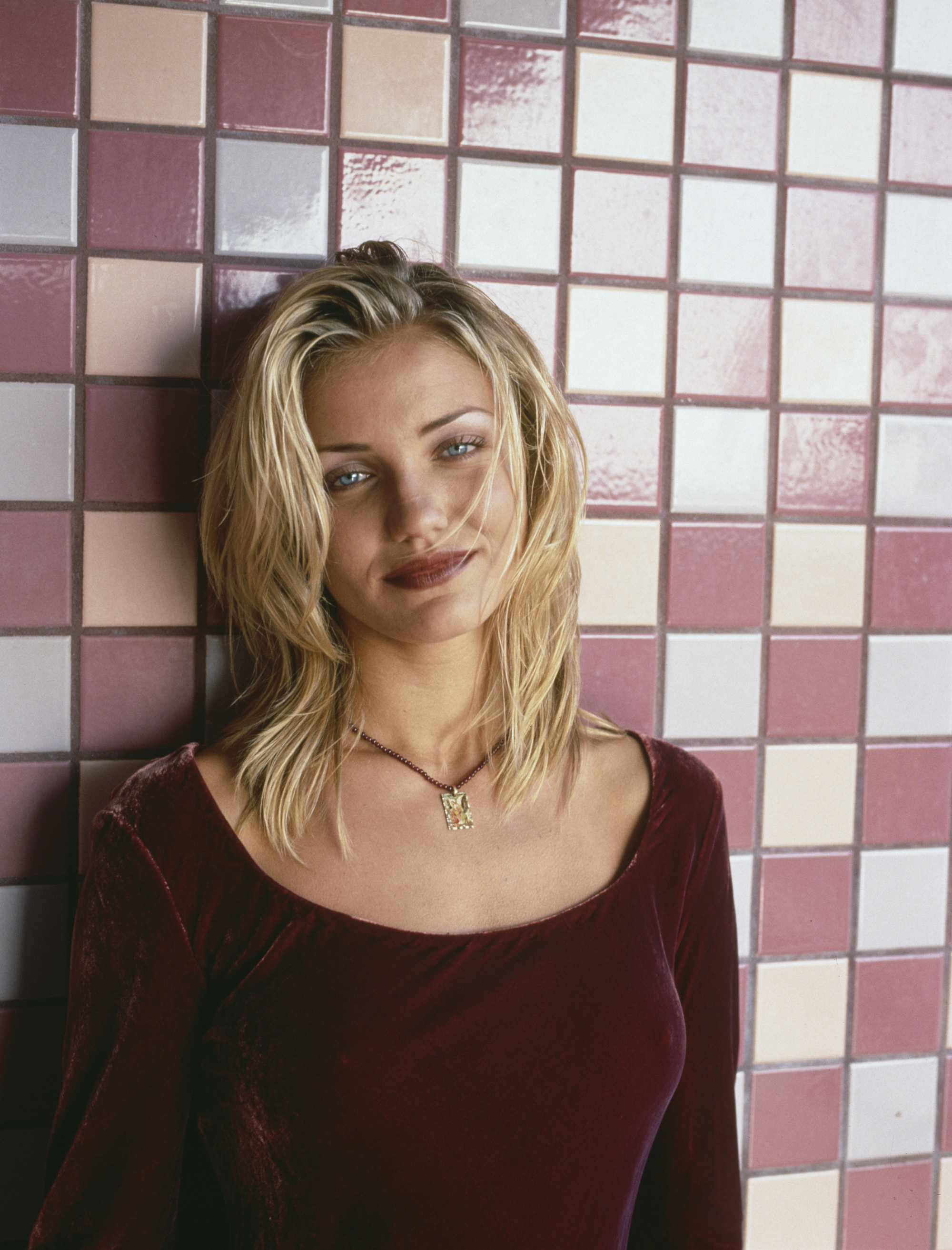 Perry had a similar crush at 19, on his “Sydney” co-star Valerie Bertinelli, that led to the two making out while her then husband, rock star Eddie Van Halen, was allegedly passed out drunk a few feet away. The actor also writes about making out with Gwyneth Paltrow inside a broom closet at a party before they both found fame.

And then there is the time he was set up with Cameron Diaz — but she was entirely unenthused: “Cameron got almost instantly stoned — it was clear that she wasn’t interested in me at all.” Adding injury to insult, he writes, she accidentally punched him in the face.

Perry also shares an account of a lost love that “still hurts” — an actress he met on a film set in 1999. He notes that she made it clear that “my drinking was a problem.” Although he does not name the woman, Perry starred alongside Neve Campbell in 1999’s “Three to Tango.” 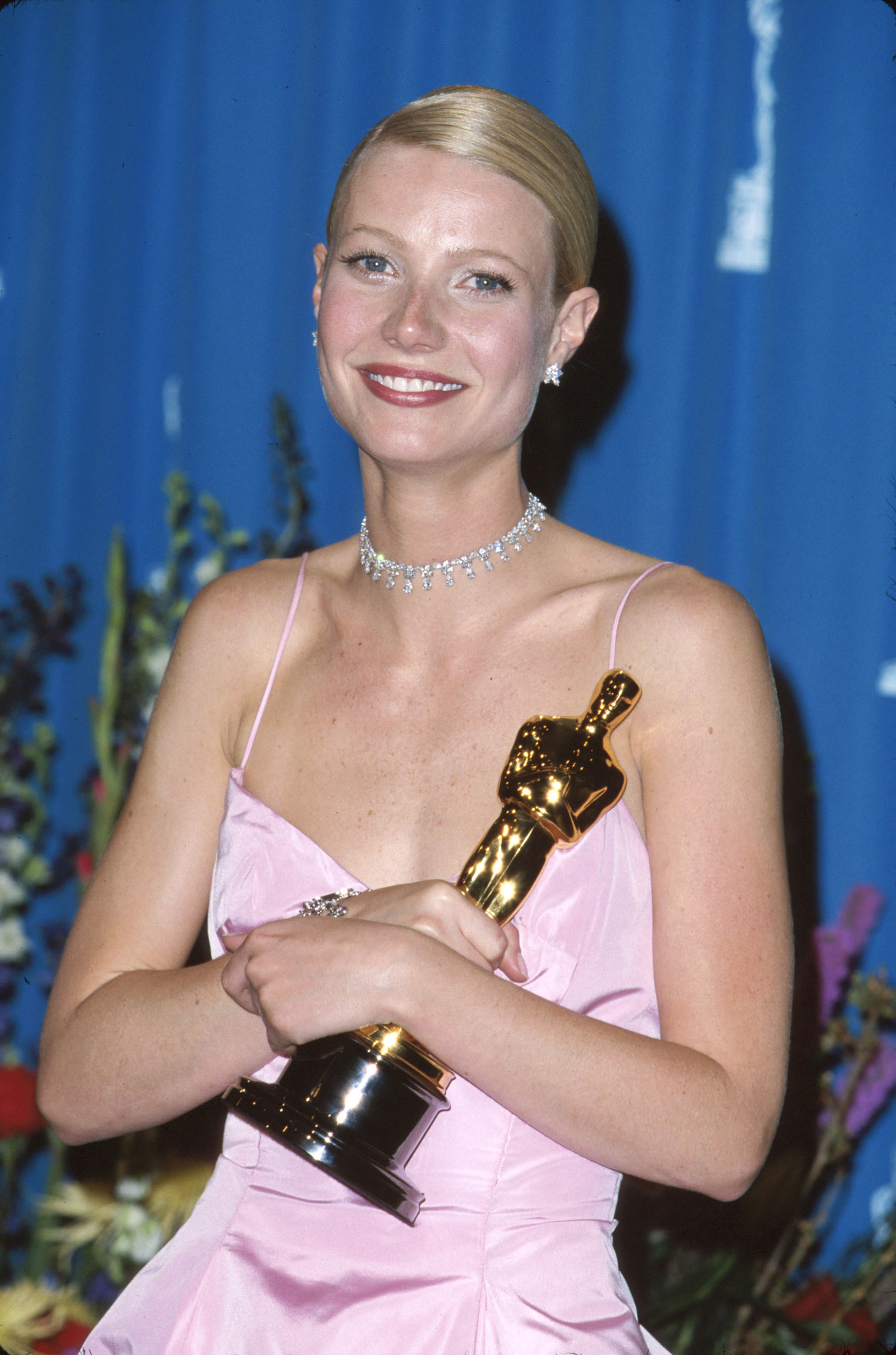 He chalks up at least some of his problems with women to his difficult relationship with his mother, Suzanne Perry, who was former Canadian Prime Minister Pierre Trudeau’s press aide and is now married to “Dateline” host Keith Morrison. (Perry also describes how he beat up current Canadian Prime Minister Justin Trudeau when they were kids.)

Although Perry insists that he was never high while filming “Friends,” he says he would often be sick or hungover — like the time he passed out on the Central Perk couch and co-star Matt LeBlanc had to nudge him awake to say his line. Season 9 was the only year he was “completely sober,” he writes, and the only year he was nominated for an Emmy.

Perry points out that you can tell what he was using throughout the “Friends” seasons. 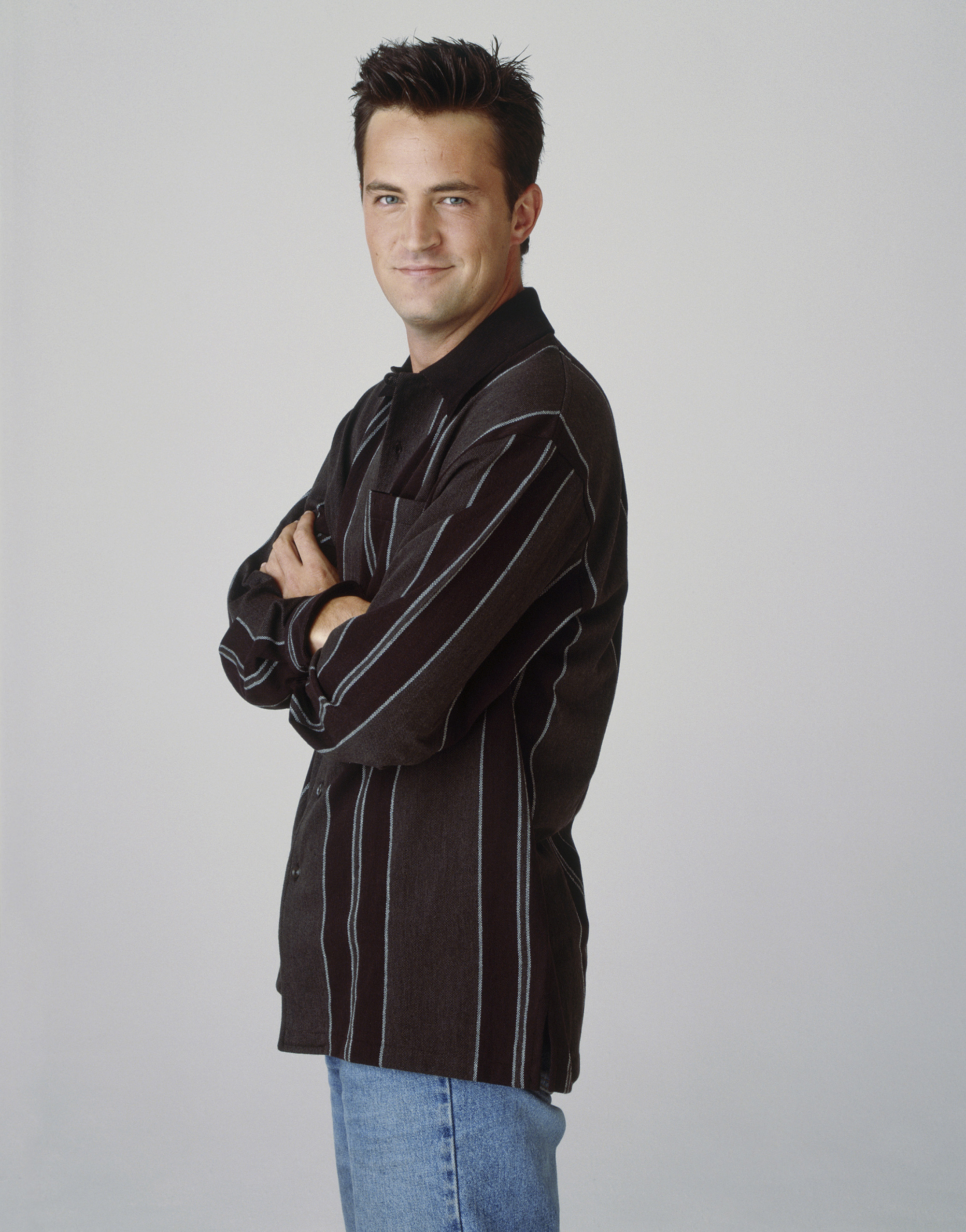 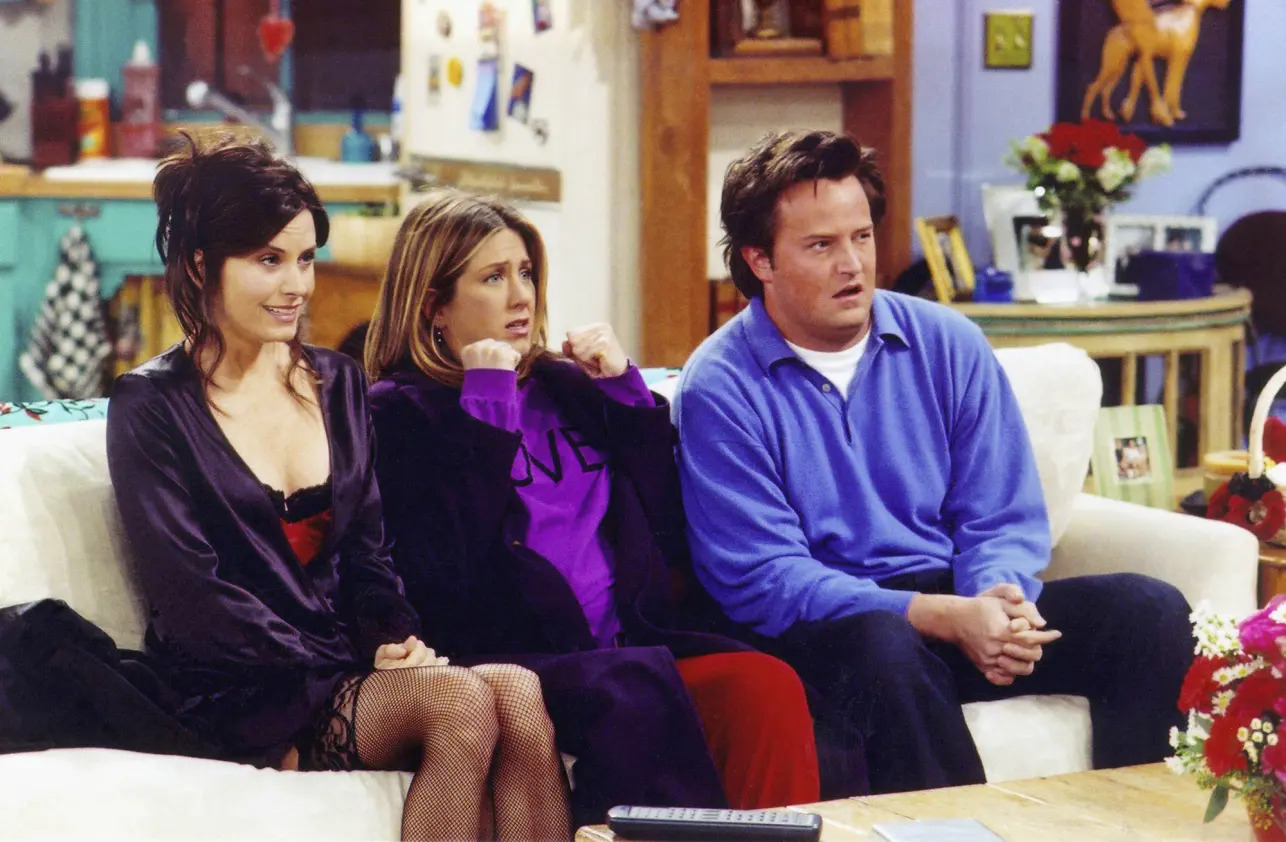 “You can track the trajectory for my addiction if you gauge my weight from season to season,” the actor writes.

“When I’m carrying weight, it’s alcohol; when I’m skinny, it’s pills. When I have a goatee, it’s lots of pills.”

He dropped 10 pounds of “alcohol fat” between the pilot and the first episode and writes that his weight fluctuated between 128 and 225 pounds during the run of the show. A jet-ski accident on the set of the movie “Fools Rush In” led to his dependency on pain pills. By the end of Season 3 of “Friends,” he was spending most of his free time trying to obtain Vicodin — as many as 55 pills a day. Sometimes, he writes, he’d go to open houses just to steal some from medicine cabinets. 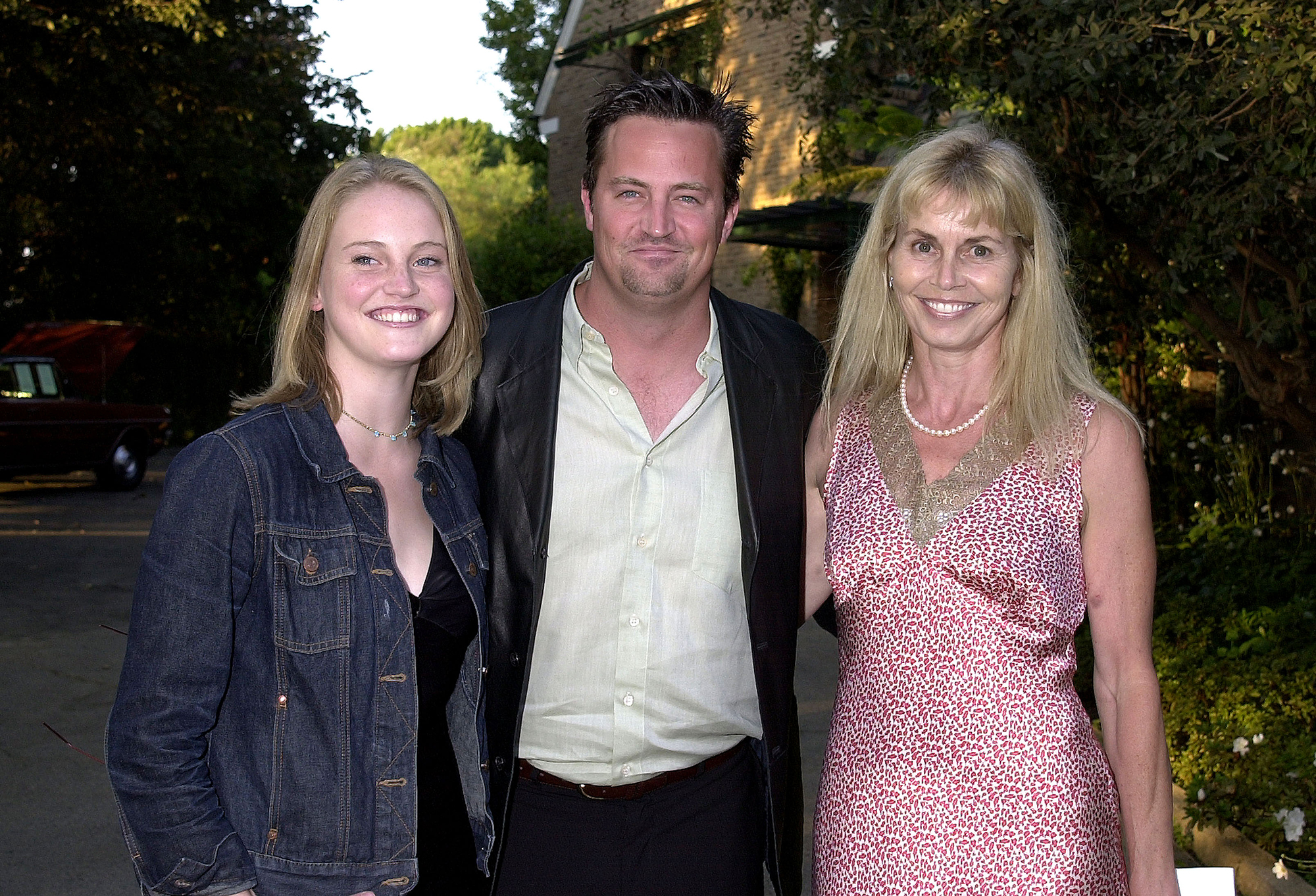 Around March 2001, while filming the movie “Serving Sara” with Elizabeth Hurley in 2002, he was on methadone, Xanax and cocaine and drinking a full quart of vodka a day.

He showed up to film one scene, only to realize it had been shot a few days earlier. He shut down the film’s production (and postponed his “Friends” scenes) so he could go to a Marina del Rey detox center. The movie’s producers later billed him $650,000 for the breach.

In rehab once again around November 2020, the actor’s heart stopped for five minutes after doctors administered propofol that interacted with the hydrocodone in his system. Paramedics saved Perry’s life with CPR but broke eight ribs in the process, ultimately costing him scenes with Meryl Streep in “Don’t Look Up.” 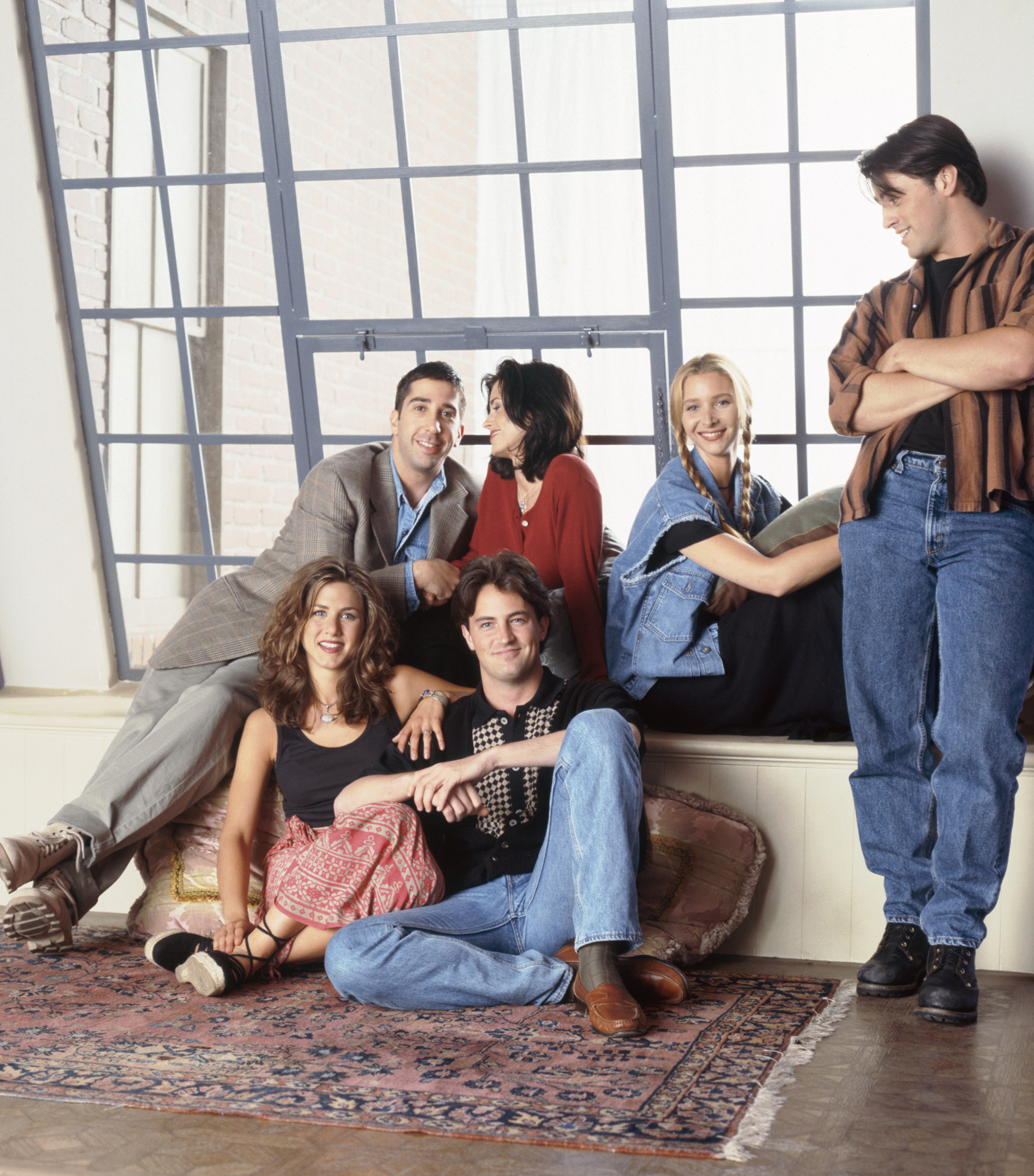 Meanwhile, his front teeth fell out while he was biting into peanut butter on toast. He had to have them all replaced.

“There is a reason I’m still here,” Perry writes. “And figuring out why is the task that has been put in front of me.”

The actor says would give up his fame and wealth in a heartbeat to “not have a brain that wants me dead.”

He adds: “There are so many scars on my stomach that all I need to do is look down to know that I’ve been through a war, a self-inflicted war.”