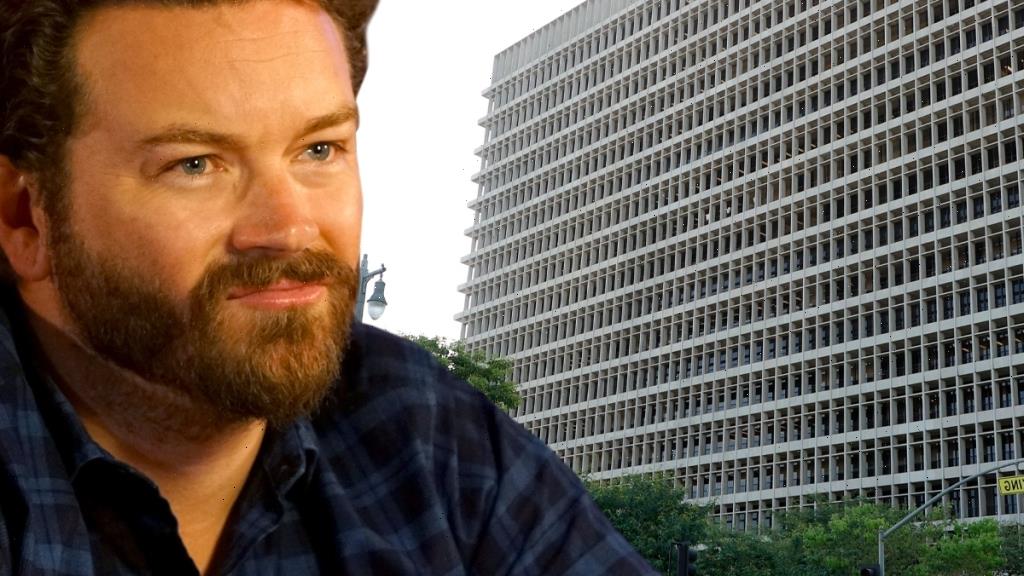 “She had told me not to use the word rape,” a visibly shaken Jane Doe #3 told a downtown Los Angeles courtroom Tuesday in the Danny Masterson trial. “She explained to me that you can’t rape someone you are in a relationship with,” the witness went on to say of a late 2003 conversation with a Scientology executive at the church’s Celebrity Centre in Hollywood.

Recounting her recollection of the meeting with Scientology ethics officer Miranda Scoggins almost 20 years ago, Jane Doe #3, aka CB, told Deputy LA District Attorney Reinhold Mueller that Scoggins also said to her that “I had done something to cause it …we’re all responsible for the condition we’re in.”

“She explained to me there was no crime committed and she put me on an ethics program,” CB, who was Masterson’s longtime girlfriend at the time, said on the stand today. Soon after, she became so overcome that the jury were sent out of the courtroom and Judge Charlaine Olmedo stopped the hearing for almost 15 minutes.

Before that break, CB told the court that the 2003 meeting at Scientology’s Franklin Avenue Celebrity Centre mansion occurred after she woke up in the couple’s Hollywood Hills home with pain and bleeding in her anus.

“When I first woke up I felt very confused and I noticed that my whole body hurt,” CB said of coming to after dinner and drinks the night before at La Poubelle restaurant, across the street from the Celebrity Centre. “I noticed that I was injured …my bottom. It was red. It was not normal. It was torn and it had a little bleeding. I was in a lot of pain. I couldn’t sit down, it hurt to go to the restroom.”

On her second day in the witnesss stand and with Masterson looking on from the defense table just a few feet away, CB detailed going downstairs at the house to find Masterson. “I remember asking him what had happened last night, I was very confused,” she said of the December 2003 incident. “He laughed at me and said he had sex with me there,” CB added, indicating her bottom, or “butt” as the Deputy DA said. “I asked him if I was unconscious the whole time and he said yes. It broke my heart because I really trusted him.”

It was after that conversation that then-22-year old CB, who had become a Scientologist she says at Masterson’s insistence when she was 19, went to “report” him to the church. On the stand this morning, the witness admitted she never even considered at the time taking the matter to the police because of supposed Scientology customs shunning the involvement of non-Scientologists in such matters.

Facing 45 years to life if found guilty on the three counts of forcible rape, Masterson was arrested in June 2020 by the LAPD. Initially reported to the cops in 2004, the alleged assaults to the trio of victims took place in the That ’70s Show star’s Hollywood Hills home between 2001 and 2003.  Fired from Netflix’s comedy in late 2017 as the rape claims became known, Masterson has always insisted the sex was consensual.

Also facing a paused civil trial in which Scientology is a co-defendant, Masterson has been free on $3.3 million bail in the criminal case since his arrest. In fact, with the church earlier this month denied the intervention of the Supreme Court in the civil case, the harassment and intimidation case had a hearing of its own today. With the SCOTUS denying Scientology’s petition in the matter, the church has filed paperwork to partially restart the civil case. Whether or not a LA Superior Court judge agrees to their demand could be determined Wednesday.

In questioning of Jane Doe #1, aka Jen B, last week, the prosecution returned over and over again to the effects of drinks served by Masterson prior to the alleged sexual assaults of her in 2002 and 2003. Raising a number of objections Wednesday, the defense has previously raised the issue of the DA’s office trying to imply Masterson slipped something in drinks with Jane Doe #1 and now Jane Doe #3.

Under pressure from the defense to avoid any reference to the church, the prosecutor has also repeatedly brought up the role and policies of Scientology in Masterson’s life and those of his alleged victims, all of whom were members of the David Miscavige-led organization during the time of the supposed rapes. Even so, Olmedo has remined all the lawyers that Scientology is not on trial, while allowing witness’ perspective on church teachings and policy to be allowed.

Today’s testimony by Jane Doe #3/CB continues the witness’ stint on the stand that began halfway through Monday session. Laying out the timeline and the sometimes sordid details of her nearly six-year relationship with Masterson in the late 1990s and the dominant role Scientology had in their lives, CB struggled frequently to not break down under questioning from Mueller. Her descriptions of sexual and emotional abuse allegedly doled out by then-boyfriend Masterson appeared to hold the jury and other onlookers captivated.

Starting late due to a scheduling conflict for one of the defense lawyers and a delayed juror, today’s Masterson hearing in downtown LA’s Clara Shortridge Foltz Criminal Justice Center is taking place just down the hall from where Harvey Weinstein’s rape trial is being held.

Jane Doe #2, aka NT, is also scheduled to testify in the coming week or so over an alleged 2003 sexual assault by Masterson. Various LAPD officers, along with Hollywood heavyweight lawyer Marty Singer (who repped Masterson during his $400,000 settlement and NDA with Jane Doe #1) and Lisa Marie Presley, are on the witness list as well

Set to run until November 19, the Masterson criminal trial will be dark tomorrow and is set to pick up Thursday.