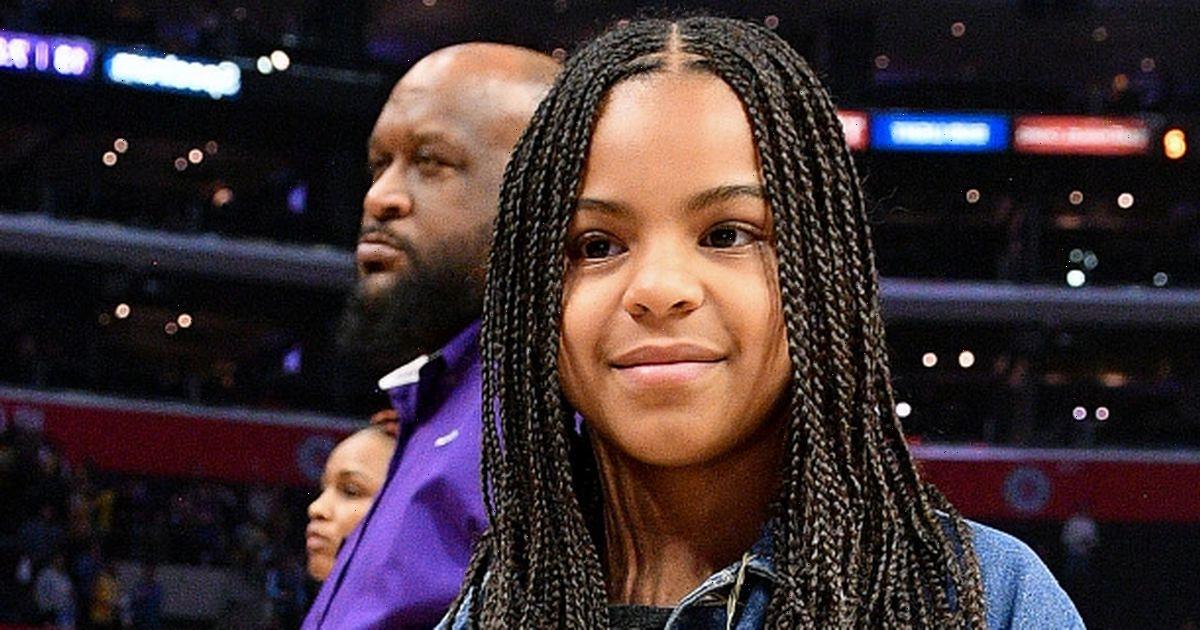 Blue Ivy was attending the Wearable Art Gala event in LA when she took a liking to the diamond jewellery by designer Lorraine Schwartz.

With grandmother Tina Knowles-Lawson, 68, and Keke Palmer, 29 conducting proceedings on the WACO Theatre Center stage, the youngster pounced from her seat and ensured a bidding war ensued by waving her paddle.

Shocked auctioneers Tina and Keke looked relieved, however, as the item eventually sold to Mielle Organics founder Monique Rodriguez for around £93,000.

Blue Ivy is no stranger to the annual event, having previously lodged a sizable bid for an acrylic painting of a young Sidney Poitier in 2019.

On that occasion she lost out to actor Tyler Perry, who later revealed he was unaware that he was bidding against a child.

"Somebody else was bidding against me," he later told NBC's Today show. "I didn't know who it was."

He continued: "I look over and it's her. She's taking the paddle out of Jay's hand and Beyonce's hand and she's bidding."

Blue Ivy's grandma Tina is the co-founder of the WACO Theatre Center, which hosts the Wearable Art Gala every year in order to benefit WACO's artistic and youth mentorship programs.

The annual charity event is a family affair, with Beyoncé serving as an honorary co-chair along with her younger sister Solange Knowles, 36.