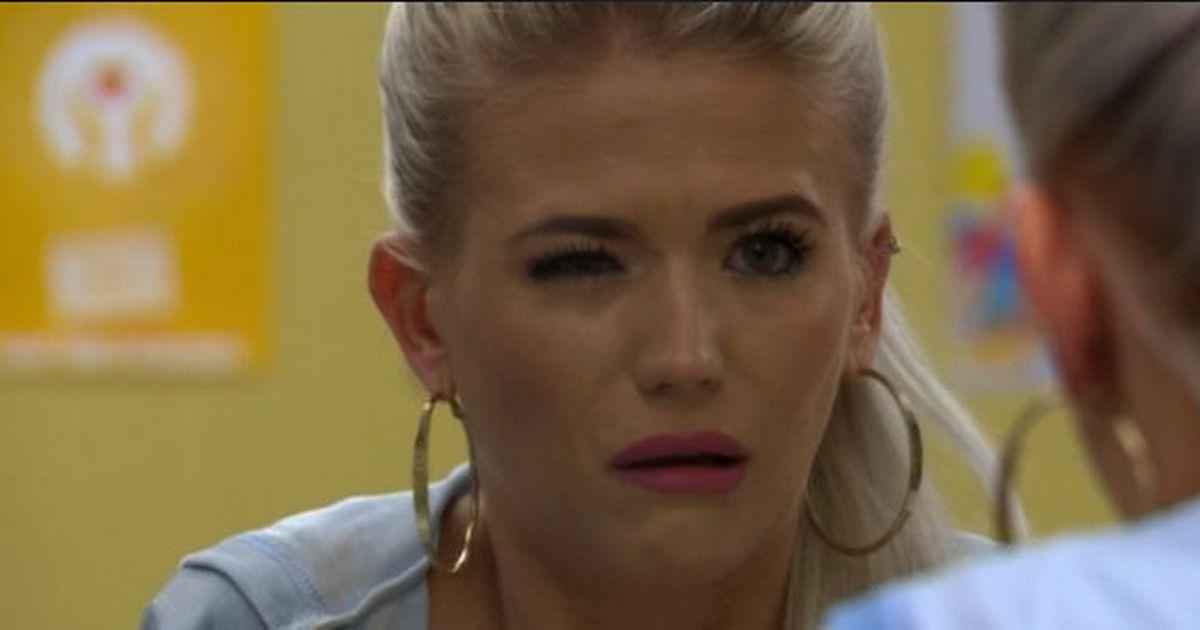 The young mum collapsed and suffered a seizure in heartbreaking scenes on Monday (October 24) evening.

As the family waited for Lexi Mitchell (Isabella Brown) to take to the stage at the pageant, Lola popped to the toilet.

However, inside the bathroom, Lola experienced further dizzy spells and a pain in her head.

As she started shaking, Lola fell to the fall and began shaking.

It has already been confirmed that Lola will be diagnosed with a brain tumour in upcoming scenes. She has recently got back together with Jay Brown (Jame Brothwick) and fans of the BBC one soap are convinced she'll die on their wedding day.

Taking to Twitter, one fan penned: "Imagine Lola dies on their wedding at Christmas Day."

Another added: "She'll probably slip away new years day, at the stroke of midnight."

A third person posted: "Lola' is dying but they'll drag it out till Xmas Day though."

While a fourth social media user said: |I could see her dying in his arms after the wedding too. That'd be very EastEnders to do that on Christmas Day."

Speaking about the hard-hitting storyline, actress Danielle said: "It means so much to be trusted with a storyline like this – one that’s close to many people’s hearts.

"Sadly many of our viewers will be able to relate to Lola’s story and it’s been heartbreaking to speak to the families affected by brain tumours and hear their stories. "They’ve been so amazing in sharing their experiences with me, and I’m so lucky to have them. I wouldn’t be able to do this storyline without their support."

Chris Clenshaw, Executive Producer added: "It was vital for us to work alongside Macmillan and Brain Tumour Research to take on, and accurately present, such a profound and emotional storyline for Lola, one that many viewers may relate to.

"Danielle has thoughtfully relayed the realities of being diagnosed with a brain tumour with grace and understanding.

"We hope that this storyline resonates with the audience, and that we represent it as sensitively, and accurately as possible."

EastEnders airs Monday to Thursday on BBC One at 7.30pm

You can find out more information about brain tumours, case studies, research and funding by visiting the Brain Tumour Research website