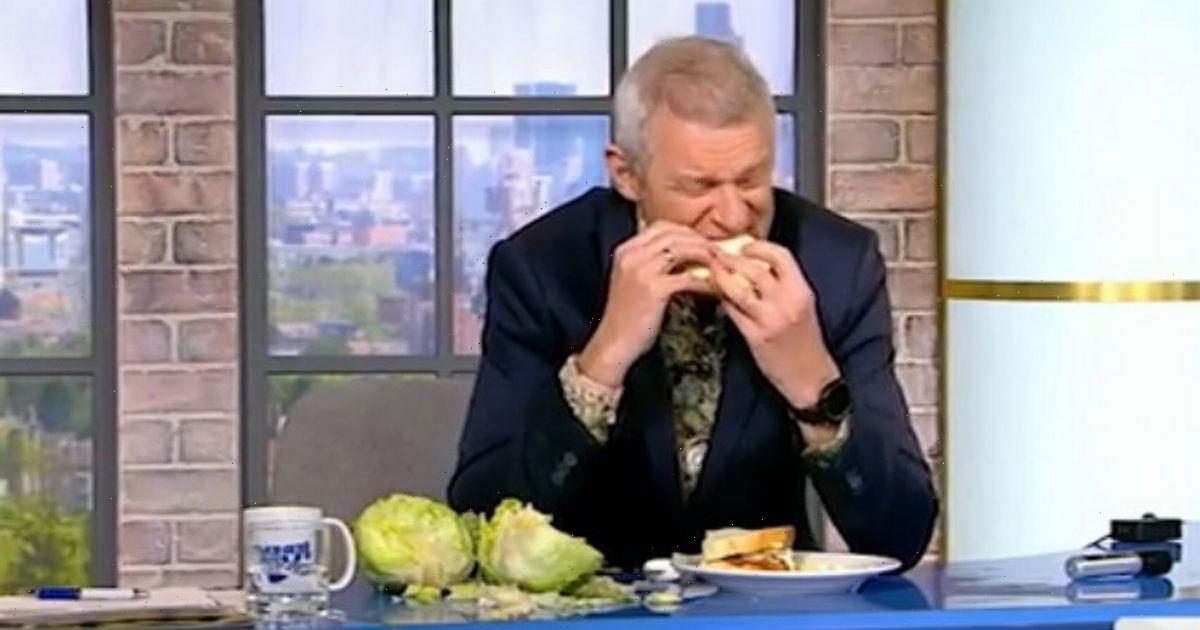 TV presenter Jeremy Vine sparked backlash from Channel 5 viewers as he ate a sandwich which had lettuce in it during a segment on his show.

As the lettuce managed to beat Truss, who resigned on Thursday Oct 20, Vine ate the vegetable the next morning.

The Daily Star's live stream of a lettuce, which has a shelf life of 6-10 days to see if it would beat Liz.

Jeremy said on the show: ""This is where it gets sticky for me, because I’m actually going to put some of this lettuce into a sandwich, and I’m going to eat it."

"We just take a nice bit of the innards of it – I don’t want anything on the outside, that was looking a little bit furry and unpleasant."

The presenter's move didn't go down well with viewers, as some took to social media to brand it "cruel".

One posted: "Vine you are a total disgrace and nothing but a bully. So-called presenter you should be ashamed of yourself."

Another agreed: "Apart from it being pathetic I think it's disgusting and should go straight in the bin."

A third branded the stunt a "cruel 'joke'", but others found it a little funnier.

A fourth joked: "The lettuce looked like it had a few more days left in it to me Jeremy."

Truss announced her resignation as Prime Minister in just 44 days, making her the shortest serving in UK history.

Her successor will be elected on October 27.