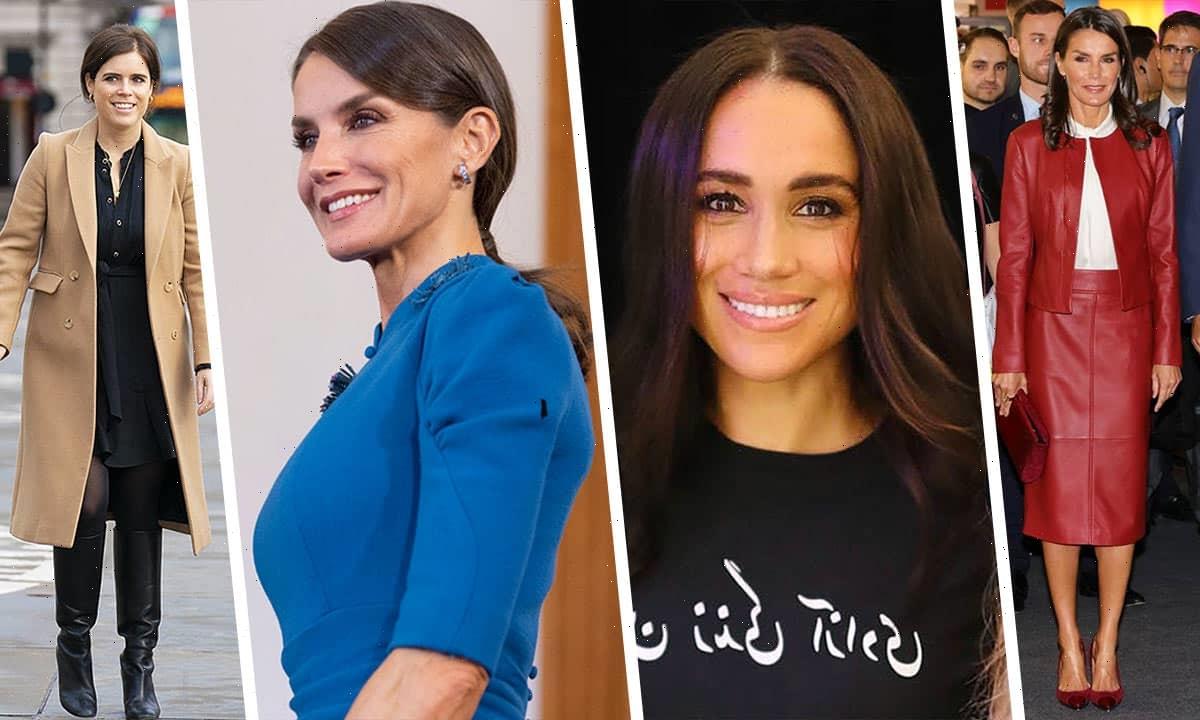 While it’s always useful for the ol’ style inspiration when royals wear high-street garments, there’s something other-worldly about royal ladies in designer ensembles. From The Duchess of Sussex’s Carolina Herrera gown to Queen Letizia’s Boss leather skirt set, there were certainly no shortages of luxury looks this week.

Intrigued? We don’t blame you. Keep scrolling to uncover some exquisite upmarket pieces sported by royals over the past seven days…

RELATED: Meghan Markle looks breathtaking in the silkiest ballgown ever

Duchess Meghan sat down for an exclusive interview with Variety and was photographed looking sublime in a host of luxurious outfits. Her beautiful ensembles included a camel-coloured MaxMara sleeveless blazer, a pink and white abstract Jason Wu gown and a structured Carolina Herrera number, a stunning emerald-toned Galvan frock.

Princess Eugenie visited the Anti-Slavery Collective art exhibition in Trafalgar Square looking the picture of composure in camel. The royal slipped on a classically tailored coat by Sandro which she elegantly teamed with an ebony fit and flare frock by royally-approved brand ME+EM. A sleek pair of knee-high leather boots topped off her smart daywear attire. 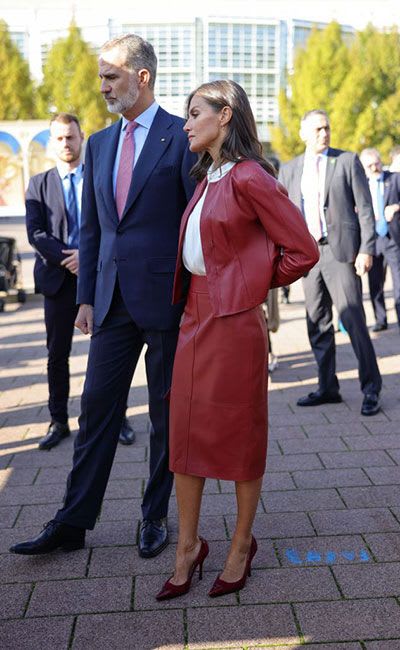 Queen Letizia put together a stunning leather look on Wednesday

On Wednesday, Queen Letizia stepped out to visit the 23rd Frankfurt Book Fair at the Messe in Frankfurt and a panel discussion on a homage to German Hispanism at Instituto Cervantes in Frankfurt. For the busy day, the royal sported a red leather skirt set by Boss.

The royal wowed in a red evening gown by Stella McCartney

Queen Letizia attended a gala dinner during a state visit to Germany looking stunning in a Stella McCartney gown. The 50-year-old slipped on a mesmerising gala gown by the designer. Coined the ‘Cecelia Cape-Effect Cady Red Gown,’ the number featured one-shoulder detailing, a cape effect, a floor-length train and a rounded neckline. 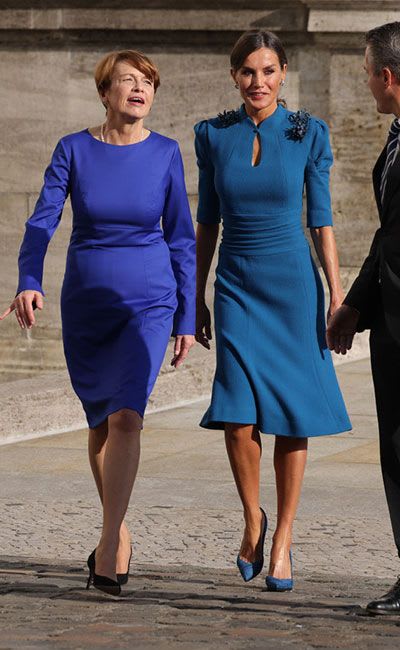 The stylish Spaniard’s trip to Germany is proving to be quite the feat for her wardrobe. The royal also slipped on a beautifully crafted aqua dress designed by Carolina Herrera, which showcased a subtle cut-out front, a midi length, structured darting and mid-reaching sleeves.

Queen Maxima of the Netherlands

Queen Maxima made quite the impression as she enjoyed her second day in Tanzania. The royal is visiting the country as United Nations Secretary Generals Special Advocate for Inclusive Finance for Development – and marked the outing with an unmissable cheetah print frock. The Givenchy number displayed a radiant mint, apple and kiwi green colour palette – elevating the garment’s on-trend animal print for crowds to marvel at.