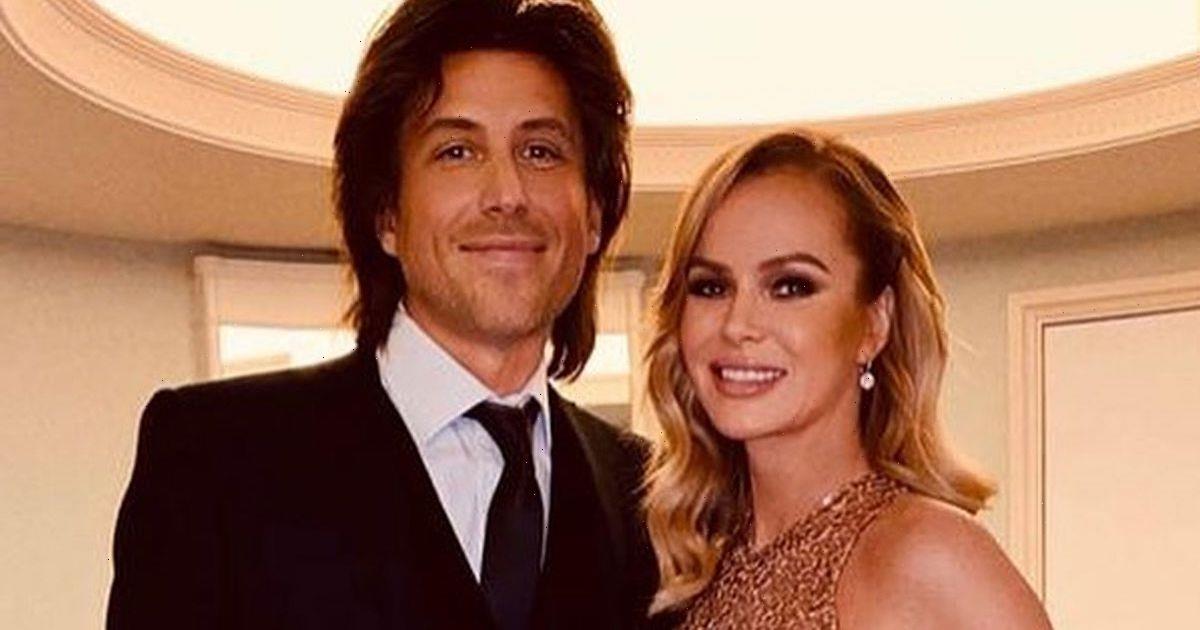 Amanda Holden, 51, is best known for being a judge on Britain’s Got Talent.

With over 1.5 million followers on Instagram, the talent show judge actually started her career as an actress. In fact, she has a surprising link to English singer and television presenter Cilla Black.

Way back in 1991 when she was just 19 years old, Holden made an appearance on Blind Date as a contestant.

She was a student at London’s renowned drama school, Mountview Academy of Theatre Arts.

Black was a presenter on the show and Holden confessed to her that her ideal man was actually Jack Nicholson, not her date, Barnaby.

Looking back at her Blind Date experience in 2015, Holden said of Cilla: "She was great to me. She was brilliant and funny.

"I said that I was going to be an actress. It's the bizarrest thing – I have now worked with some of the directors and producers who were on it.

She has now been enjoying a successful career on the small screen for 25 years.

Outside of ITV's Britain’s Got Talent, she is best known for her appearances on Wild At Heart in 2006, until she left the series after three seasons in 2008.

It may not have worked out with Barnaby, but she has been happily married for over 13 years. Here is everything you need to know about Amanda's husband and family life.

Who is Amanda Holden's husband?

Hughes is Amanda's second husband, with the BGT judge having previously been married to Les Dennis from 1995 to 2003.

In 1995 it was revealed that Holden had been having an affair with Men Behaving Badly star Neil Morrissey, causing her and Dennis to temporarily split.

Though they got back together in 2002, the relationship ultimately didn’t work out.

One year later she met Hughes, and pair started dating.

Speaking to The Mirror, she explained the secret to a strong marriage.

Holden said: “Oh god I really fancy Chris. We’ll be eating dinner in a restaurant, he’ll go to the loo, then I’ll look up, catch a glimpse of a man and think ‘he’s fit’ and then realise ‘f***, that’s my husband! I still fancy him!’”

She then added how the couple may be different from one another, but there is nothing but support from her husband.

She explained: "He challenges me and I challenge him, and I think that's the secret to a good marriage.

“My husband – god, we are different people but he is my biggest, proudest champion. He’s not a yes man, but he is ‘Go Mandy’ all the time.”

Speaking to Hello! in 2019, she similarly revealed why the pair are such a good match.

The actress said: "Chris is very funny and errs on the side of lightness. We can make jokes out of any situation throughout the best and darkest times of our lives."

She added: "He's rubbish at romance, but he's there for the solid things – such as keeping my car clean and making sure I relax. He's a proper bloke who looks after me. I'm a strong, opinionated woman, but he helps steer the Mandy ship."

How did Amanda Holden and her husband meet?

Amanda met Chris back in 2003 in Los Angeles, USA.

The pair started dating a year later and married on December 10, 2008 at St Margaret’s Church in Somerset.

Their wedding day was a secluded event, with the reception being held at Babington House, just around the corner from the church.

The reception venue was an exclusive members only club and hotel, so the whole day was very intimate for the newlyweds.

Since the wedding day took place so close to Christmas, the entire venue was given a makeover complete with fake snow, Christmas ivy and candles lit across the grounds.

It may have been a smaller event than some celebrity weddings, but there was still some special guests.

Who are their children?

Amanda Holden and Chris Hughes have two children together, Alexa and Hollie.

In 2012, the couple welcomed their second daughter Hollie into the world, who is now 10.

Tragically, in 2011 the pair went through heartache as they lost their son Theo, who was stillborn at seven months

She wrote: "#Theo… our gorgeous little boy. You would have been 10 years old today… not a day goes by without thinking of you."