This month’s picks include a postmodern Tamil rom-com, a stylish period drama from Vietnam, an Argentine film about a writer undergoing a creative crisis and more. 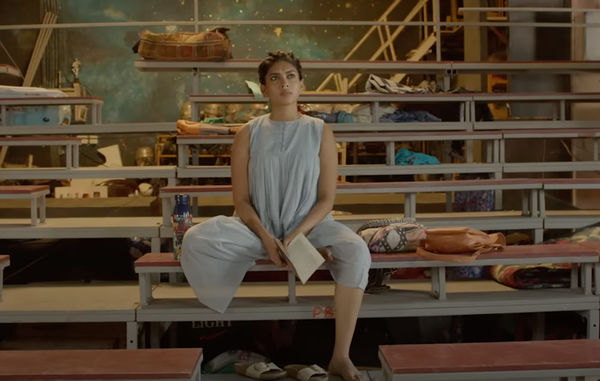 Stream it on Netflix.

After a series of action blockbusters that effortlessly blend politics with swaggering style (see “Kaala” and “Sarpatta Parambarai,” streaming on Amazon), the visionary Tamil filmmaker Pa. Ranjith has returned with an altogether different genre of film: a talky, postmodern romantic comedy about a troupe of diverse Indian youngsters putting on a play. Yet, if “Natchathiram Nagargiradhu” is more modest in scope than Ranjith’s recent masala epics, the stakes are no lower. As the group decides to stage a production about “honor killings” — filicides of lovers who dare cross caste and religious lines — creative differences become political battles, and romantic tiffs become ideological impasses.

At the heart of this eye-popping, neon-lit film is Rene (Dushara Vijayan), a magnetic, strong-willed actress who wears her Dalit (the so-called untouchable caste) identity proudly on her sleeve. Around her swirl a bevy of equally complex, serrated characters, including her boyfriend, Iniyan, a cosmopolitan liberal who nevertheless lets a slur slip in the middle of a heated argument; the crude, macho newbie Arjun, who undergoes a reckoning as his bigotries are challenged; and the queer couple Diana and Praveen, who wrestle with loving openly in defiance of their parents. Audaciously intercutting scenes of performance and the characters’ personal lives, Ranjith crafts a drama that pulsates with rage, humor, grief and magic, while daringly interrogating the very possibility of making political art.

Stream it on Tubi.

The Saigon of the 1990s comes vividly alive in this swooning period drama by Leon Le, which collides the glamorous world of cai luong, or Vietnamese folk opera, with the grimy underworld of the mafia. Dung (Lien Binh Phat), a debt collector for a loan shark, wears his stoicism like emotional armor as he goes around raiding poor and destitute borrowers. One night, when he’s dispatched to the opera for a raid, his steely shield cracks open. Memories of his childhood as the son of cai luong performers — and his mother’s eventual abandonment of the family — come flooding back.

That fateful night intersects Dung’s path with that of Linh Phung (Isaac), the handsome male lead at the opera, who is tight-lipped with his own secrets. Unfolding over the span of just a few days, “Song Lang” renders the two men’s brief encounter, heavy with unspoken longing and connection, against a lambent backdrop of golden-green light and swirling dust. The film delicately captures the flickers of possibility Dung and Linh Phung kindle in each other before crescendoing to an unexpected final act interwoven with a thrilling cai luong performance.