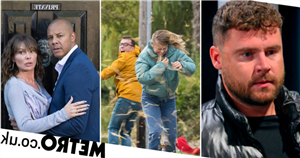 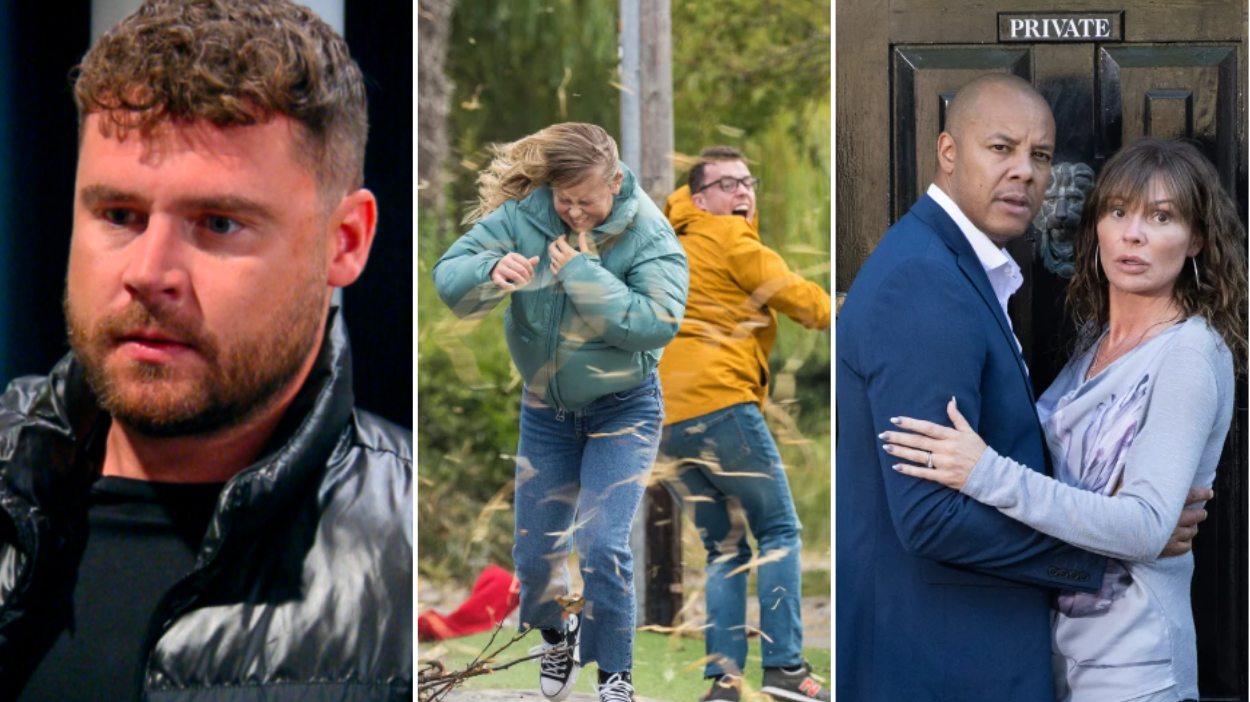 There was absolute heartbreak for Aaron (Danny Miller) in tonight’s Emmerdale as the news began to sink in that his little sister Liv (Isobel Steele) had died, crushed by a caravan in the fierce storm that raged through the village.

He tearfully told Cain (Jeff Hordley) that there was now nothing keeping him in the village and he was going to get on with his life in Italy. He was only sad that Liv never got the chance to visit him there and meet his partner Marco.

As he gazed at the place where Liv died he was joined by Amy (Natalie Ann Jamieson), who said she would miss Liv, too. Then she mentioned Chas (Lucy Pargeter). ‘Is your mam okay? Thank God Al found her.’ She explained that when Chas and Kerry (Laura Norton) got hurt, Al left Kerry so he could take Chas to hospital.

Later Aaron went to confront Chas, saying he knew that Al had taken her to hospital. ‘The only reason Liv was out in that storm was because of you,’ he said. Liv had been on her way to the Woolpack to look after Eve when the caravan hit her.

Aaron was furious that he’d had to tell Liv that he was leaving Emmerdale to go back to Italy without being able to tell her the reason was that he couldn’t stand being around Chas.

‘Even if you never see Al again, I will never forgive you for this,’ he told her emotionally. ‘Liv was everything to me. And you know what? I wish it was you that had died.’

He slammed out of the house, leaving Chas to reflect on whether her relationship with Al has really been worth losing her son, not being there when her mother died – and potentially also breaking Paddy (Dominic Brunt)’s heart too.