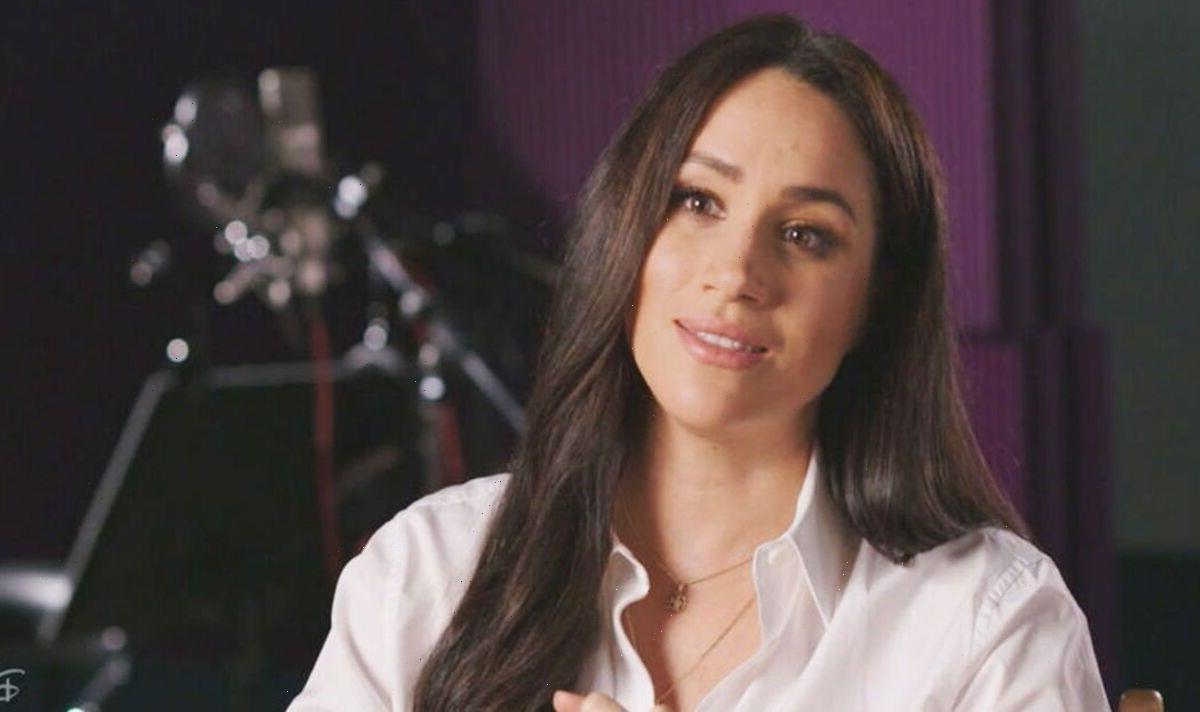 Whoopi Goldberg has addressed Meghan Markle’s comments during her latest Archetypes podcast, where the Duchess of Sussex said she was treated like a “bimbo” during her 34-show stint on Deal or No Deal, a show she appeared on 16 years ago. The former Suits actress admitted that while she was grateful to get the role, she disliked “how it made her feel”.

The mum-of-two and former actress said the job helped pay the bills, but she felt she was only valued for her “beauty” and not her “brains”.

During her time on Deal Or No Deal, Meghan would line up with the other models on the show and open a briefcase, unveiling the cash prize for the show contestants.

The women who appeared on the programme often sported fitted dresses but her former co-star Claudia Jordan has since claimed the models were not chosen for their looks.

Now, the Ghost actress has waded into the debate after Meghan’s comments came under fire from some in the entertainment business.

Speaking on The View on Wednesday, Whoopi, 66, claimed the Duchess of Sussex’s comments could be perceived as insulting to other women, who were “just trying to make a living” in Hollywood.

The Oscar-winning actress stressed to Meghan that, “When you’re a performer, you take the gig,” which sometimes involves a “Bozo suit” or a “big nose,” because that’s “just the way it is” in showbiz.

She added that the conestants on the show are more concerned about winning the money.

Whoopi said: “I just want to say on that show, you basically had a suitcase, and they wanted to know is this deal you want or is not the deal you want.

“I don’t know the people who are sitting there are thinking about you like that. They are thinking: ‘I want the money.'”

She continued: “The objectification might be coming from you and how you felt about how these women were being portrayed. That’s what you have to change because we’re performers.

“When you are a performer you take the gig!”

Whoopi finished: “We’re not journalists, we’re actors. We are trying to get to another place.

“You left and that was your prerogative. I feel bad because I don’t think the [contestants] were looking at them like that. People want the money.”

Her remarks on The View sparked commentary on social media as some royal fans defended Meghan.

Cindy tweeted: “Meghan said she appreciated the job, but felt uncomfortable and she was speaking for herself not the other women, and she moved on.”

Jen Cam remarked: “Question her feelings all you want but that doesn’t make them any less true. They are HER feelings @WhoopiGoldberg.”

Barbara added: “Meghan is allowed to have whatever feelings she wants.”

Meghan, who appeared on 34 episodes of the show’s second season between 2006 and 2007, said she quit because she felt she was being “objectified”.

Speaking with Paris Hilton on her podcast, Archetypes released on Tuesday, the Duchess explained: “There were times when I was on set at Deal or No Deal and thinking back to my time working as an intern at the US Embassy in Argentina, Buenos Aires, and being in the motorcade with the secretary of treasury at the time and being valued specifically for my brain.

“Here, I was being valued for something quite the opposite. I ended up quitting the show. I was so much more than what was being objectified on the stage.2

Meghan shared: “I didn’t like feeling forced to be all looks and little substance. That’s how it felt for me at the time, being reduced to this specific archetype, the word bimbo.”

She added that she wanted her one-year-old daughter, Lilibet, to be valued first for her mind, rather than her “beauty,” unlike she was on the show.