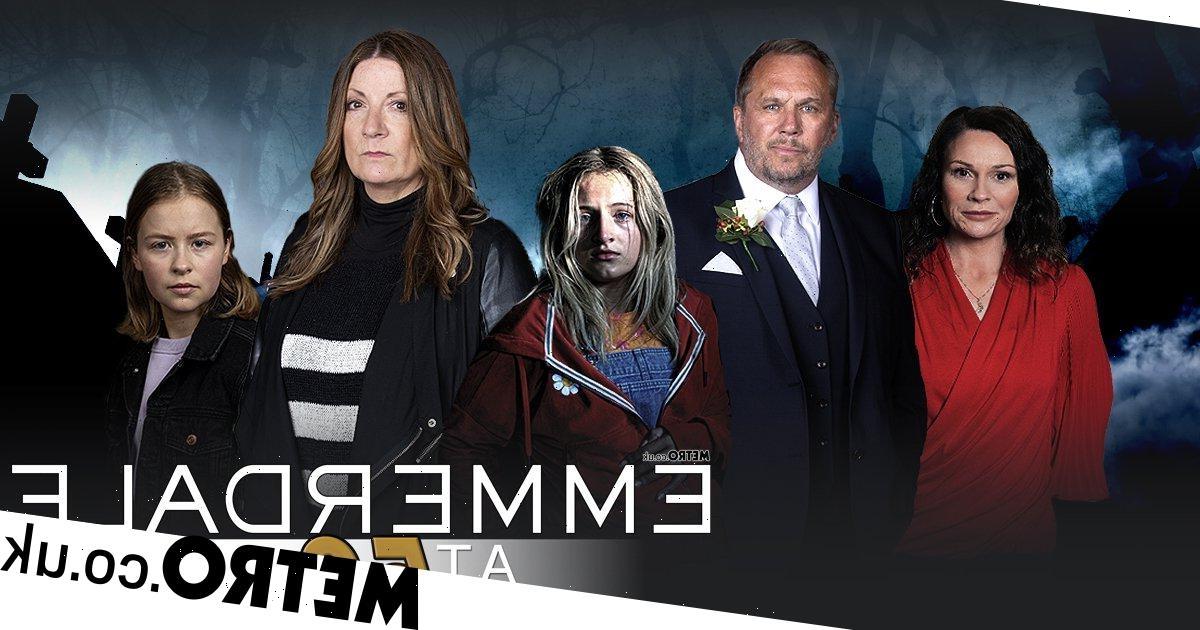 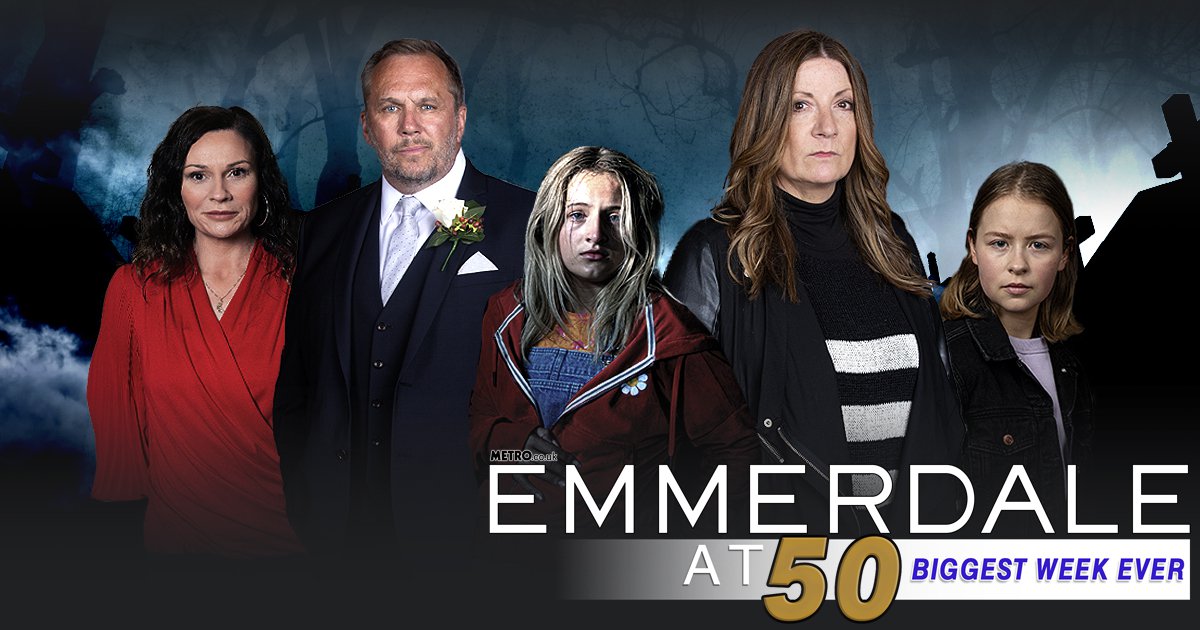 I love a stunt as much as the next man; Emmerdale’s motorway pile-up still remains one of the most gripping weeks of modern soap.

And if you have ever had a conversation with me beyond ‘hello’, you will know that I worship Coronation Street’s Maya Sharma, and her shop exploding antics.

They’re visually spectacular and a great way to draw in casual fans.

A ‘big week’ was once every few years; the idea of a whole village or Square being obliterated was an absolute novelty and an event for the ages.

Gradually, over the years, the over reliance on this kind of story has started to grow, and the thrill and excitement has slowly been saturated.

You could argue that this set in with Brookside’s later years. A soap which led the way with gritty, kitchen sink drama and took risks to tell stories that many other TV shows wouldn’t touch, suddenly took more desperate routes to keep hold of flagging viewers.

Blowing up the parade and nightclubs and sending a helicopter plummeting into a petrol station after it was shot down by a machine gun during a siege, was not enough to save the soap.

If anything, it robbed the show of its fantastic identity and tarnished its legacy; known in its latter years for endless gangster stories, murders, bombs and, um, THAT incest storyline.

Soap stunts, as all producers will – and do – tell you, has to be a result or an epicentre to an ongoing, more grounded series of character driven stories.

There is no point to stunning pyrotechnics and CGI masterclasses (and flops, let’s face it, they do happen), if there is no consequence or jeopardy beyond death, death, death.

Why was the motorway pile-up so successful? It was the perfect formula to what a stunt should achieve.

The visuals were breathtaking but the format was the real winner; focusing on a variety of character driven stories and even different genres in the same week, which brought our favourite characters to the colossal disaster.

There were episodes of romance, comedy and also an insane horror episode with a Misery-esque vibe and the slaughter of chickens.

After the carnage, a new, very long running arc involving Emma Barton developed, and it moved Ashley’s dementia storyline to the next level.

But the pressure is now on for soaps, and it is largely out of their creative hands.

With the competition for ratings higher than ever, given the options out there for viewing, channels are relying on soaps to reel out stunts, murders and violence.

Action sequences prioritised over grounded, relatable drama has become a reliance that is putting a real risk to the authenticity of the genre.

Richard Hillman driving the Platt family into the canal is an unforgettable Coronation Street moment in history; it gripped and shocked a nation and was talked about for months, if not years.

Nowadays, it would barely raise an eyebrow.

Each time a stunt is announced, the soaps are forced to declare it their best and biggest ever. Eventually, they will no longer be able to make that claim. In fact, I’d argue we are already in that territory.

The special effects teams, the design teams and all of the production values are absolutely stunning.

Last year, one of Meena Jutla’s (Paige Sandu) storyline peaks, which saw a bridge collapse into rapids and then a fire ravage an entire maze, was unbelievably well executed.

How do you get better than that in terms of effects? The anniversary this past week had to really pack a punch.

Many hoped that some nostalgia, some powerful human stories and some character returns would be the focus of such a monumental celebration – half a century is something most TV shows can never even wish to achieve.

It started off well; Kim Tate (Claire King) riding across the beautiful scenic Yorkshire Dales – the countryside is arguably the show’s biggest star – was a great homage to episode one.

The reflection of the lost characters through a montage of graves was touching and brought some familiarity to long term fans.

The week had just come off one of the most powerful soap storylines of the soap year.

Sally Dexter has done wonders with Faith Dingle, and the writing has been absolutely spot on.

Her heartbreaking and very human journey through terminal illness has been engaging and beautifully done, mixing heartbreak with uplifting moments of joy and laughter.

That is soap, the true nature of the genre which led on scenes of moving dialogue and focusing on the various complex relationships between characters.

Faith’s day at the beach and Marlon’s (Mark Charnock) wedding day to Rhona (Zoe Henry) have been two of Emmerdale’s most acclaimed episodes of the year. And both were joyful, uplifting and packed with love.

There is a reason why Mark is currently swimming in awards; the story resonated and explored a tough issue with care, able to not to make it overly miserable but without shying away from the realities of the situation.

The aftermath of Faith’s death is an opportunity for some really character driven scenes. However, a mere two episodes after her passing, the focus shifted to storm clouds gathering over the village.

It was the next ‘biggest stunt we have ever done’, but at the root of it, it was another ITV October.

And that’s where it’s a bit unfair on ITV soaps – and to a similar extent, Hollyoaks.

For whatever reason, October has become the month of massive stunts, meaning that they can’t be organic or come as a surprise.

Storylines have to be written around them, with that big, so-called ‘super soap week’ in mind.

In the past, weeks weren’t just big weeks because they had a pre-publicised murder or stunt.

A week could be considered huge if an affair came to light and there was a dialogue driven showdown.

Or a character’s emotive exit, they didn’t need to be killed off. Kathy Beale’s initial EastEnders exit was momentous.

And scheduling and episode counts haven’t helped either. Remember when an hour long episode made you think, ‘okay wow, this is something that is going to be pivotal’?

With Emmerdale’s storm, it was clear how much work and effort has gone in. Working in the industry and spending time with the teams; I can see that it’s impressive how much has been achieved.

For the average viewer, it’s not necessarily obvious the intricacies that have been invested, it’s a crash, bang or wallop and that’s it.

Then there’s the format. The first three episodes each ended with a cliffhanger of a character being in a stunt and being left for dead, and bloodthirsty fans are trying to work out who will die next, how many deaths there will be and it almost feels like one of those horror movies where characters are picked off one by one.

Liv’s death has been divisive as there was very little build up to her being smashed by a caravan.

However, this was probably the intention – for me, it did hit home the message that something can just suddenly happen and rob someone of life. Very rarely does it come with any warning.

So the episode which followed – of Vinny’s life suddenly changing forever – was powerful and devastating. It was a return to the human drama and it packed a punch.

Though it did feel a bit much for the Dingle family to lose another relative in the space of days; the way they play out the aftermath of this is important as for every member of the family, this double tragedy would in reality devastate them for a very long time.

The manners of death or near death – crushed by a caravan, having a quad bike land on you which then exploded due to a lightning strike, falling onto a tractor strike after diving from a cow stampede – these felt more like a challenge on how to do soap firsts.

And that’s how we get back to trying to top stunts year after year. Come October, what can they possibly do to top it?

And why should they have to try and top the spectacles of the 50th anniversary in their 51st October?

It was simply another super soap week, and this is unfair on Emmerdale.

In the last year, Jamie Tate has driven a car into a lake, Cain and Chas were involved in a crash, four characters fell into rapids when a bridge collapsed, an entire maze was burnt to the ground, the Woolpack exploded into pieces and now a killer storm has ravaged the village.

Over in Hollyoaks, an electrified chessboard was the setting for two bombs to then go off.

And Coronation Street went on to make the selling point of what was already an exciting and emotive ending, the Avengers style ‘first time ever’ visual effects.

While it looked good, it’s not something that the average viewer would have noticed. This is of course, the point – they shouldn’t notice – but the main talking points around the storyline became the technology, not the human drama.

Maureen Lipman told me recently that the grassroots of soap need to be utilised more – characters chatting together in the pub, having snippy stand-offs and sharing a community vibe, this appears to be dying more quickly than Emmerdale characters.

Stunts are fun, but using them too much and trying to top them in order to make a soap stand out is a short term novelty that is wearing dangerously thin.

Viewers will come for the stunts and then go again, but the core audience want to be invested in the characters without fearing a caravan is going to be dumped on them come October.

There is a place for carnage, but not at the expense of what soaps do best – as proven by the sweeping of awards for Marlon’s story.

My favourite moments of the week were Cain and Moira’s heartwrenching reflections on Faith’s decision to die, Kim Tate showing her vulnerability and Vinny sharing an emotional goodbye to Liv.

The heart of Emmerdale is what will guarantee it another 50 years – I just hope that doesn’t mean 50 more biggest stunts ever.