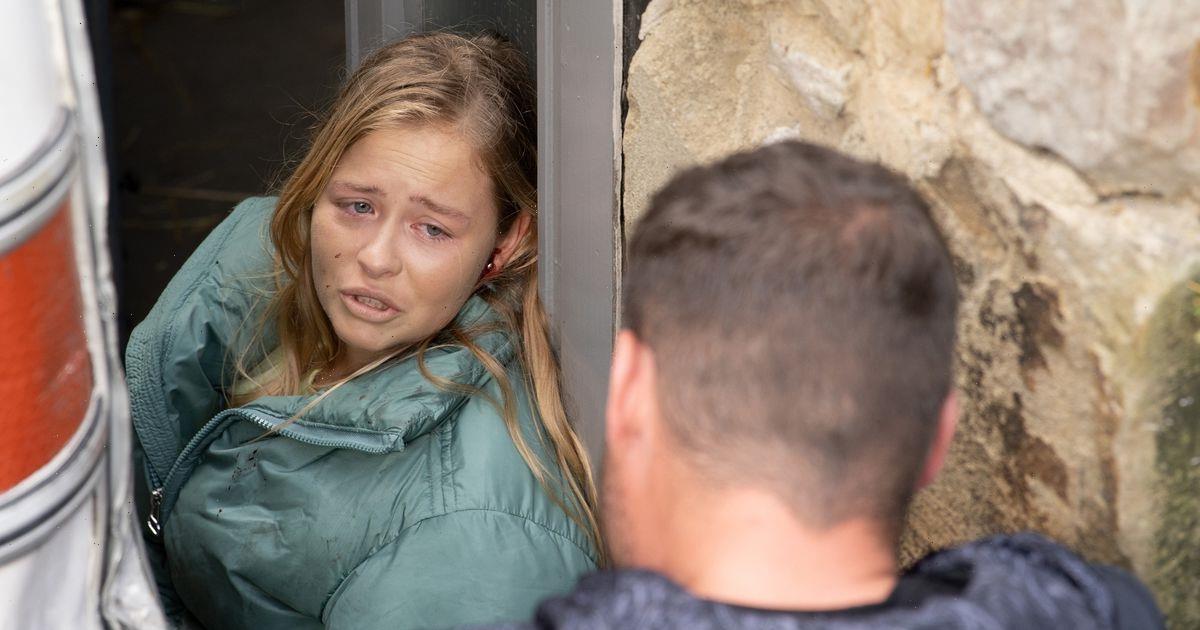 Viewers saw a caravan hit Liv and Vinny in last night's episode, with the fate of the couple left hanging in the balance as the storm continued to wreak chaos on the village.

As Vinny escaped the accident, Liv was left trapped underneath the caravan, before the Emmerdale resident tragically revealed that she "could not feel her legs."

READ NEXT: Emmerdale's Liv star exposes secret struggle behind-the-scenes when she was younger

Vinny, Aaron and Paddy desperately called for help, but emergency services broke the devastating news to the family that there was nothing they could do for Liv as moving the caravan would kill her.

Liv's older brother Aaron was the first to say an emotional goodbye, as Liv asked if she was going to be ok, but as Vinny broke down in tears talking to the love of his life, Liv realised that she was sadly not going to survive the accident.

The couple shared their final moments together, as Vinny told her, "you can have whatever you want," to which Liv replied, "I've already got that."

As Vinny spoke about what their life could have been, Liv told him: "Promise me Vin, you will do all those things," with Vinny saying, "We'll do them together."

As Liv told him that "it's going to be okay. You're strong, stronger than you know," she gave him her last heartbreaking words, saying: "I don't want to leave you."

Vinny told her: "Wherever you go, we'll be together again, I promise," before they shared one final "I love you."

As a ballad began playing over the heartbreaking scene, Vinny began to say Liv's name and broke down, as he realised that she had died – holding her in his arms as the episode ended.

Fans were left in tears following the emotional scenes, with one saying: "The writers are amazing! #Emmerdale this is toying with my emotions with the sad music!"

Another added: "Well that's me broken."

"What an episode not stopped sobbing. Poor Liv & Vinny," someone else posted.

As another viewer wrote: "I AM IN TEARS! This is one of the best scenes in a long time."

Liv's death follows news that broke earlier this month, which revealed that actress Isobel Steele would be leaving Emmerdale after more than six years playing the character.

An insider told The Sun that fans would be "on the edge of their seats", and admitted Liv's death would be a "real heartbreaker" – something avid soap viewers will remember for "a long time to come."

With Liv's death sadly taking place this evening, her death certainly has been heartbreaking for fans – with viewers left in tears as they watch the village come to terms with her loss.