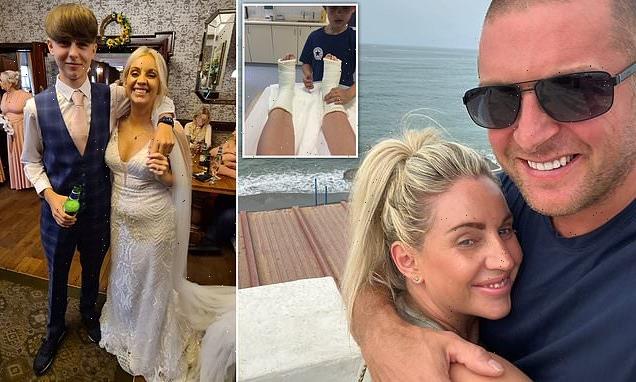 Mother, 34, who has ‘bones of a woman in her 80s’ says she is ‘scared of hugging her family’ in case she injures herself – after an ankle sprain in her twenties triggered osteoporosis

A mother who has cracked her ribs from sneezing has revealed she is scared to hug her family for fear of breaking a bone – after an ankle sprain triggered an incurable condition.

Sarah Duffy, 34, from Manchester, rolled over on her ankle aged 26, and began to suffer from weak and brittle bones which led to her diagnosis of osteoporosis, which normally affects people aged 80 and over.

She was forced to spend a week on bedrest before her wedding so that she could walk down the aisle without excruciating pain – which she says has become a part of her daily life.

She said: ‘Sometimes, I’m too scared to even hug my husband or son for fear of my bones breaking. It’s very difficult to deal with because I just want to have a normal family life.’ 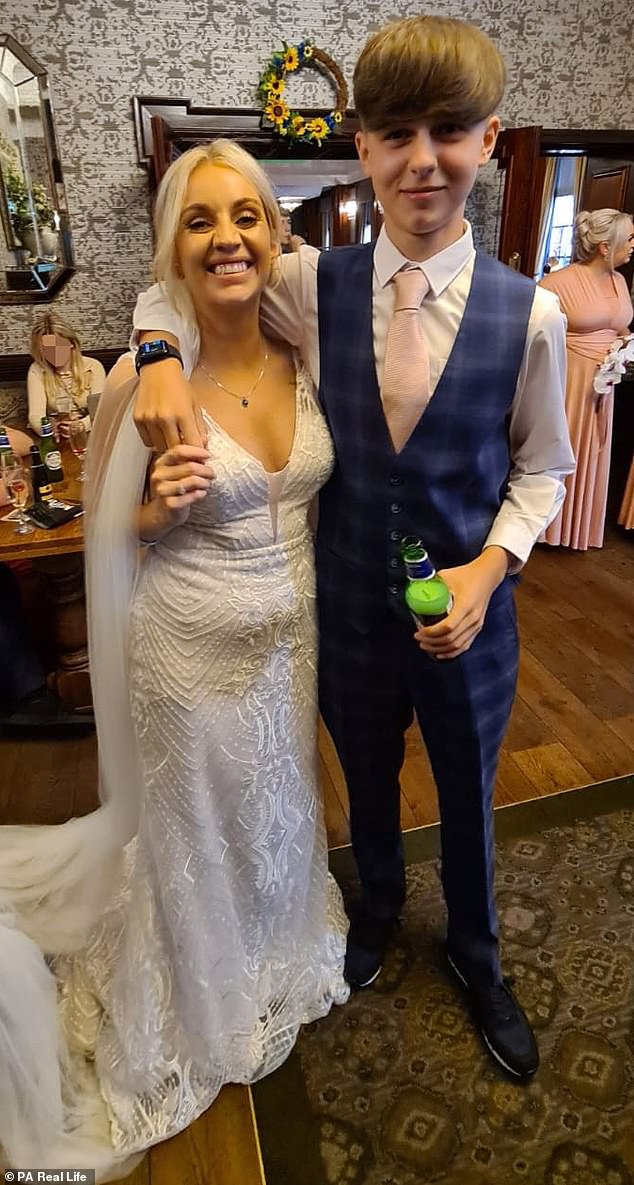 Sarah Duffy, 34, from Manchester, who has cracked her ribs from sneezing is scared to hug her family for fear of breaking a bone after an ankle sprain triggered an incurable condition (pictured with her son Brody on her wedding day)

Before the fall in 2014, Sarah was active and healthy, regularly skiing and practising martial arts.

Doctors believe the fall may have triggered early onset osteoporosis which, according to the NHS, is a condition that weakens bones, making them fragile and more likely to break.

Now, Sarah often struggles to walk and says she is sometimes scared to hug her husband and kids for fear that it will damage her brittle bones. 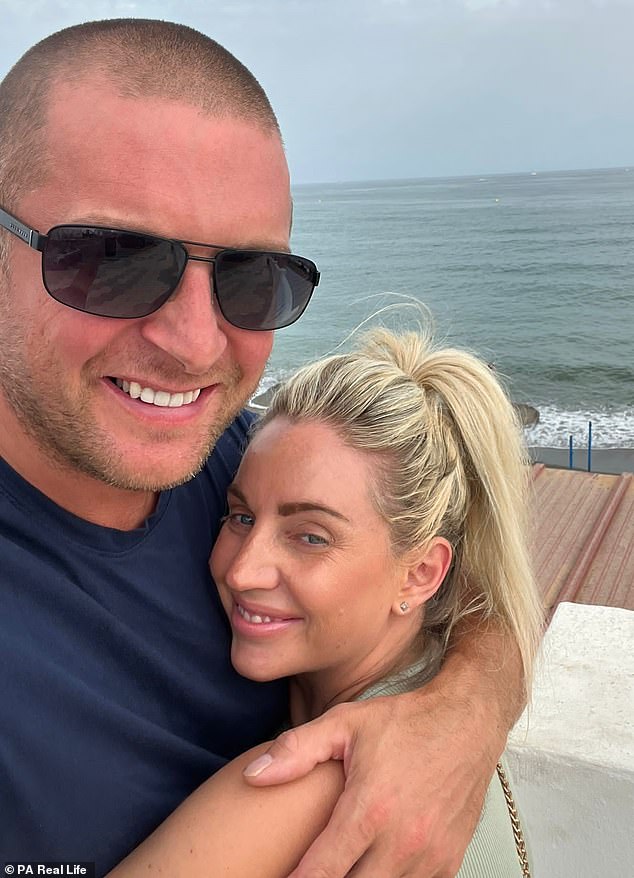 Sarah, who lives with her husband, Mathew, 39, (left) rolled over on her ankle aged 26, and the recruitment consultant began to suffer from weak and brittle bones 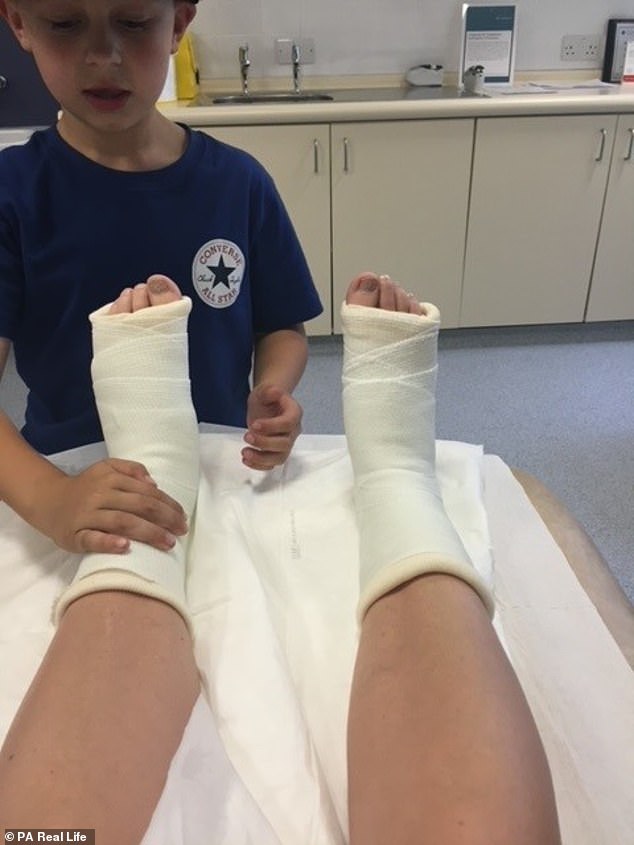 After rolling over on her ankle it led to her diagnosis of osteoporosis, which normally affects people aged 80 and over

She said: ‘I try to hide how much pain I’m in because I just want to live a normal life.

‘I’ve had people in the past not believe me when I say I have osteoporosis and arthritis because they are conditions that affect older people.

Osteoporosis is a health condition that weakens bones, making them fragile and more likely to break.

Sometimes a cough or sneeze can cause a broken rib or the partial collapse of one of the bones of the spine.

The most common injuries in people with osteoporosis are:

Losing bone is a normal part of ageing, but some people lose bone much faster than normal.

Women also lose bone rapidly in the first few years after the menopause.

Treatment for osteoporosis is based on treating and preventing broken bones, and taking medicine to strengthen your bones.

‘I want to raise awareness that younger people can struggle with it too, and it’s become a big part of my life.’

It was a minor trip that happened when Sarah was walking along the pavement in 2014 that triggered the life-long condition she now lives with.

She said: ‘I’d come out of a restaurant one afternoon and was walking on the pavement. It was a bit uneven and I just rolled over on my ankle.

‘It was such a minor event that it seems ridiculous but that was where the issues stemmed from.’

After months of pain issues and multiple trips to the doctor, an MRI scan revealed multiple fractures to her ankle.

Two years later, in 2016, Sarah was diagnosed with osteoporosis and arthritis.

She said: ‘It took a while to get diagnosed because I’m a lot younger than most people who live with this condition but scans and tests showed that, despite being in my 20s at the time, I had the bones of a woman in her 70s or 80s.’

Sarah says she now has good days and bad days.

She said: ‘There will be times when the pain isn’t as bad but there are also days where just walking to the car is a struggle.

‘In the lead-up to my wedding, I was on crutches, I couldn’t physically walk because the pain was so unbearable.’

She added: ‘I’d cry most days because all I wanted was to be social and I was very worried I wouldn’t make it up the aisle.’

Sarah spent the week before her wedding on bedrest to ensure that she would make it to her big day.

She said: ‘It was the only way to make sure I’d be able to cope with the pain.’

She added: ‘My bones are so brittle that I have broken ribs just from a simple sneeze. In fact, I’m terrified of sneezing because I know it’ll happen.’

But Sarah’s son is aware of her condition and she says he will often help her when she is in a lot of pain. 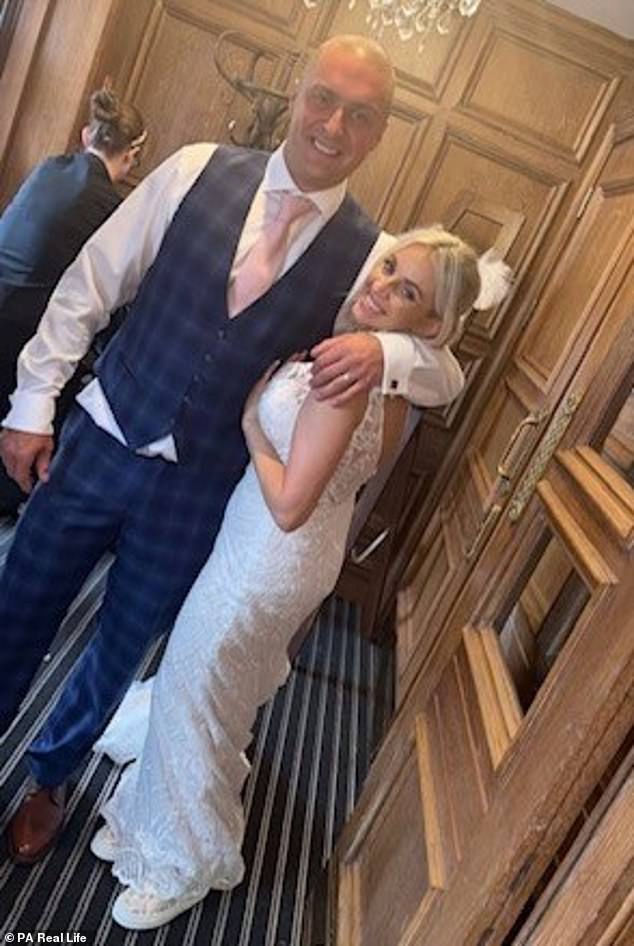 She said: ‘Brody knows that I’m a different type of mum, he understands my boundaries and can notice when I need help.

‘I don’t want him to have household chores, I’m too proud to have him take on that kind of responsibility and I’m quite lucky that Mathew will do those things, but Brody will make me a cup of tea or help out with the dishes if he sees I’m in pain.

‘A lot of people don’t understand just how much this condition affects me and I think those misconceptions are largely down to age.’

She added: ‘I’m a lot younger than most people who are diagnosed with osteoporosis and I’ve had people in the past not believe me when I’ve told them about my diagnosis.’

Now, Sarah is not taking any prescribed medication and regularly uses Actimas Celafen, an £11.50 joint cream.

She said: ‘In 2019, I started a treatment called teriparatide which was administered through a daily injection and, while it did help with my bone strength, I suffered severe side effects such as nausea and pain.’ 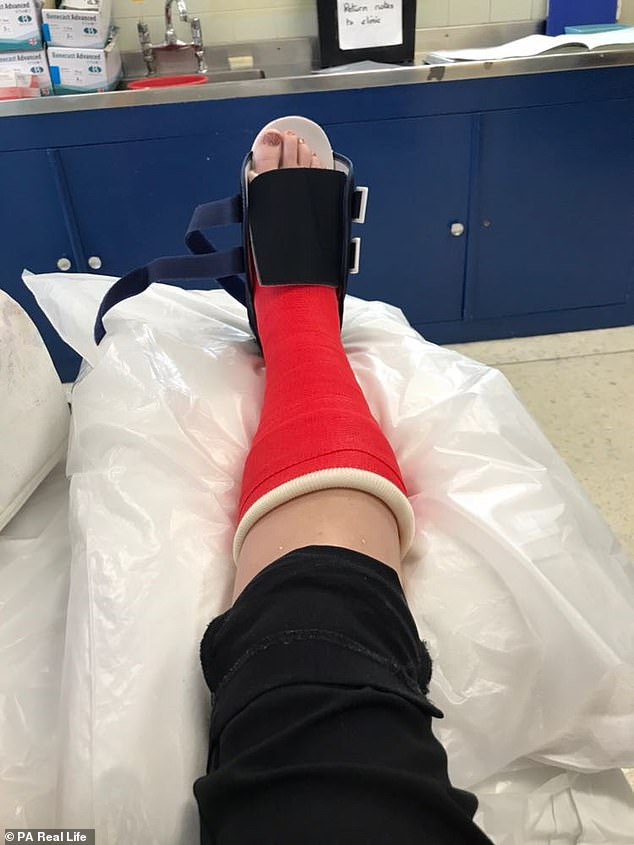 After months of pain issues and multiple trips to the doctor, an MRI scan revealed multiple fractures to her ankle 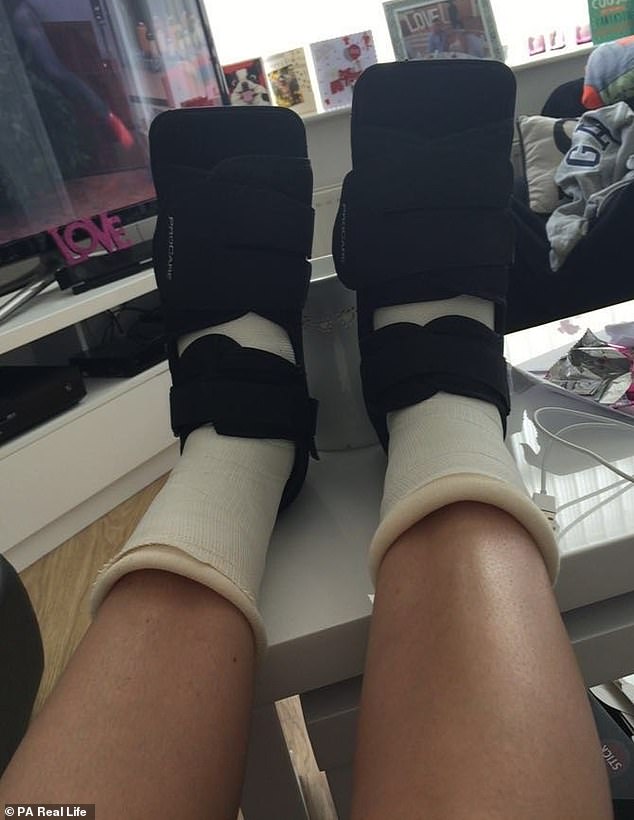 Two years after breaking bones in her ankles, Sarah was diagnosed with osteoporosis and arthritis

The cream has since helped Sarah to ease her chronic pain. Now, Sarah is raising awareness about the condition.

She said: ‘I want to raise awareness that this can affect people my age. There’s so much information on older people getting osteoporosis but there isn’t much out there about younger people.’

She added: ‘Living with early onset osteoporosis is very painful and difficult but I am living proof that you can get through it.

‘I’m very lucky that I have my family and friends to support me, I couldn’t do it without them.’