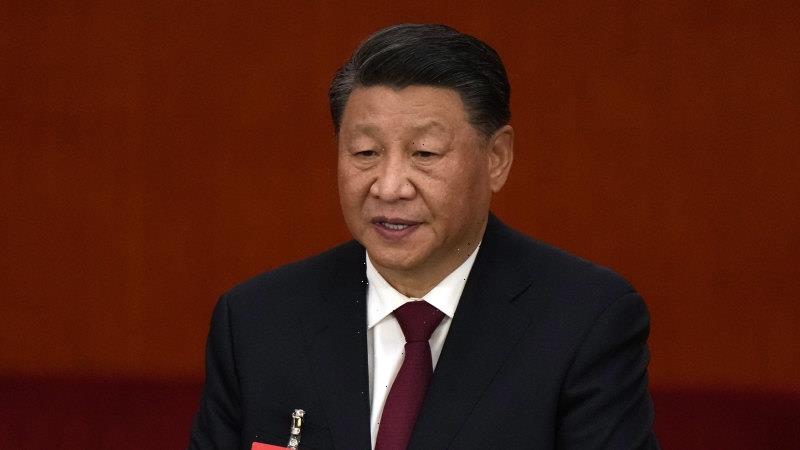 This week, Xi Jinping – the son of a man purged from high office and sent to the countryside to help manage a tractor factory – will confirm himself in a third five-year term as the head of the Chinese Communist Party and through it the People’s Republic.

To achieve this summit of personal power, Xi has had to roll back term limits put in place decades ago, in the aftermath of Mao Zedong’s absolute rule and its catastrophic consequences for the Chinese people. He has been able to do so largely because, in an era of global crises and economic uncertainty, he has promised “common prosperity” and made himself the symbol of political continuity and stability.

As our North Asia correspondent Eryk Bagshaw pointed out in his profile, the installation of “Xi Jinping Thought” as the party’s line means that to criticise the leader is now the same as criticising the state. But this cuts both ways; having made himself the unrivalled source of power and policy, Xi will now be identified with the party-state’s handling of all the challenges before it.

They are enormous, yet in some cases strangely familiar. Long after Victoria and New Zealand said goodbye to zero-COVID strategies, China is still committed to one, using harsher lockdowns and stifling economic activity. Beijing’s insistence on self-reliance through less-effective homegrown vaccines has led to it being overwhelmed by the Omicron variant and its sub-variants.

The country is sitting on a property market timebomb, with construction stalled and developers drowning in debt. The first sign of the extent of this problem was the default of development giant Evergrande in 2021. At a time when governments here are being pushed to build affordable housing, Xi has repeatedly declared that “houses are built to be inhabited, not for speculation”. But there has been little to suggest since then that China’s leaders can find a way out of this mess, other than moving the mountain of debt to state-owned companies.

More than a decade after the global financial crisis, China is hurtling towards a reckoning on reckless bank lending to people whose incomes and spending are stagnating, with the only thing preventing 2008-style runs on Chinese banks being Beijing’s array of oppressive powers. Because Xi underwrites those, any signs of protest – from Hong Kong to Xinjiang, and from July’s mass demonstration by bank depositors in Henan province to last week’s lone anti-lockdown protester in Beijing – are automatically seen not as grievances to be addressed but threats to national security.

Any economic crisis in China would severely affect the global outlook, but also brings the danger that Xi might seek to overcome internal difficulties by assailing external adversaries. As Shanghai-based activist Ji Xiaolong noted after an April anti-lockdown protest there, Chinese officials’ reaction to dissent is that “behind every problem, every protest, is also a plot” by foreign forces.

In February, Xi welcomed Russian President Vladimir Putin – another leader who has managed to circumvent all constraints on his tenure – to Beijing, and in the shadow of the Olympic flame declared that their partnership had “no limits”.

Putin’s power to shape the world around him and perpetuate his personal rule is being tested through bloody destruction in Ukraine. The vital question for China and all those who do business with it is whether Xi can avoid such a path or whether the quest for absolute security and unchallenged rule will lead him to some reckless action that might prove his undoing.

At a time when the West is seeking to constrain Chinese power while avoiding military confrontation, hopes for “common prosperity” both within China and beyond it may hinge on whether Xi can imagine a different approach to absolute leadership. The signs are not promising.

Michael Bachelard sends a newsletter to subscribers each week. Sign up to receive his Note from the Editor.