It’s not unthinkable that with the ever-expanding prop-bet-ification of all things culture that someone somewhere had odds on what the last shot of “Rings of Power” Season 1 would be. It would have been easy to expect a closing image of an extremely concerned Galadriel (Morfydd Clark) or a ship on the Great Sea or even that trio of aesthetically curious rings.

For “Rings of Power,” that actual parting shot is of the newly-minted Mordor and a cloaked Sauron (Charlie Vickers) making his way toward plans for a new Middle-Earth empire. From a storytelling standpoint, it’s never a coincidence what note that showrunners want to leave an audience with at the end of a season. Yes, the image of someone walking toward Mount Doom at the close of an opening chapter is a rhyme of an ending first seen 21 years ago. But for a TV show whose goals still feel flexible after eight episodes, it’s also a reminder of what “Rings of Power” still has in store.

In the age of streaming, as has been litigated countless times before, Season 1s-as-prologues are the rule not the exception. Sometimes that process can be excruciating, watching a show delay its payoff in a very Surf Dracula way. Other times, those unabashed prologues turn out to be one of the year’s best and most underrated series. “Rings of Power” seemed to fall somewhere in the middle, for all the reasons that IndieWire’s Ben Travers eloquently laid out earlier this week.

It’s not that the Season 2 it set up so far won’t have some surprises in store, but the show spent its New Character chips and at least a few of them have been wiped off the board. “Halbrand” is gone and “The Stranger” isn’t nearly as much of one anymore. The trio of mysterious mages/Sauron devotees with a penchant for turning encampments into bonfires may still exist in some non-corporeal, “skeletons made of shimmering butterflies” form. There’s still no guarantee we’ll see them again. In the world of Men, both Theo and Isildur have lost good friends in combat. 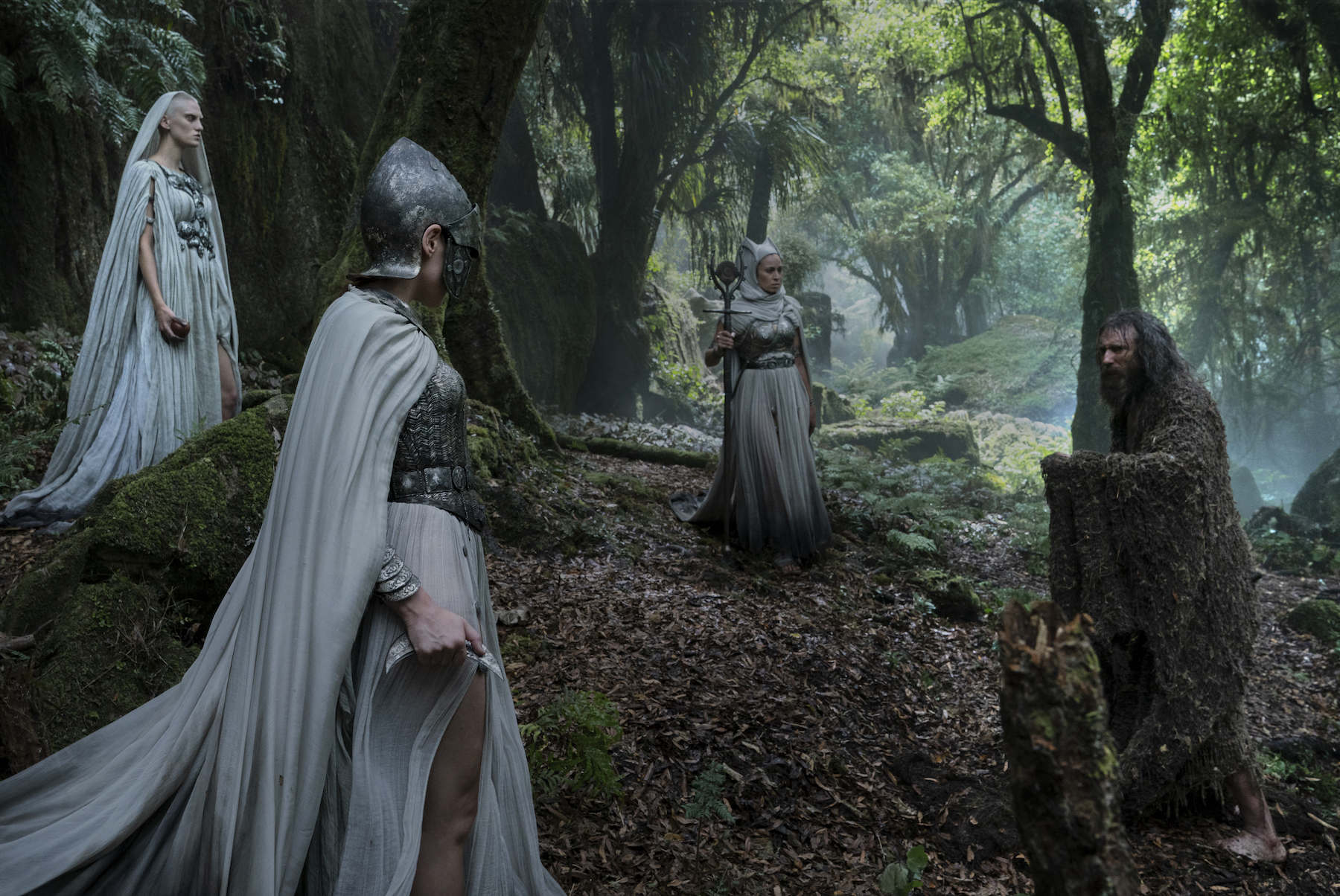 “The Lord of the Rings: The Rings of Power”

So aside from revealing those rings that gave the show its subtitle, that season finale doubled as a kind of promise to get closer to a recognizable world. All the pieces that someone might expect from a “Lord of the Rings” prequel — Elrond, Galadriel, Sauron, Elendil, someone from the dwarf ruling lineage, the ring forger Celebrimbor — were either laid out explicitly or hiding in plain sight. Much of “Rings of Power” so far has been braiding all of these interests together so that everyone’s fates are truly united going forward. Part of the show’s chosen foundation meant being cagey about some of these individuals’ involvement, but much of that mystery will be laid bare going forward.

Part of the problem of the show being evasive with Halbrand and The Stranger is that the audience still mainly knows those two characters as an individual persona. There was a sneak peek of Sauron’s ability to manipulate thoughts and emotions, but his bottom-line shiftiness and pursuit of power is the only tangible thing that can really carry over into these new episodes. Going into Season 2, the central appeal for both characters is less around who they are than what they’ll become. That’s probably better for stoking conversation around the show — surely more than a few “I can’t believe they had [x] do [y]!” reactions, both positive and negative — but it does bring the show closer to being connective tissue than standing on its own.

Picking Galadriel as a main character and showing her as a warrior was the biggest antidote against that. The entire first season set her up as an active participant, not just a sage dispenser of wisdom. In the opening episode’s ice climbing adventure and in her singlehandedly taking on a group of would-be Númenórean guardsmen, we got to see what she was capable of, as herself. There weren’t whispers of her abilities or only learning about her through reputation. For a show that was evasive in some areas, Galadriel was who she was, to the show’s benefit. (It’s probably not a coincidence that Bear McCreary’s Galadriel theme ended up being the show’s strongest and most instantly recognizable piece of music.)

This is still a Tolkien world built more on experience than riddles to be solved. To the extent that the finale’s reveals were actually reveals, it was to characters who don’t have the benefit of hindsight. The mystery of Sauron’s identity works better as a litmus test for trust and a willingness to take someone’s intentions at face value. The Stranger may have arrived at an unsurprising season endpoint, but in a literary world built on journeys, his story was never going to be primarily about the destination.

“Rings of Power” did what it could to give theory-hungry fans something to debate over. Now that the guesswork isn’t as much of the fabric of the show, there’s room for it to explore new corners of its characters. Having carved away much of that puzzle-box possibility and set up a core to follow as Middle-Earth transforms, Season 2 is being set up to be more than just a follow-up to a prologue.

“The Lord of the Rings: The Rings of Power” Season 1 is available on Amazon Prime Video. Season 2 has already been renewed.