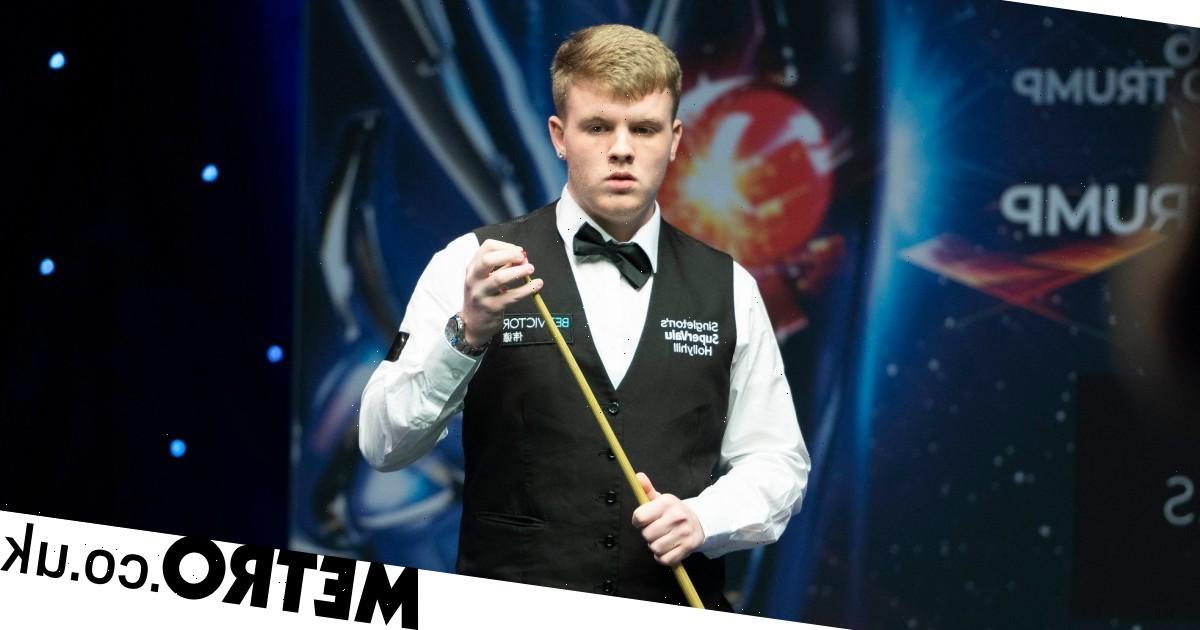 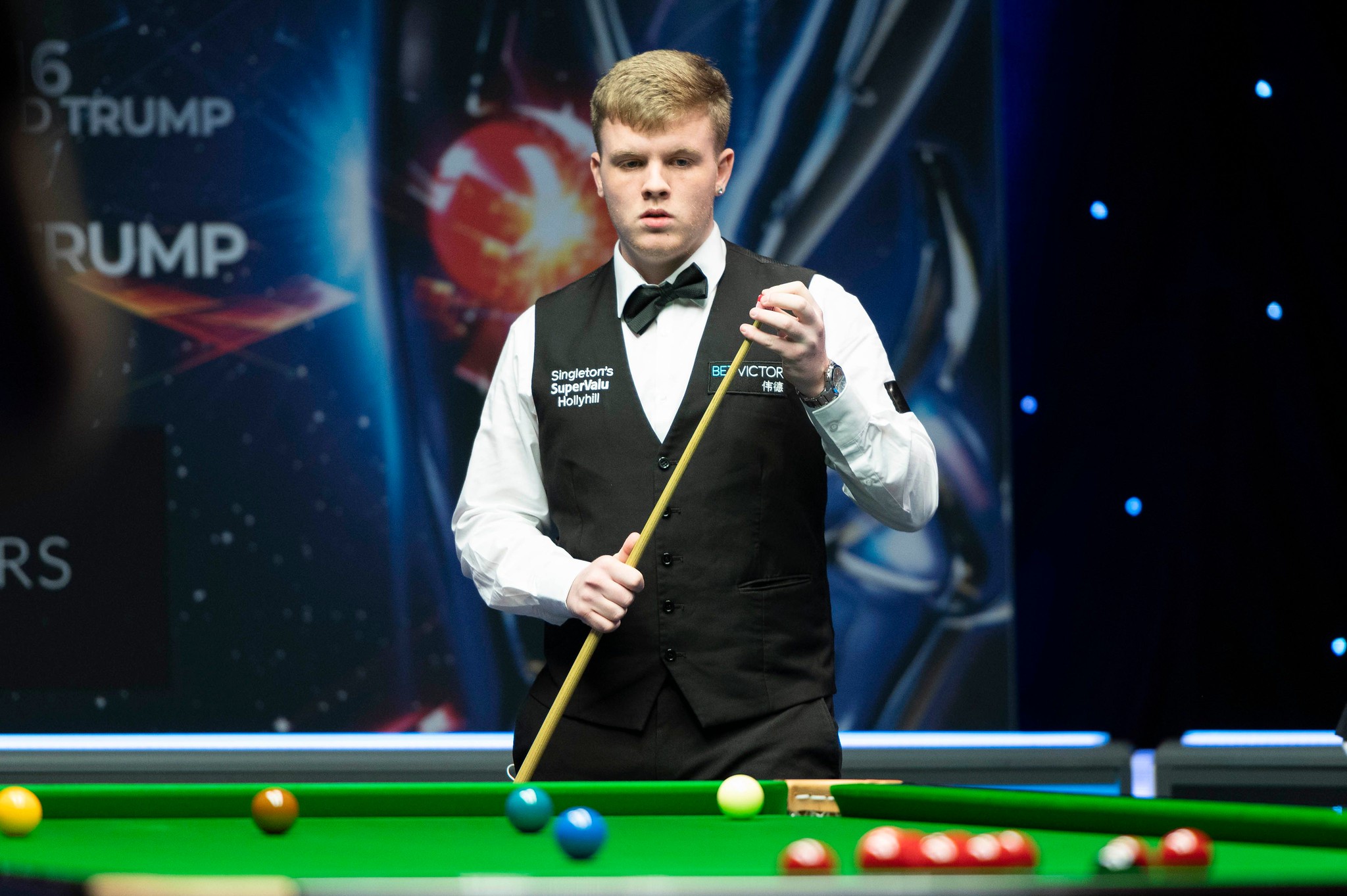 Aaron Hill ousted three-time champion Judd Trump from the Northern Ireland Open on Tuesday night in a big Belfast shock, although the beaten favourite was not that impressed.

The 20-year-old shot to fame by beating Ronnie O’Sullivan in 2020 and also has a big win over Zhao Xintong, now adding Trump to his list of huge scalps.

He made breaks of 87 and 52 in the 4-2 win over the world number two, with Trump playing well enough himself, making a 109 in the second frame.

The Irishman was thrilled with the win and to perform in front of the Belfast crowd, having brought a big group of fans up with him from his native Cork.

‘From the set off I was in the zone. I know I can play like that all the time, it’s just about getting consistency,’ said Cork. ‘I’m pretty happy, I was buzzing out there. I like playing out there in front of the crowd and the TV cameras.

‘When you play the likes of Judd it brings the best out of you because you know you have to play no miss snooker to in.

‘I’m just chuffed to pieces now. To have my family there as well, in the front row, it’s a special feeling. It means the world to me, I just hope it can kick start me now to do this more often.

‘When I saw the draw to potentially play Judd only up the road from me in Northern Ireland, it was a dream come true because my family can come up, me playing a big player on TV.

‘What more could you want? Young player like me, all you want is to be out there in front of the fans. It’s right up there as one of my biggest wins, obviously and one of the biggest days of my life.’

Hill beat O’Sullivan right at the start of his first season as a pro but could not follow it up with many more wins and dropped off tour earlier this year.

However, he bounced straight back on through Q School and is looking to kick on, with Tom Ford waiting in the last 32 this week.

This win was also extra special for Hill with his family in attendance, with the victory over the Rocket coming during Covid in an empty arena.

‘When I beat Ronnie it was like a honeymoon, expectation started to build, then I started getting losses. When I wasn’t winning then it was tough,’ he said.

‘Now I’m more experienced, hopefully after a big win like this I can kick on and not get hammered four-zip in the next round.

‘It’s my third year on the tour now, it’s the first time I’ve had a chance to play in front of my family in such a good crowd.

‘Even when I beat Ronnie I was on my own, no crowd, I had to go back to the room.’

Trump cut a frustrated figure after defeat, feeling the youngster had got the run of the balls during the match.

Asked if he had come up against an inspired performance, Trump told Eurosport: ‘Not really. I didn’t feel like he played that well, there were quite a few shots he got away with, so it’s disappointing.

‘I don’t really know what I did wrong. First frame he fluked two balls, third frame a terrible safety and got away with it. The list goes on.

‘I missed a ball in the last frame. Other than that he made a lot of mistakes and seemed to get away with every single one of them.’