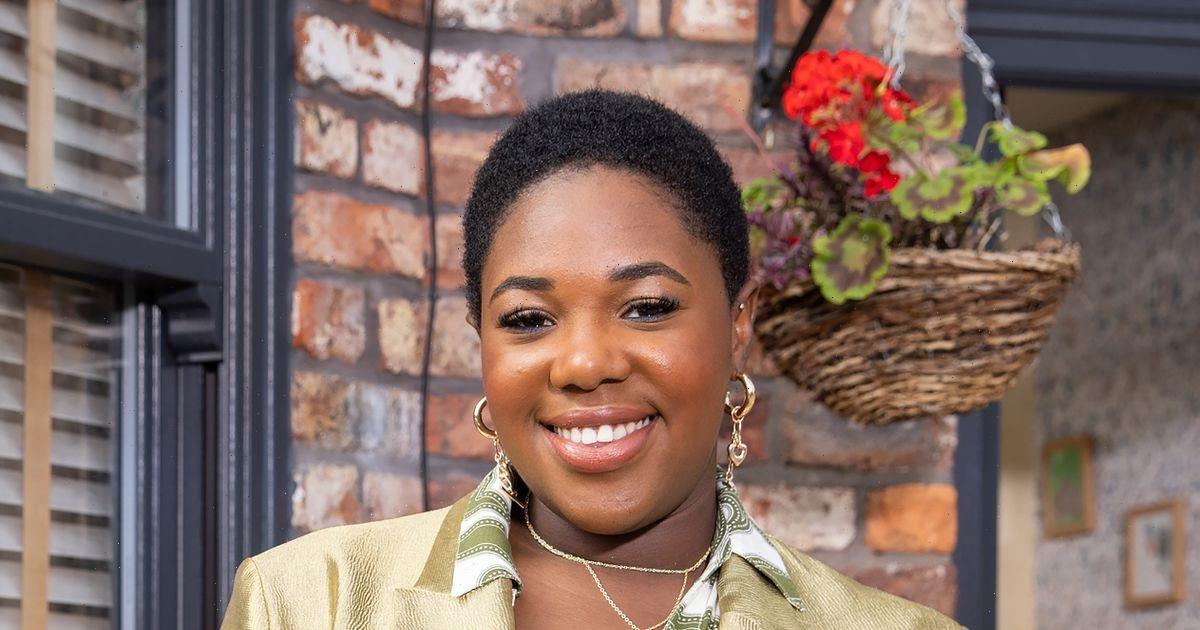 Coronation Street actress Channique Sterling-Brown put on a spectacular performance as she sang her heart out following her attendance at the Inside Soap Awards in London.

The 25 year old, who recently joined the ITV drama playing the role of Dee-Dee Bailey, blew her fans' breaths away as she belted out Adele's popular track Rolling In The Deep.

Wearing a plunging black dress with a thigh high split, Channique took to the mic as she entertained her fellow Corrie stars while they tucked into McDonald's.

READ NEXT: Coronation Street Stephen caught out as Leo 'returns' to send warning to dad Teddy

Showcasing her hidden talent, the actress made a lasting impression as she sang confidently in front of co-stars. Last month, Channique joined the cast of Corrie and has already been involved in a gripping storyline.

Before she arrived on the famous cobbles, the star took to Instagram to share the happy news with her fans.

Posting a picture of herself outside the Rovers Return Inn she wrote: "Nah, real talk look at what God did.

"Well the news is finally out! Absolutely delighted to share, that I’ve joined the wonderful cast of Coronation Street as new regular Dee Dee Bailey!

"Thank you so much to the gorgeous cast and crew of @coronationstreet who have welcomed me, especially the brilliant Bailey Family who have made me feel so at home!

"Big thank you to my fab agents @chmagency."

She continued: "Thank you to my incredible family and friends who have loved, supported and prayed me through this whirlwind process! And above all else, glory unto God.

"What an incredible blessing! vI am sooo excited, for all that is to come and incredibly grateful for this new chapter in my career!

"Catch DeeDee crashing onto the cobbles, next Wednesday, 28th September cannot wait for you all to meet her!!"

But to Stu's displeasure, they managed to work out that Stu's ex-wife and daughter was responsible for a murder that he was initially imprisoned for.