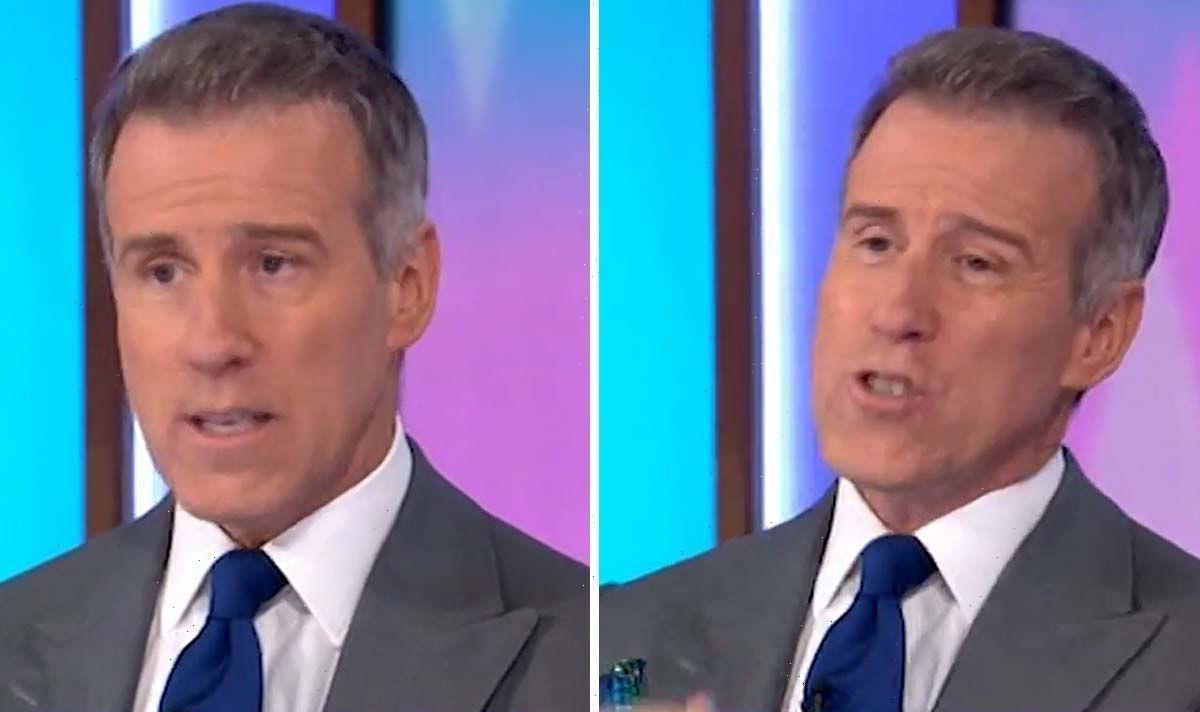 Anton Du Beke hit out the guilty party who has revealed the Strictly Come Dancing eliminations this year. The judge used his appearance on Loose Women to plead with whoever is responsible to stop, during an impassioned speech on the ITV show.

This year’s Strictly has been struck with a spate of leaks where the unlucky couple to be voted off has been announced online before the results show.

The result’s show traditionally airs the day after its recording and Anton vented his frustrations about the matter on Tuesday.

Host Ruth Langsford said: “There’s been a lot in the papers this week about the Strictly mole…” before Anton interrupted.

“Please stop whoever you are, don’t do it, why would you do it?” Anton said before Linda Robson asked: “Would that be the audience?”

Anton continued: “I don’t know – nobody knows. The audience, the people who go to [whodunnit show] The Mousetrap for example, that’s been going for years and [they think] ‘We’re all in it together.’

“You know, knowledge is power and all that sort of stuff, everyone has an agreement that we won’t say anything.

“But they call you a spoiler for a reason, because you spoil it, so don’t do it.”

He then contemplated: “But the other option of course is don’t read it.”

Ruth added: “It is hard to avoid with social media,” but the fired-up judge, who’s starred on the BBC dance competition since its first airing, was frustrated with the Strictly leaker.

The dancing veteran remarked: “Well it is really, but try to stop spoiling it please because people don’t wanna know. “

Strictly Come Dancing’s live performances air on BBC One, with the routines, scores and comments from the judges kicking off millions of people’s Saturday nights from 6.30pm.

However, the reveal of the couple in the bottom two, the dance-off and elimination are all recorded the same night, with the results show airing the day after on Sunday.

Last week, the elimination of Matt Goss and professional partner Nadya Bychkova was revealed on a superfan’s website after they tweeted the link to their 55,000 followers at 11.30pm on Saturday night.

On week three of the competition, Richie Anderson and 2021 winner Giovanni Pernice were the shock couple to leave the show, but not for those that caught the result on Twitter on the night of their performance.

Despite the frustration of the Strictly “mole”, Strictly bosses are refusing to change the format of the popular BBC showpiece.

“But doing that would cost huge amounts of money. Others have suggested that the results show should air directly after the main show.

They continued: “But that denies fans the chance of two helpings of their favourite programme over consecutive nights.

“The lesser of the evils is simply to ignore any online chatter about who is in the dance-off and who has been sent home. Or just ignore social media as much as possible.”

Regarding the leak of the results, Express.co.uk has contacted the BBC for a comment.

Strictly Come Dancing airs Saturday from 6:30pm on BBC One and BBC iPlayer