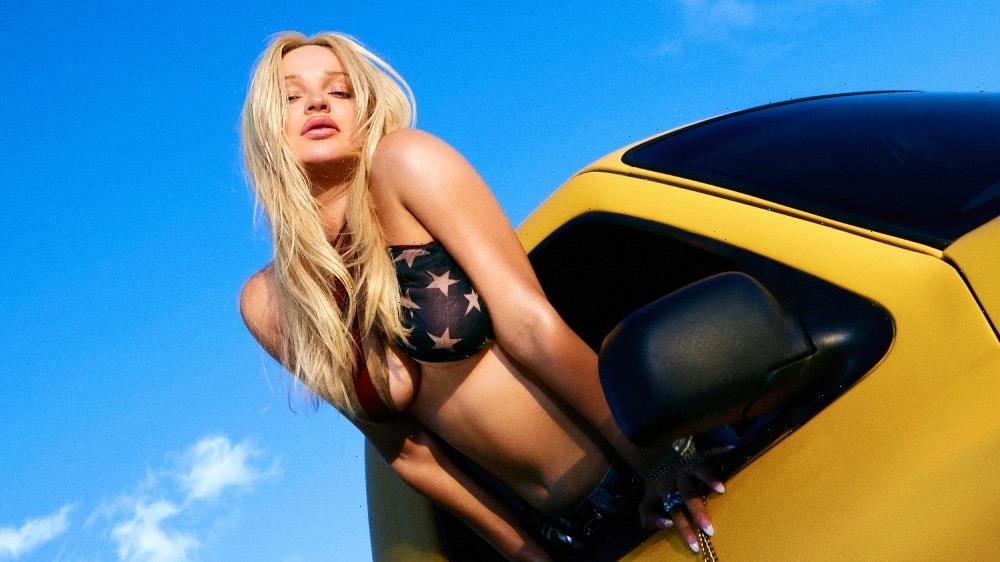 Disbelief colors Kim Petras’ voice when asked about her reaction to the global success of “Unholy.” After searching for the right words, she lands on “fever dream.” While the reality of having the biggest song in the world might not have sunk in yet, the numbers don’t lie. In addition to being No. 1 on Billboard’s Global 200, the unapologetic collaboration with Sam Smith has topped the charts in multiple countries including the U.K., Australia, and Canada, and is looking to do the same in the U.S. — looming large at No. 2 on the Hot 100.

Ever since that session in Los Angeles’ iconic Capitol Studios, “Unholy” has been all Petras could think about. “It’s existed in my life for five months and I’ve built my entire life around it,” she says. “I always believed it was going to be big.” Petras just had no idea how big. The success means even more given her collaborator: “Sam had me on because they felt like I was the right fit, it means so much because I was able to be myself.”

Living out her cabaret fantasies in the Floria Sigismondi-directed video was just icing on the cake. “I’m German, so ‘Cabaret’ is one of my favorites because it’s set in Berlin,” Petras says. “I’ve always loved Liza Minnelli and wanted to do something like that.” Smith loved the idea and they filmed the clip in a London theater. Being hoisted above the stage in a heart-shaped hoop did have its drawbacks, however: “My butt is still sore from that hoop, but absolutely worth it.”

Given the song’s Sept. 22 release date, “Unholy” is eligible for a Grammy Award at the 65th annual ceremony on Feb. 5. “It would be surreal and incredible,” Petras says of the possibility. “I always felt like an outsider, so I built this very LGBTQ+ space around me and focussed on my diehard fans in the community.” A nomination from the Recording Academy would be vindication. “The Grammys recognizing that I’m a good songwriter or I sing on good songs would mean the world to me.”

Regardless of what Nov. 15 (the date nominations are revealed) brings, Petras is already breathing rarified air in the pop world. Her next single, “If Jesus Was A Rock Star,” was not only co-written by Max Martin but also features the Swedish pop maestro on backing vocals. “We scheduled a session at Max’s studio in West Hollywood,” she explains. “It was supposed to be Omer Fedi, Ilya, and Savan Kotecha, but I walked in and Max was sitting on the couch.”

It turns out that Martin was very aware of Petras’ music and wanted to work with her. The feeling was very mutual. “I know way too much about Max,” she laughs. “I got to ask him questions about his old metal band and all the pop songs I love, the melodies, the chords.” Martin then surprised everyone by stepping behind the mic. “He did background vocals because he has an amazing voice,” Petras beams. “Omer and I were dying and fangirling.”

“If Jesus Was A Rock Star” promises to be a radical change of pace for pop’s premiere escapist. “It’s the first time I’m opening up about something very real,” Petras says. “I’ve struggled with religion my whole life, I was never accepted into it because I’m trans.” The song includes the lyric: “if Jesus was a rock star then maybe I’d want to be just like him,” which she interprets as a call for inclusion: “If religion didn’t exclude me, maybe I would want to be a part of it.”

The song also sounds different from her usual fare. “It’s really just a guitar and my voice,” Petras reveals. “I never thought I’d do that type of song because it has to be really, really good to get away with it.” The focus is solely on the lyrics and Petras’ vocal delivery, which both excites and terrifies the pop diva in equal measure. “I feel like the most exciting thing I could do right now is strip everything away and go to the core of why music is important to me.”

She was worried, however, that fans might not go along for the journey when she performed it for the first time at TwitchCon. “It’s slow and all my songs are gay club bops,” Petras says. “I thought it would be the part of the set where everyone gets a drink.” Instead, fans got out their lightsticks and sang along. “It was really magical that people immediately connected to the song and understood that it’s about equality, and how I wish everyone was included in everything.”

While Petras has more Max Martin-produced tunes on the way after “If Jesus Was A Rock Star,” the focus remains very much on “Unholy.” There are performances planned and she has a score to settle with horror icon Chucky (Petras contributed to Syfy’s “Chucky” series soundtrack) who declared that he was unholy long before Petras and Smith in a recent post. “It was uncalled for, but Chucky is also iconic and a bad bitch,” she laughs. “Chucky, can we put our differences behind us and just hang out? I feel like it’s time.”

In many ways, “Unholy” is the culmination of a lifelong journey for the singer who moved to LA from Germany “with no money and slept on studio couches,” she says, “I’ve been working hard every single day for 10 years.” It hasn’t been easy, but Petras wouldn’t change a thing. “If you work really hard and you believe in yourself, amazing things can happen,” she says. “My own little fairy tale is happening right now. I’m just so grateful to Sam and everyone that likes the song.”