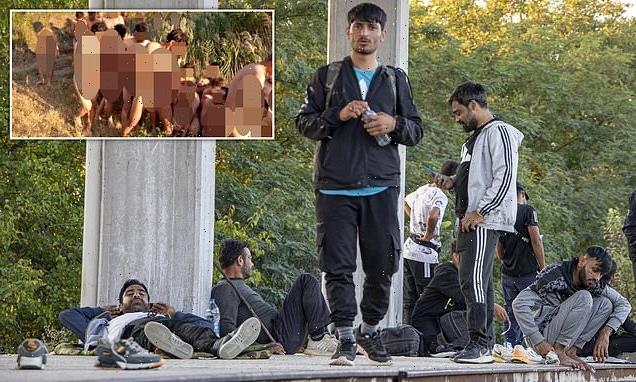 Ninety-two migrants were found almost naked and bruised after allegedly being forced across the Evros river from Turkey into Greece, Athens said Sunday, a charge fiercely denied by Ankara.

EU border agency Frontex confirmed the arrival of the group in circumstances which the Greek ministry for civil protection said sent out an ‘inhuman image.’

‘The Frontex officers reported that the migrants were found almost naked and some of them with visible injuries,’ said Paulina Bakula, spokeswoman for the organisation.

The UN refugee agency, UNHCR, said in a tweet that it was ‘deeply distressed by the shocking reports and images of 92 people, who were reported to have been found at the Greek-Turkish land border, stripped of their clothes’.

She added the organisation had informed the agency’s fundamental rights officer of a potential rights violation.

Meanwhile, Greek minister for civil protection Takis Theodorikakos accused Turkey of ‘instrumentalising illegal immigration’ in the latest of a series of recriminations on migration between the neighbours. 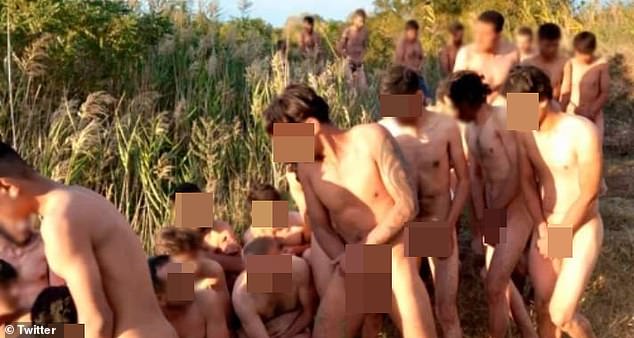 ‘The Frontex officers reported that the migrants were found almost naked and some of them with visible injuries,’ said a border agency spokeswoman 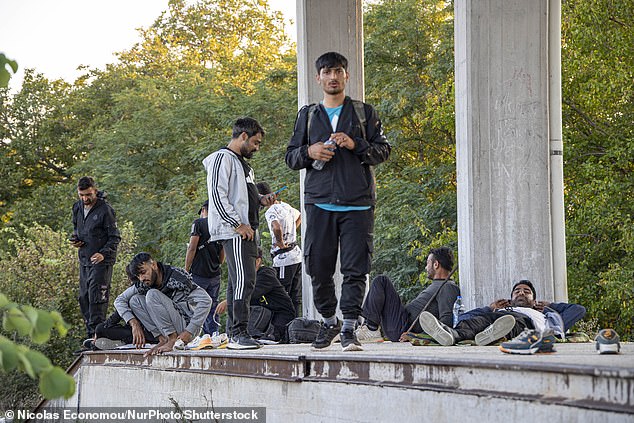 Speaking on Skai television, Theodorikakos said many of the migrants told Frontex that ‘three Turkish army vehicles had transferred them’ to the river which acts as a natural border.

In a series of scathing comments on Twitter, the Turkish presidency denied any responsibility for the migrants and blamed Greece for the ‘inhuman’ situation.

‘We urge Greece to abandon its harsh treatment of refugees as soon as possible, to cease its baseless and false charges against Turkey,’ wrote President Recep Tayyip Erdogan’s top press aide Fahrettin Altun.

‘With these futile and ridiculous efforts, Greece has shown once again to the entire world that it does not respect the dignity of refugees by posting these oppressed people’s pictures it has deported after extorting their personal possessions,’ he added in tweets delivered in Turkish, Greek and English.

Turkey’s Deputy Interior Minister Ismail Catakli called on Greece to stop what in a tweet he termed its ‘manipulations and dishonesty.’

Greek minister for migration and asylum, Notis Mitarachi, had Saturday described the incident as a ‘shame on civilisation.’ 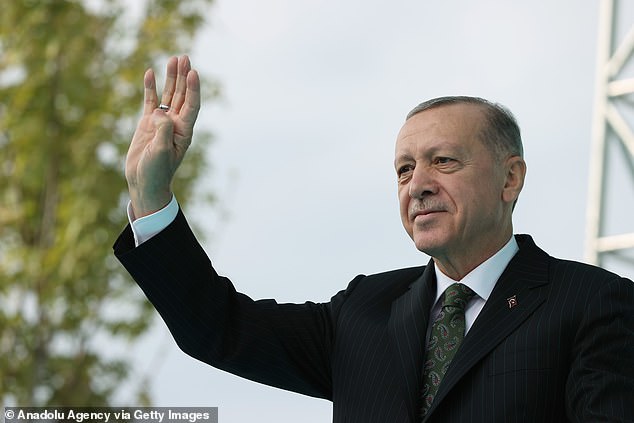 In a series of scathing comments on Twitter, the Turkish presidency denied any responsibility for the migrants and blamed Greece for the ‘inhuman’ situation (Turkish president Recep Tayyip Erdogan is pictured)

Athens regularly faces and denies accusations from NGOs and the media that it has on many occasions sought to push migrants back to Turkey illegally, sometimes using force.

Last month, Erdogan used a UN address to accuse Greece of transforming the Aegean Sea into a ‘cemetery’ with ‘oppressive policies’ on immigration.

Berlin-based rights group Mare Liberum tweeted: ‘In the Evros region, systematic human rights crimes against people on the move are committed on a daily basis by Turkey as well as Greece’.

‘When these crimes are publicly discussed by members of the government, it only serves to add fuel to the fire of the long conflict between Turkey and Greece, not to protect people on the move,’ the group added.