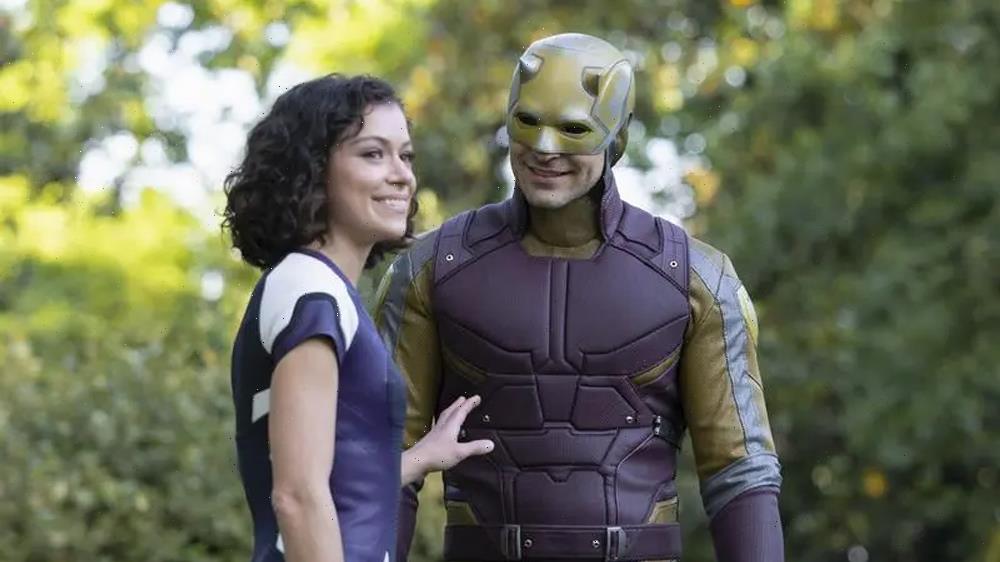 The Marvel Cinematic Universe is in its Daredevil era.

It’s been a long awaited return for Cox, who first donned the Daredevil suit in Netflix’s inaugural Marvel series back in 2015, but was relegated to staying in the streamer’s brief flirtation with the Marvel-verse. It was a different time back then: Before Disney+, Netflix had “Daredevil,” “Jessica Jones,” “Luke Cage,” “Iron Fist” and the “Defenders” team-up series, but the characters only ever mentioned the big-time MCU players by name and never crossed over with them. Cox’s “Daredevil” was the most popular, running for three seasons before getting canceled in 2018. That is, until Disney brought him back for that short cameo in “Spider-Man: No Way Home” as Peter Parker’s lawyer.

Now, Cox appeared in the final two episodes of “She-Hulk: Attorney at Law,” which concluded on Oct. 13. He has his own follow-up series “Daredevil: Born Again” in 2024, plus a voice role in the animated “Spider-Man: Freshman Year” show. There are also rumors that he’ll show up in next year’s Disney+ series “Echo,” alongside Vincent D’Onofrio’s menacing “Daredevil” villain Kingpin, who also returned to the MCU last year in “Hawkeye.”

Not only is Daredevil back, but he’s got a brand new, yellow-and-red suit, inspired by the classic Marvel comics. He also might have a new love interest in Tatiana Maslany’s lawyer Jennifer Walter, aka She-Hulk. The two teamed up together to take down the obnoxiously lame villain Leap-Frog, and then had a more intimate team-up back in Jen’s apartment.

With Variety, Cox discusses his MCU return, suiting up in his new costume, his future with She-Hulk and what fans can expect from “Daredevil: Born Again.”

How did it feel to see “She-Hulk” viewers clamoring for Daredevil in every episode?

I’m not on social media, so I didn’t know any of that stuff. It wasn’t until a friend of mine the other day told me. There was an Easter egg? And everyone thought he was going to appear earlier than he did? And people were really excited, then it didn’t happen? Or something like that? I just know that. When Episode 8 came out, my 16-year-old nephew was staying at my house. He was on Twitter and Instagram, handed me the phone and showed me these comments and tweets that were coming in. I don’t like to get too deep into that because it’s a bit of a rabbit hole, but I did for a minute see a lot of excitement, a lot of love and funny emojis.

What did you think of the new yellow Daredevil suit?

When we were getting ready to shoot it, they took me out to Los Angeles to have a suit fitting, which I just assumed was to make sure that the old one still fit. I showed up at this warehouse. Hanging in a bag on a railing was my suit that I recognized as the one I’d worn in the show before. While I was waiting, there was one computer-generated drawing on the wall of some other superhero. I was looking at it, like “Oh, that guy’s cool.” And then I looked more carefully, and I was like, “Wait, that guy’s me.” It was a rendering of this gold and red suit and I was like, “Oh my God, that is so cool.” It’s such a great homage to some of the earlier Daredevil runs. I got goosebumps thinking about this moment, putting it on and the fans’ reaction.

Where do you think Matt and Jen’s relationship will go next?

I don’t like to speculate; I’ve learned over the years that when you get excited in an interview and you talk about things that could happen, the problem is that they then litter the internet. People talk about it, and then if it is a good idea, you end up ruining it for the fans. The only thing I’ll say is that I had such a blast working with Tatiana. She’s such an extraordinary actor, and the characters’ chemistry was really strong. There’s more fun to be had there, so whether we can go on that journey a little longer and our lives can collide again, I don’t know but I’d certainly be in support of that, if it can happen.

What was the biggest difference between the Netflix and Disney+ versions of Daredevil?

We’ve never really had an opportunity to explore the levity that there is in the comics. Obviously Daredevil at his core works better as a show that’s geared toward a more mature audience, but even life that is very serious has comedic moments in it. I felt like this was a really good opportunity to put Daredevil in a world where tonally there is a lot more fun to be had, it’s a lot more lighthearted, tongue in cheek. It was a really great experiment, both for me and for the character, to see how we fit into that world. It was just a question of freeing up a little bit and allowing myself as an actor to go toe-to-toe with Tatiana and make sure that Daredevil didn’t become the butt of the joke because he’s overly serious, to make sure he had his charisma, charm and wits. Whether that will play into what we do next year with “Daredevil: Born Again,” I don’t know, but it was certainly a fun experiment.

What came first, your “She-Hulk” role or “Daredevil: Born Again”?

I found out about “Daredevil: Born Again” maybe a few days before they announced it at Comic-Con. I knew there was a project in the works, but I didn’t know what it was. When I first heard from Kevin [Feige] in June 2020, the two things that he mentioned were “Spider-Man” and “She-Hulk.” He said after that we’ll have to see what comes next.

And “Daredevil: Born Again” is 18 episodes. How is that going to be different from what we’ve seen before?

It’s mad. I have no idea; your guess is as good as mine. Just in terms of shooting, physically it’s going to be a real slog and that will be a challenge in and of itself, which I’m excited about. It’s such a bold move. The character being a lawyer lends quite well to that. There’s a lot of story you can tell, just outside of the superhero element.

Are we getting Daredevil back sooner in “Echo”?

I don’t know if I can elaborate any further on that.

Are there any cast members in particular from Netflix’s “Daredevil” you want to share the screen with again?

It was an absolute delight to work with everyone on all of those shows at Netflix. They were the beating heart of all of those shows. I would be honored and thrilled to work with any of them again. I would hate to single anyone out and I would hate to speculate because I just don’t know what the plan is going forward. That’s way above my pay grade. There are so many great stories to tell. There are stories to tell again. That wouldn’t be inconsistent with what they do in the comic book universe. Often a new writer and artist will take over a book and they will start from beginning. So maybe we’ll be doing that, but I genuinely don’t know. I’m just thrilled that I’ve been invited to the party.

This interview has been edited and condensed.