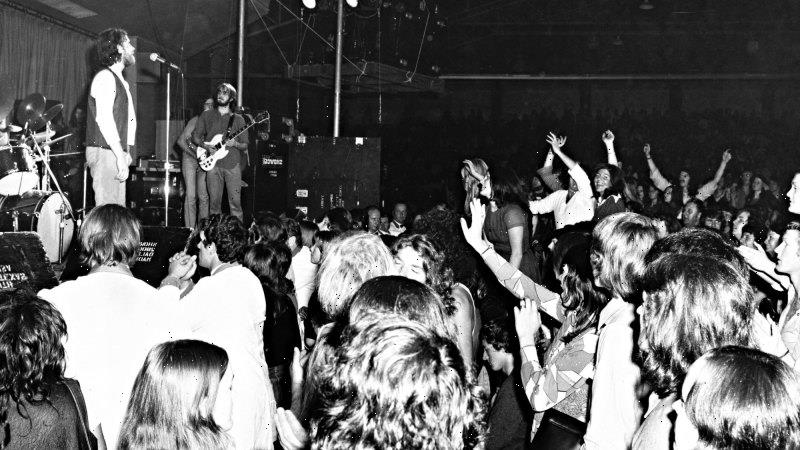 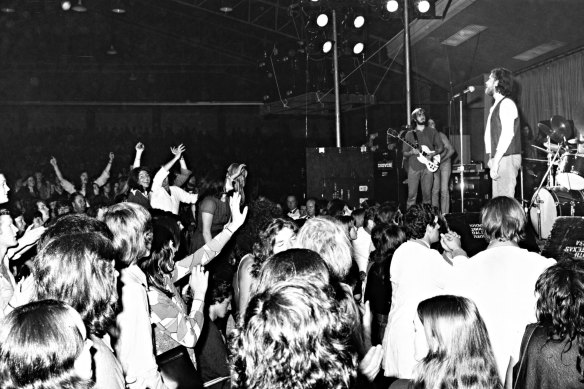 About 7000 fans at Festival Hall went wild as Cocker talked of the drug conviction that triggered off the Government’s “get out” order.

Cocker, clutching a wine bottle, told fans: “They can touch our bodies, but they can’t touch our souls.”

Fans responded with wild shouts and calls of “We love you”.

Moments before, a swaying Cocker had to be helped on to the stage after he fell climbing the stairs from the dressing room.

At a press conference yesterday Cocker’s manager, Nigel Thomas, said the group would appeal against the Adelaide drug conviction.

But, Mr. Thomas said, there was no appeal against the deportation order. 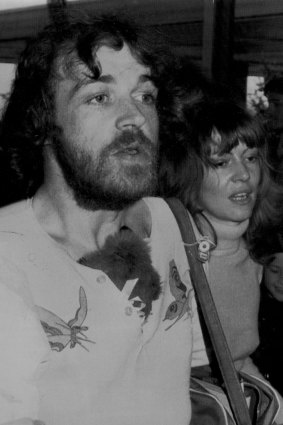 Cocker and five other members of the group were each fined $300 for possession of Indian hemp.

If the seven failed to leave the country on time they would be arrested and deported as soon as practicable.

Dr Forbes said: “I have done this because this Government takes a very serious view of such offences — especially when committed by people who are in a position to have profound influence on many young Australians.”

A spokesman for the Harry M. Miller organisation said none of Cocker’s concerts had been cancelled.

The spokesman thought money would be refunded if any of the concerts did not go on as planned.

English pop star Joe Cocker flew out of Melbourne on Saturday, ending his sensation-filled tour on a comparatively quiet note.

At Tullamarine Airport, Cocker was first reluctant to talk, but warmed enough to say he was angry about the consequences of the drug convictions and bewildered by the authorities’ handling of the tour.

“It was just one bewildering chain of events,” he said.

Questioned about the drug raid, he replied: “Well, I guess we must have been squealed on. But, really, everything was fine in Adelaide.

“We paid our fine and expected that to be the end of it. But from then on it was just one strange sequence of events.”

Cocker said he might drop the appeal against the drug charges. “We thought we were appealing against the deportation but apparently that can’t be done,” he said.

“We don’t want to come back just for the appeal.”

Pressed for a definite reaction to the events of the tour, Cocker said he was angry because the drug offences would bar him from entering the United States.

“We don’t know what the situation is at present, but we to be allowed in for a few weeks just to do some recording.”

Asked for his version of his opening concert in Melbourne, Cocker said he was angry and upset at the time following the incident in Adelaide.

“I don’t do it every time… it was a couple of bottles of your cream sherry,” he said.

In response to a question, Cocker said he felt he had some responsibility to the teenagers in his audience.

Cocker warded off a few more questions and then, holding his friend Eileen Webster by the hand and clutching a toy platypus, he walked with his entourage to the embarkation area.

Young girls ran to kiss their idol, not-so-young fans shouted their support and a man in his twenties managed to have an album autographed.

It was all over in about half an hour and one of the most sensational pop tours of Australia had ended.