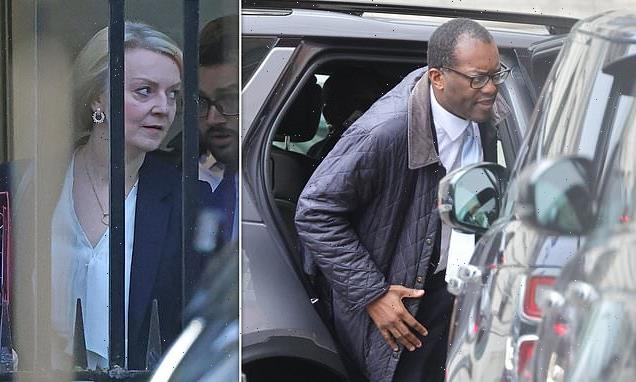 Kwasi Kwarteng has left Number 11 for the last time after being sacked as Chancellor of the Exchequer.

He cut short a trip to the US to return to the UK today as fears build over the economy following his mini-budget last month.

Mr Kwarteng said in his resignation letter: ‘Following the status quo was simply not an option.’

He also told Liz Truss: ‘I believe your vision is the right one.’ 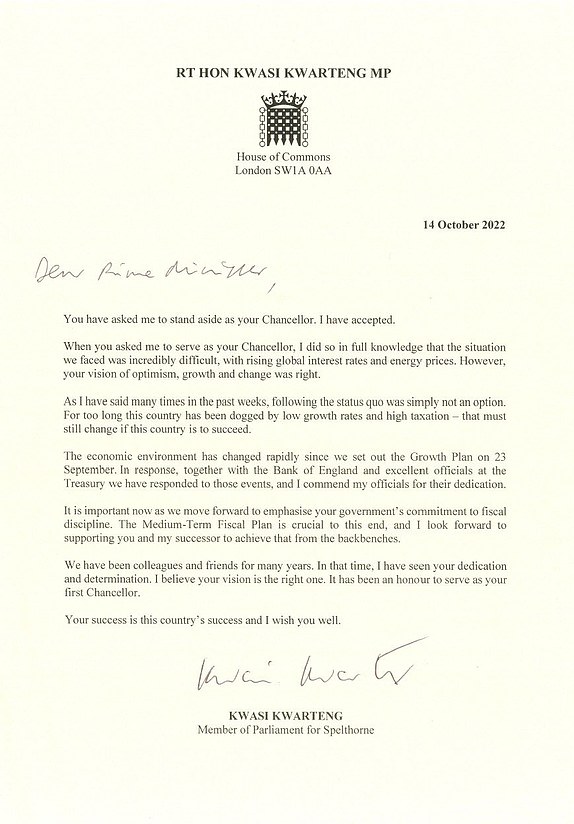 Kwasi Kwarteng has been sacked by Liz Truss today as the Prime Minister made him carry the can for the disastrous political and economic fallout from their tax-cutting mini-Budget.

The Chancellor was given his marching orders after being hauled back to Downing Street early from a US summit as the PM faces rebellion on the backbenches over her economic plans.

The PM herself is due to front a 2pm press conference in which she will abandon a major strand of her radical economic reforms just weeks after taking power.

She is widely tipped to bow to political and economic pressure to increase corporation tax, having previously cancelled plans to increase it by 6p in the pound.