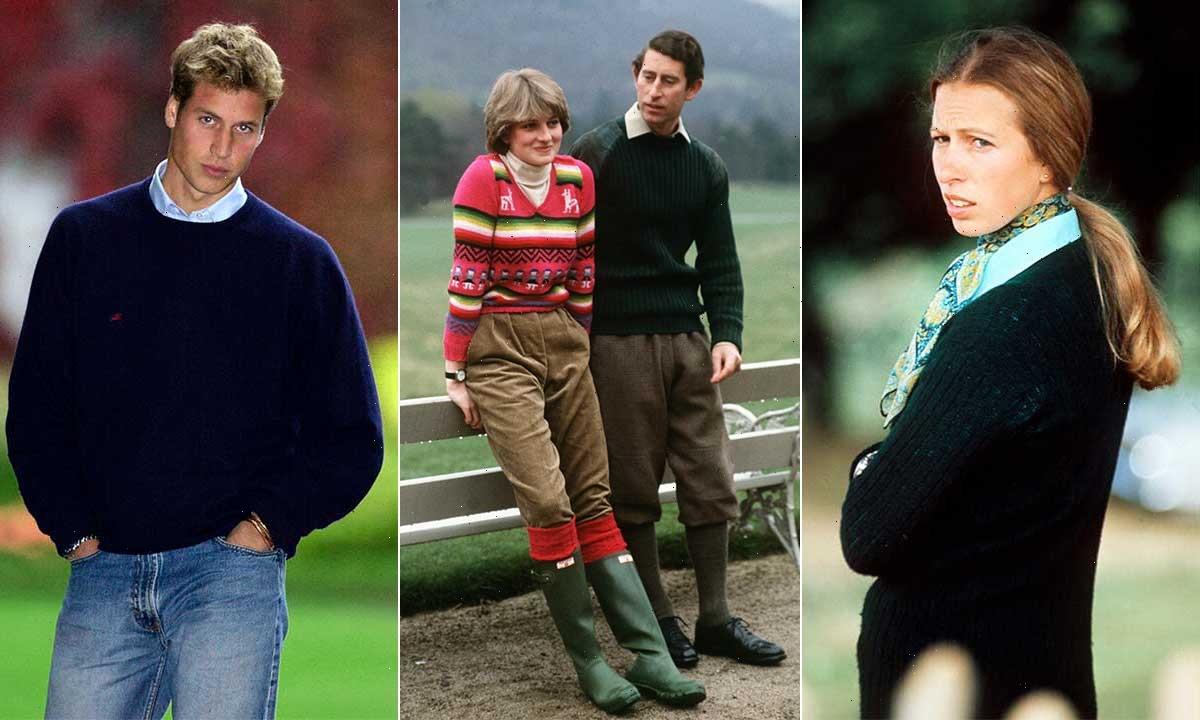 Autumn is upon us which means one thing – cosy clothes. Just like the rest of us, the royal family are big fans of a snuggly sweat, oversized jumper and a woolly pullover. If you’re in need of some seasonal dressing inspiration, look no further as these royals and their jumper looks have got you covered.

From Princess Diana’s patterned knit pieces to the Princess of Wales and the Duchess of Sussex’s chic turtlenecks, keep scrolling to see these wholesome royals sheathed in woolly warmth… 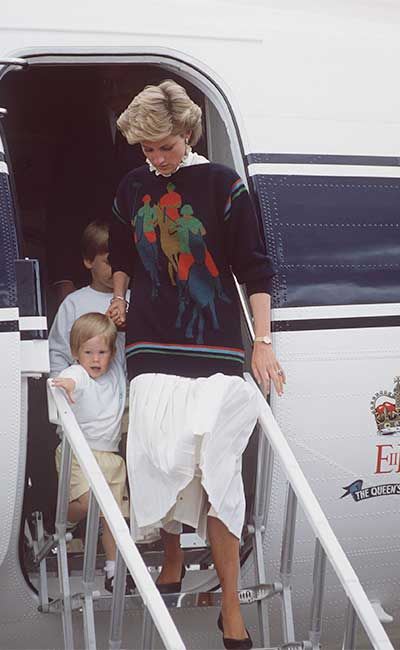 When it comes to the humble woolly jumper, Princess Diana’s styling reigns supreme. Here, the late royal is pictured stepping off a plane in Scotland with a young William and Harry while rocking an equestrian-themed knit. 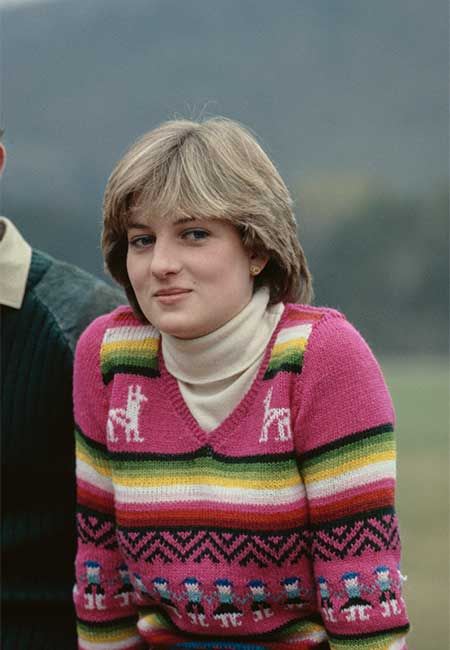 Princess Diana visited Craigowan Lodge in the grounds of Balmoral, Scotland, with her fiancé, then known as Prince Charles. For the countryside trip, she wore a colourful jumper boasting rose pink, sunshine yellow, fern green, lime green and cream hues. 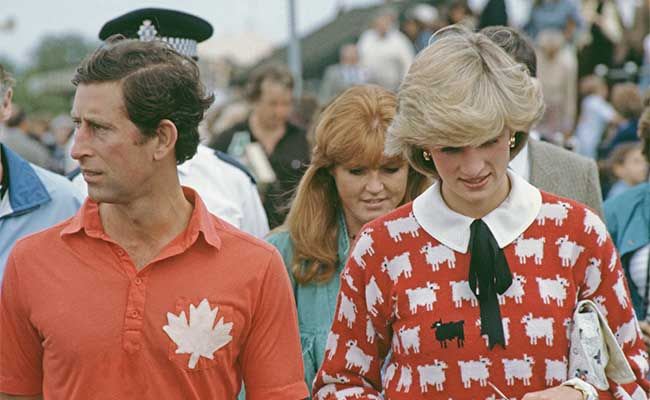 Perhaps one of her most famous jumper ensembles, the former Princess of Wales turned heads in this cherry red throw-on boasting white sheep print detailing. She wore the striking garment to attend the polo alongside King Charles III in 1983. 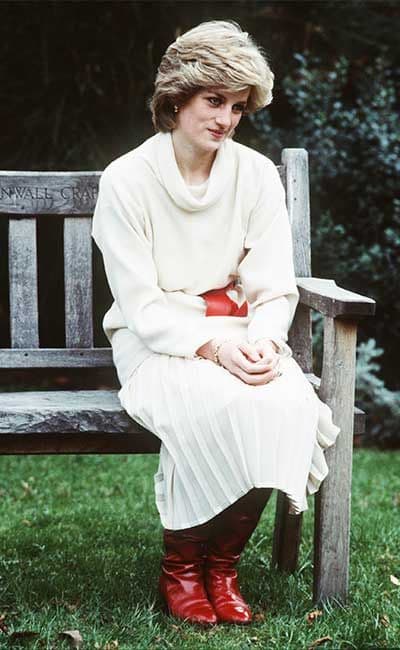 While she loved a print and a pattern, Princess Diana never failed to look ethereal in white. She slipped on this timeless cream-coloured cowl-neck during a photocall with her husband King Charles and their 18-month-old son, Prince William, in the garden of their home at Kensington Palace in 1983. 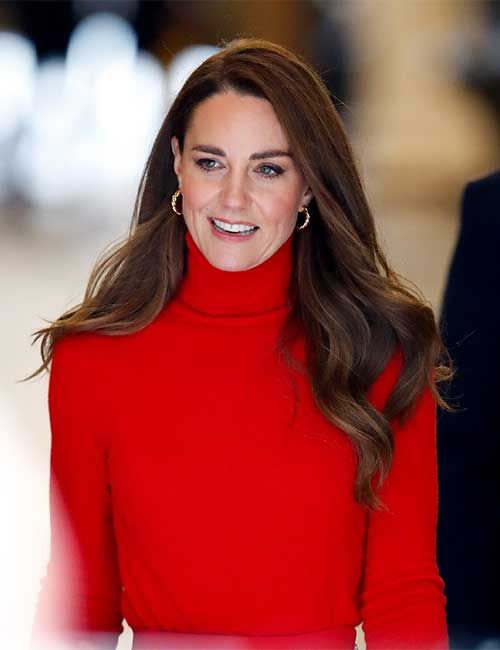 Princess Kate is also partial to a cosy knit concoction and sported this ravishing lipstick red piece while attending an event hosted by the Forward Trust to launch the charity’s ‘Taking Action on Addiction’ campaign at BAFTA in 2021.

Swoon alert! Prince William broke hearts with this laid-back look. Here, he is pictured arriving for his first day at St Andrews University in Scotland. 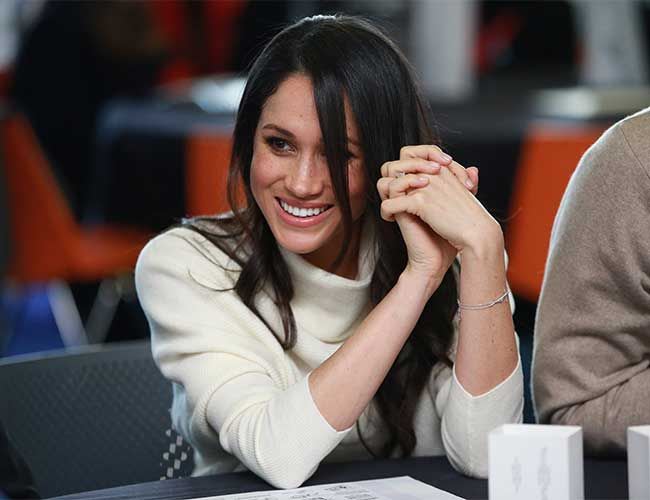 Duchess Meghan looked so serene in a cream AllSaints jumper as she arrived in Birmingham alongside Prince Harry. She paired the sumptuous knit with a sleek navy coat and tailored trousers.

LOOK: 8 times the Queen was a complete style icon 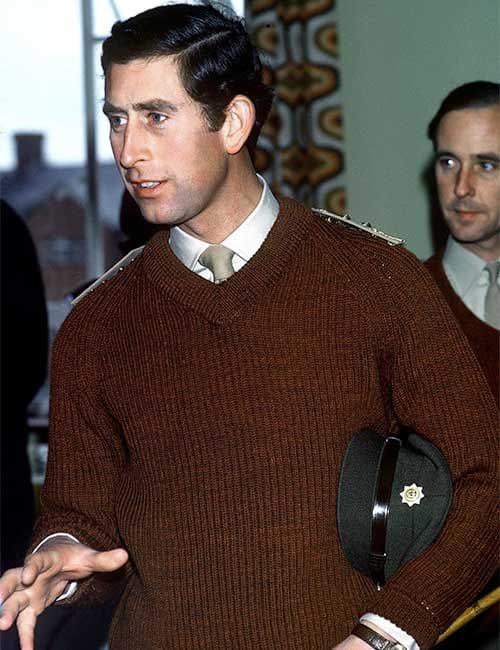 King Charles III looked so smart in his army uniform featuring this chocolate brown knit. This image snapped in 1979 is definitely to be added to the monarch’s best-dressed moments. 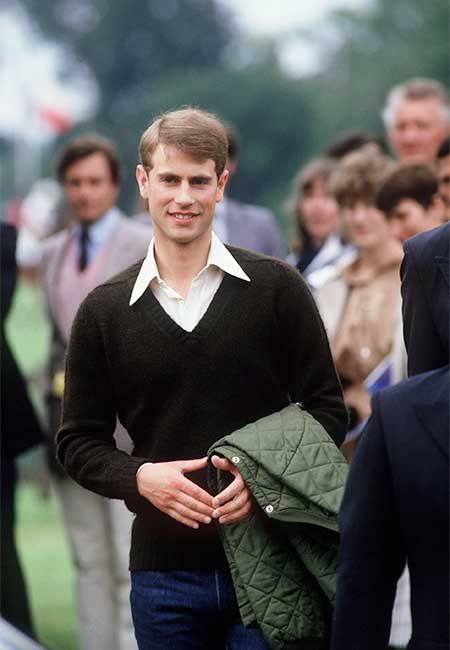 Prince Edward enjoyed a day in the polo in 1984 while taking after his big brother the king in a coffee-coloured jumper. Showcasing a V-neckline, the item boosted Prince Edward’s retro-style game to a whole new level. 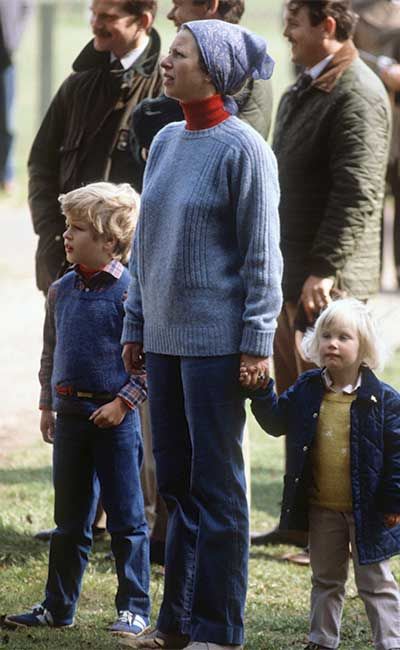 Princess Anne looked uber-comfortable in this oversized pale blue longline jumper. She joined her children Peter and Zara at the Windsor Horse Show in May 1985 in Windsor, making sure her youngsters were also braced for the cold adorable wool sweater vests. 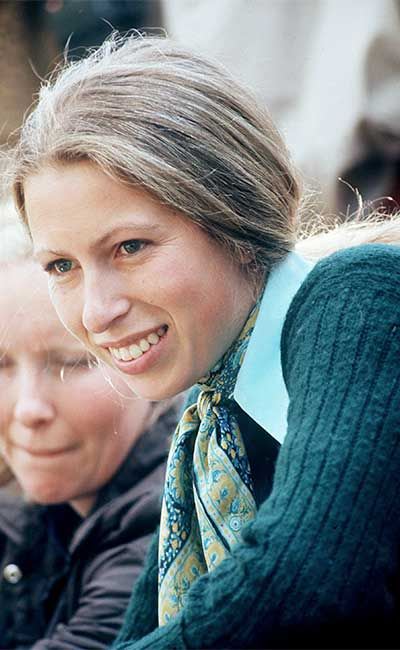 Princess Anne opted for a forest green cable knit in this radiant photograph from 1975. Looking fabulous with a low ponytail and neck scarf, the royal beamed as she watched live horse trials. 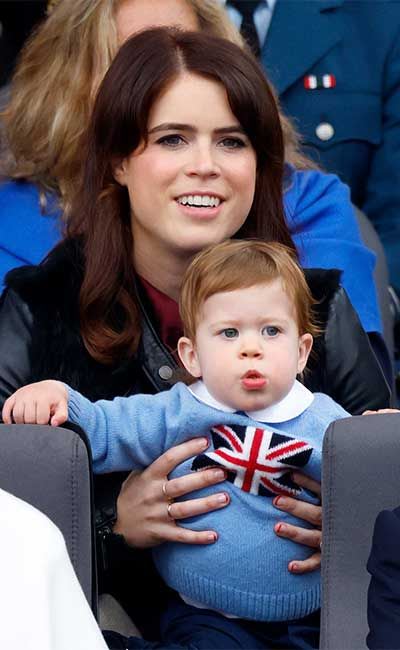 DISCOVER: The Queen’s style staples will go down in fashion history