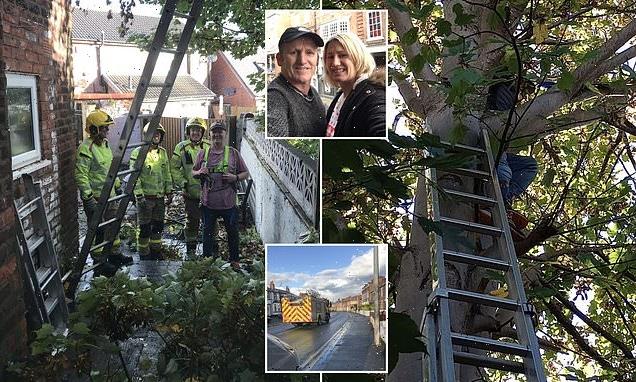 What a cat-astrophe! Roofer known as the local ‘cat rescuer’ has to be saved from a 30ft tree by firefighters after his ladder was blown away by a gust of wind while he was trimming branches

A father known as the local ‘cat rescuer’ felt like an ‘idiot’ when he was left clinging to a 30ft high tree and had to be rescued by firefighters – when a freak storm blew his ladder over.

John Jennings from Chester said he known in the community for saving cats from trees, but was left embarrassed when he had to be rescued himself.

The roofer was trimming branches hanging above a roof he was retiling last week when strong winds suddenly left him stranded as his ladder fell away.

The dad-of-four was left clinging to the tree 30ft in the air while his colleague darted indoors.

John, who is in his late 50s, frantically called his son John Jr, 34, for help while stuck in the tree, but he was too far away to help him down.

He says he feared the tree would fall with him on it so he quickly dialled 999 and three firefighters arrived to rescue him. 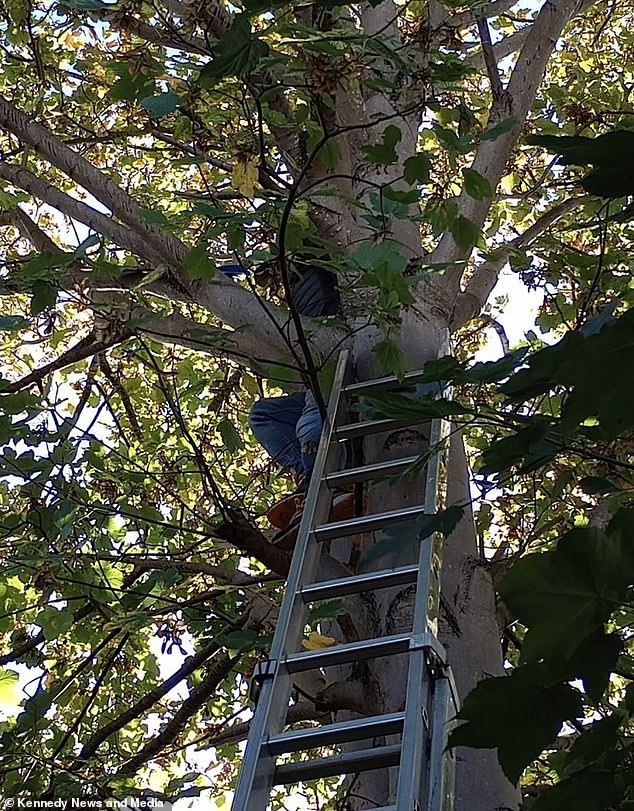 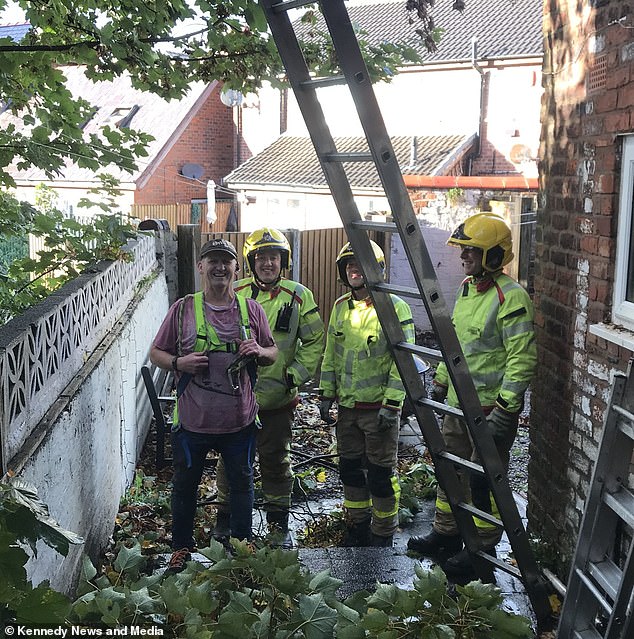 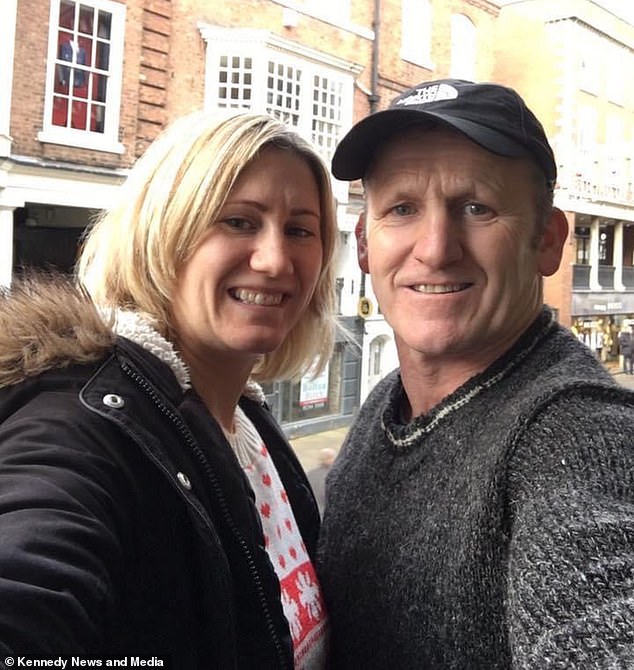 The dad-of-four said he is known in the community for regularly rescuing cats, adding: ‘so it’s ironic that it’s me being rescued, it’s about time’ 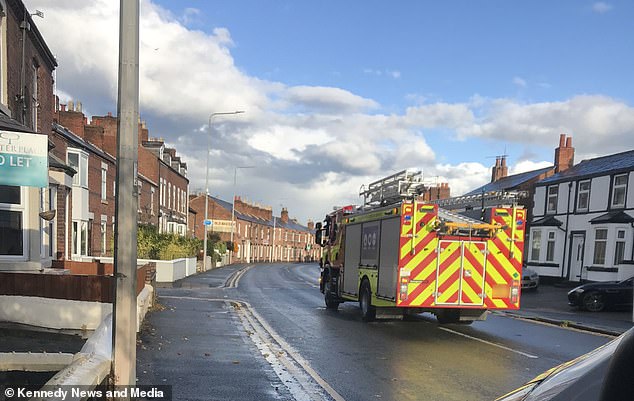 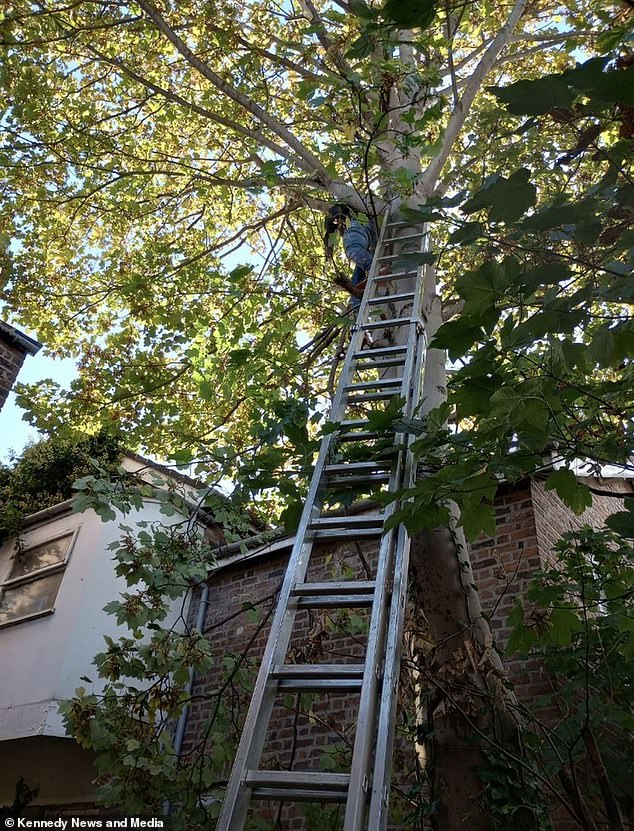 John said: ‘Nothing much scares me but I panicked. I wouldn’t say I was scared, I thought the tree is coming down with me on it and I’ll end up with it on top of me so maybe I was scared of getting squashed.

‘The tree is in next door’s garden which is 15ft lower than the garden I was in so I was about 30ft high. I could have died if I’d landed on the concrete.

‘It’s never happened to me before in 30 years of being a roofer.

‘I go and rescue cats. People will post in the local community group that their cats are stuck on a roof or in a tree and I go and get them.

‘I’ve rescued one cat out of a tree and three cats from a roof. I’ve rescued the same cat from the same roof twice so it’s ironic that it’s me being rescued, it’s about time.

‘I was doing the roof and the neighbour’s trees were hanging over onto the roof. It was sunny, I put my ladder up and got onto the tree.

‘The trees were really in my way. I didn’t have a harness on, I was cutting any branches I could reach and thought I was done. I came down and my mate pointed out two more. 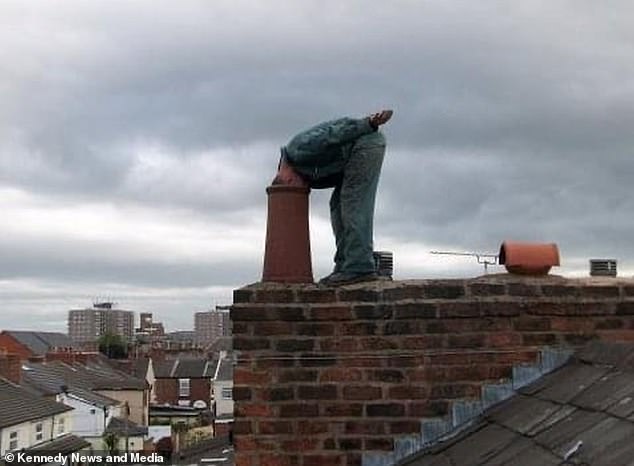 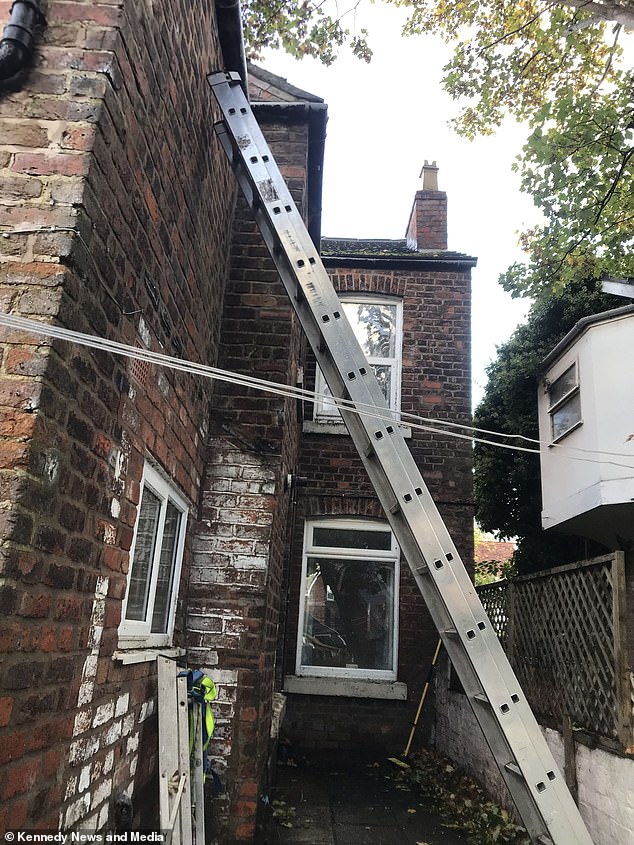 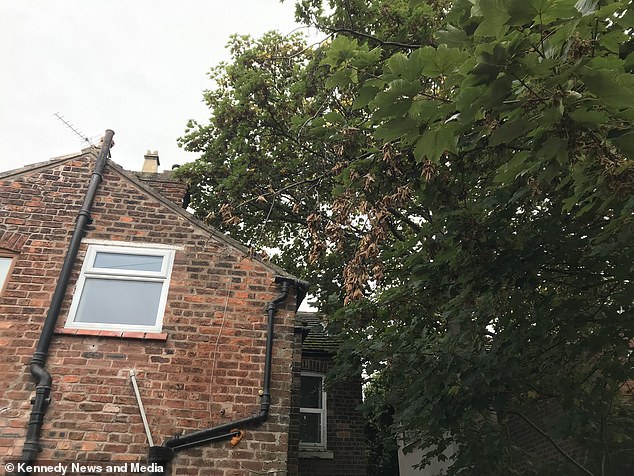 John was taken completely by surprise by the storm, saying: ‘I was soaked to the skin and cold. I’ve never experienced weather like it’

‘I thought what I’d done would do but because he said “what about them two?” I thought the owner of the house would notice. It’s basically my mate’s fault.

‘I got onto the branch to reach up. I felt some big drops of rain and all of a sudden it went from sunny and calm, a few big spots of rain and a big gust of wind and hailstones.

‘I was thinking “I need to hold on”. I had to get further into the tree. I wasn’t holding the ladder because it was calm.

John said: ‘Within three or four minutes I could hear them. They had lights and sirens on and everything.

‘As soon as the fire brigade got there, the sun came out and the wind stopped.

‘They got me down. I said I felt like an idiot and they said I’d done the right thing. One said he heard the wind in the fire station and said he thought they’d get calls.

Station Manager of Chester Fire Station Andy Gray said: ‘We received a 999 alert that a man had become stuck in a tree because his ladder had fallen down, blown over by the wind.

‘Our crew was able to help him down from the tree using a ladder. I would advise anyone who is working at height to wear an appropriate harness, tied off to the tree or other structure and, where appropriate, to tie the top of the ladder to where you are working.’