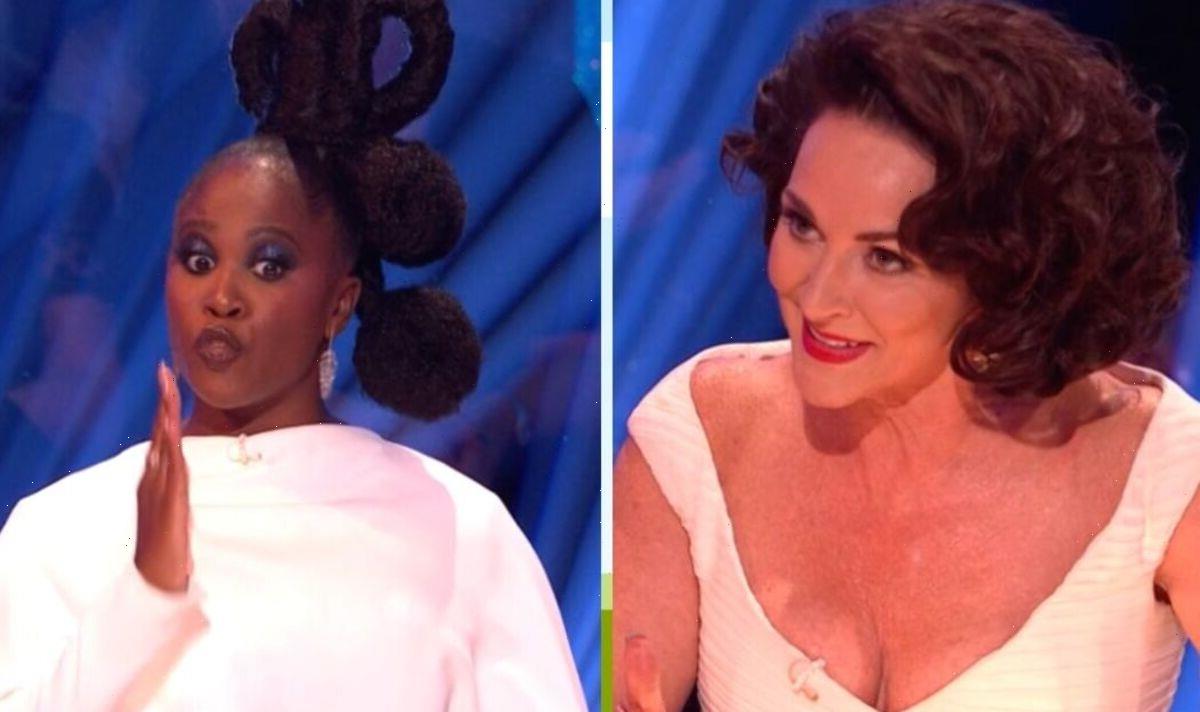 Shirley Ballas came under fire from Strictly Come Dancing fans following her critique about some of the celebrities’ performances on Saturday night, particularly Matt Goss. The judge felt the singer was too “flat-footed” and she disagreed with her fellow judges’ comments. However, according to body language expert Darren Stanton, there is a frosty atmosphere among the judging panel.

Speaking to Express.co.uk on behalf of Slingo, Darren noticed that Shirley had “changed her judging style” in the latest series.

He said: “She is always fairly upbeat and positive, but we saw her giving some really critical responses and feedback to certain contestants, especially Matt Goss and Ellie Taylor.

“When she delivered her feedback to Matt, she came down on him heavily, prompting Matt to be taken aback.

“His eyes were wide and his face flashed an expression of disbelief before conveying disappointment.”

Turning his attention to how Anton du Beke and Motsi Mabuse reacted to Shirley’s comments, the expert continued: “You’ll notice that the other judges were critical of Shirley.

“Anton made a comment remarking that he felt like he was being criticised, with Shirley raising her hand to dismiss her co-judge.

“When Motsi made similar comments about the nature of Shirley’s feedback, Shirley never turned to look at her or move her body which subconsciously says, ‘I’m not going to acknowledge what you think’.

“This is unusual for Shirley, who isn’t usually so hard-faced on the panel.”

“It’s impossible to tell what caused this shift in emotion and changes in her manner,” Darren added.

Analysing her body language further, Darren noticed: “She has also begun to adopt a power position when she stands.

“Shirley will position herself with a wide stance and place her hands on her hips – a tell-tale gesture to portray that you are the most important person in the room.

“While she shows no signs of feeling uncomfortable or uneasy on the judging panel, despite the criticism she faced from her fellow judges and subsequently the viewers at home, it’ll be interesting to see whether she continues to exhibit the same behaviours during the next live show or adopts a softer approach.”

“There’s a huge improvement,” Anton praised before adding: “The first week you came out and did the Quickstep which I thought it was not too bad.

“It was really loose and you were gapping all over the place, and this week, you didn’t gap at all.

“You had a lovely body line. It’s still a little bit loose, you tend to get a little something in the arms going.

“I just need that to be a bit firmer, a little bit stronger, and I know Nadiya would like that as well.

“But your footwork was great. You did the natural turn, and the reverse turn was terrific as well.

“Your pivots were good. I have to say that I recognise a ballroom boy struggling to get out.”

While Motsi praised Matt for making those “small improvements”, she added: “What I really loved is that I did see you let go.

“I did feel you put yourself in the dance and your heart on that dance floor and that counts for something.”

However, Shirley completely disagreed as she told Matt: “Small improvement is key here. There was a few little flashes of some footwork, but I don’t agree with you, Anton.

“I thought it was flat-footed and I didn’t get the correct footwork I needed to see.”

Strictly Come Dancing airs on Saturday at 6.30pm on BBC One.