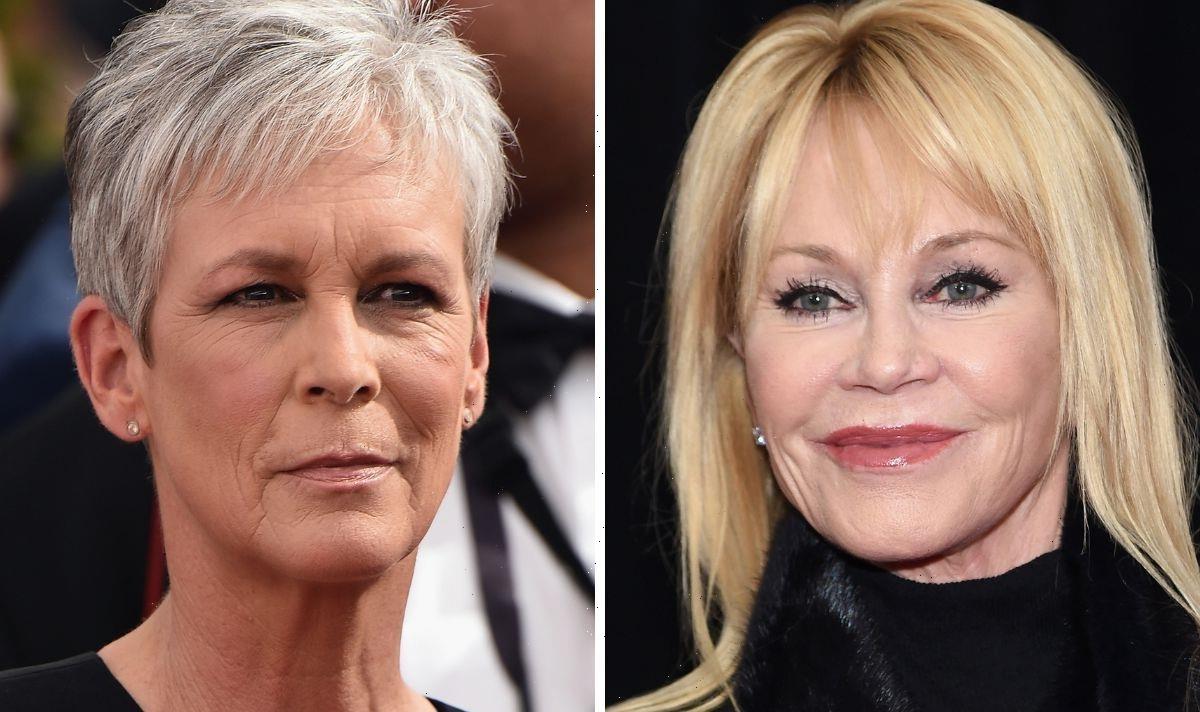 Seven-time Golden Globe award nominee marked her illustrious career on screen by having her hands immortalised in cement outside the TCL Chinese Theatre on Hollywood Boulevard. The ceremony, which saw Curtis joined by fellow actors Melanie Griffith and Arnold Schwarzenegger, also helped open the screening of her new film Halloween Ends, which sees the actress reprise her debut film role of Laurie Strode in the Halloween franchise. In a speech after the ceremony, Curtis described herself as a “dot-connector” and a “weapon of mass promotion”, adding: “Life is good. I have friends. I feel important in their lives. I’m connecting dots personally and professionally and philanthropically, starting to speak, starting to say what I think.

Curtis’ career has seen her earn an incredible collection of awards and nominations since that first role in 1978’s Halloween. Among them BAFTA award nominations, including one for Best Supporting Actress for her role in A Fish Called Wanda, countless Golden Globes and Primetime Emmys.

Curtis comes from a Hollywood family, and has also built-up a friendship group exclusively frequented by greats of the acting world, including Griffith.

The pair’s close relationship was highlighted during a joint interview with Interview Magazine last year, which saw the actresses discuss a series of topics including that of their impending deaths.

Curtis, now 63, was asked by Griffith about the subject, who described the duo as “being through a lot together and separately” throughout their friendship. The actress continued: “I have all these definitions of icon that I looked up, but I think one you would be happy with is, ‘An icon leaves a mark in history.’ Which is what you have done, and continue to do.”

Curtis replied: “I appreciate that. I have a new motto: ‘To die alive.’ I want to die in an alive mental state. Getting older makes you more alive.

“More vitality, more interest, more intelligence, more grace, more expansion. I’ve been thinking about that because life is hard, and there are a lot of people who die in a really deadened state.”

When Griffith noted that “people get very complacent” around death and themselves, Curtis added: “As you know, it’s a process. And for me, it was a big one. From when I was little, I didn’t want to be me.

“I didn’t even want to be Jamie. When I was in seventh grade, I asked my parents if I could change my name to Janie, because Jamie was a name that nobody had, and I struggled with that individuality. Of course, now I’m happy I have a name that’s mine.

“But Chris [Christopher Guest, Curtis’s husband] uses it against me in moments of intimacy to make me laugh, which is not when you want to be laughing. He will whisper in my ear, “I love you Janie.”

The family Curtis was alluding to included her Hollywood heavyweight parents, Tony Curtis, the star of films such as Some Like It Hot, and his first of six wives Janet Leigh.

Though defiant as a child in wanting to change her name, Curtis spoke with warmth when describing her relationship with her father, including an impassioned tribute to him following his death in 2010.

She said: “My father leaves behind a legacy of great performances in movies and in his paintings and assemblages.

“He leaves behind children and their families who loved him and respected him and a wife and in-laws who were devoted to him. He also leaves behind fans all over the world. He will be greatly missed.”

Curtis, incredibly, shares links with some of Britain’s most prominent and well-established politicians and figures in their fields, as her American-British husband Christopher Guest is also known by the title of the 5th Baron Haden-Guest.

This in turn allows Curtis to assume the title of baroness, though she doesn’t actually use the title.