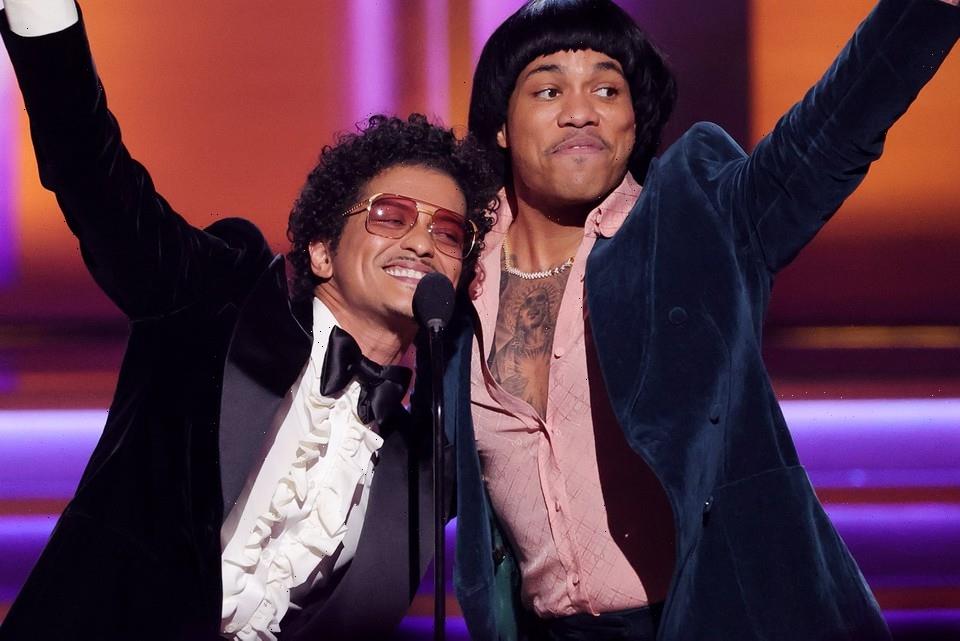 Bruno Mars on Thursday announced that Silk Sonic — the R&B duo comprised of himself and Anderson .Paak — will not submit their album, An Evening With Silk Sonic, for 2023 Grammy Award consideration, according to Rolling Stone.

“We truly put our all on this record, but Silk Sonic would like to gracefully, humbly and most importantly, sexually, bow out of submitting our album this year,” Mars told the outlet. “We hope we can celebrate with everyone on a great year of music and partake in the party. Thank you for letting Silk Sonic thrive.”

At last year’s ceremony, Silk Sonic took home four Grammys for the album’s lead track, “Leave the Door Open,” which was released in April of last year. However, the album did not arrive until November of 2021, meaning it would have been eligible for the 2023 Grammy Awards.

Mars added, “We’d be crazy to ask for anything more. Andy and I, and everyone that worked on this project, won the moment the world responded to ‘Leave The Door Open.’ Everything else was just icing on the cake. We thank the Grammys for allowing us to perform on their platform — not once but twice — and awarding us at last year’s ceremony.”

Following Mars’ announcement, Recording Academy CEO Harvey Mason Jr. chimed in on the news: “Silk Sonic has been such a fun highlight of our last couple of shows and they deservedly had an amazing night at the 64th Grammys earlier this year. We appreciate their decision not to submit this year but look forward to celebrating an amazing year in music together.”

The official Grammy nominations will be announced on Tuesday, November 15. The 2023 awards ceremony will take place at Los Angeles’ Crypto.com Arena on February 5.