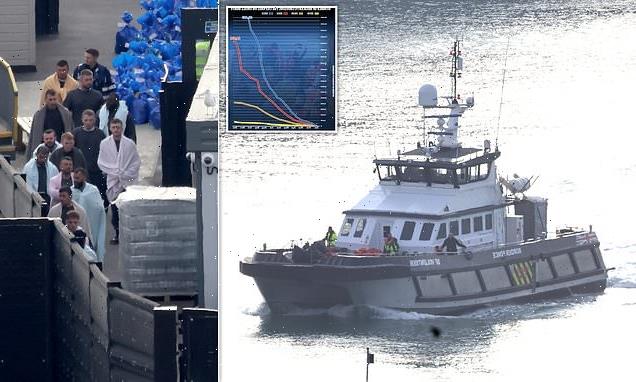 Nearly 400 migrants crossed the English Channel yesterday bringing the total this year past 35,600

A further 374 migrants crossed the English Channel by small boat on Tuesday, according to official figures.

Seven inflatable dinghies and other small crafts were intercepted by officials yesterday as people made the perilous journey across the 21-mile Dover Straits.

This takes the total number of migrants detected making Channel crossings in October so far to 2,606 people, Ministry of Defence (MoD) data shows.

Tuesday’s arrivals bring the total figure for the year so far to 35,607 people in 880 boats – an average of 40 migrants per vessel. 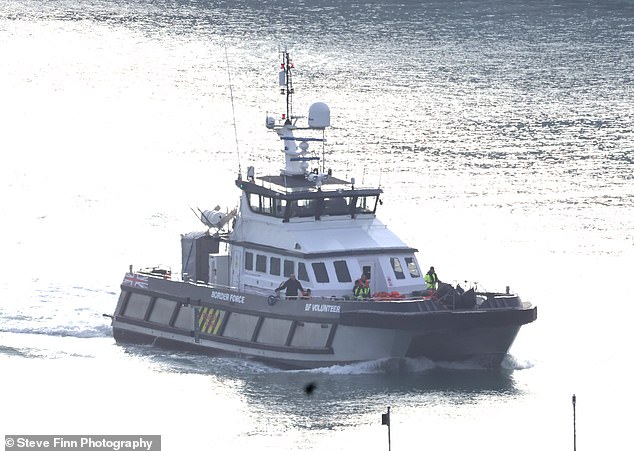 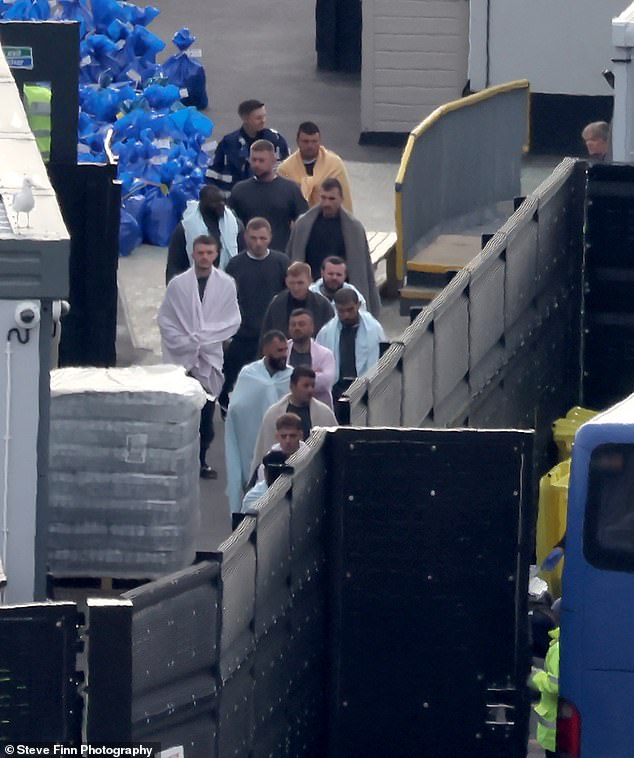 This year’s figures have already surpassed the total for 2021, which saw 28,526 people cross the Channel, and 2020 when 8,410 asylum seekers arrived via small boat to the UK.

Yesterday, around 30 people including several young children were escorted into Dover, Kent on a Border Force vessel shortly before 2pm.

An ambulance could be seen waiting in the harbour.

A second group was brought into the port on Border Force vessel Ranger around the same time.

The mostly male migrants, who wore blankets over their heads and shoulders after battling cold and windy conditions at sea, were led along the gangway to be taken for processing by UK officials.

They were met by a white coach to drive them to the processing centre at Manston near Ramsgate, Kent. 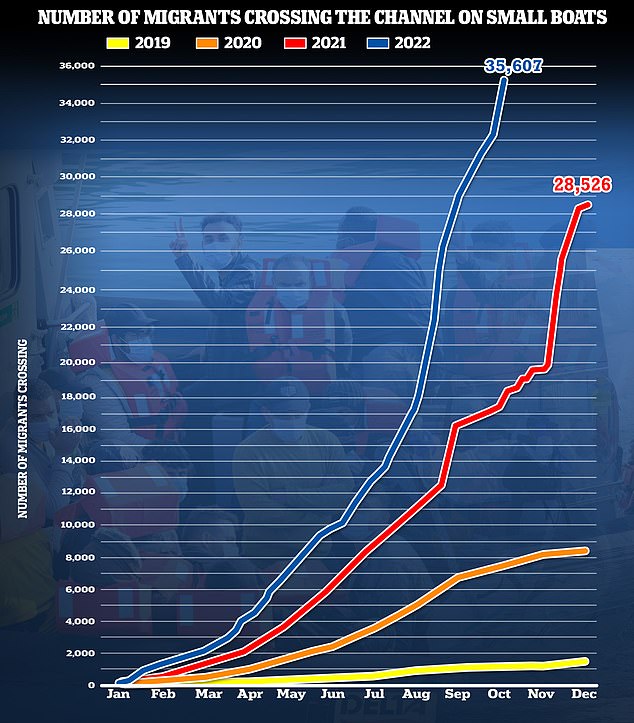 Tuesday’s arrivals bring the total figure for the year so far to 35,607 people in 880 boats – an average of 40 migrants per vessel, according to Ministry of Defence data

A further 35 migrants landed on the beach at Dungeness, Kent, around 30 miles away from Dover, after dark on Tuesday.

They appeared to be suffering from the cold – with orange ponchos and blankets wrapped around them – as they disembarked the boat and walked up the shingle beach.

A huge ship could be seen just a stone’s throw away from where the migrants had been intercepted.

And the numbers are expected to continue rising – with dozens more migrants seen being escorted into Dover, Kent by UK officials today.

The latest arrivals were brought to shore on board a Border Force vessel around 9am.

They clutched blankets around their shoulders as they queued for the bus to take them for processing – after facing temperatures of 15°c and wind speeds of up to 18mph in the Channel.