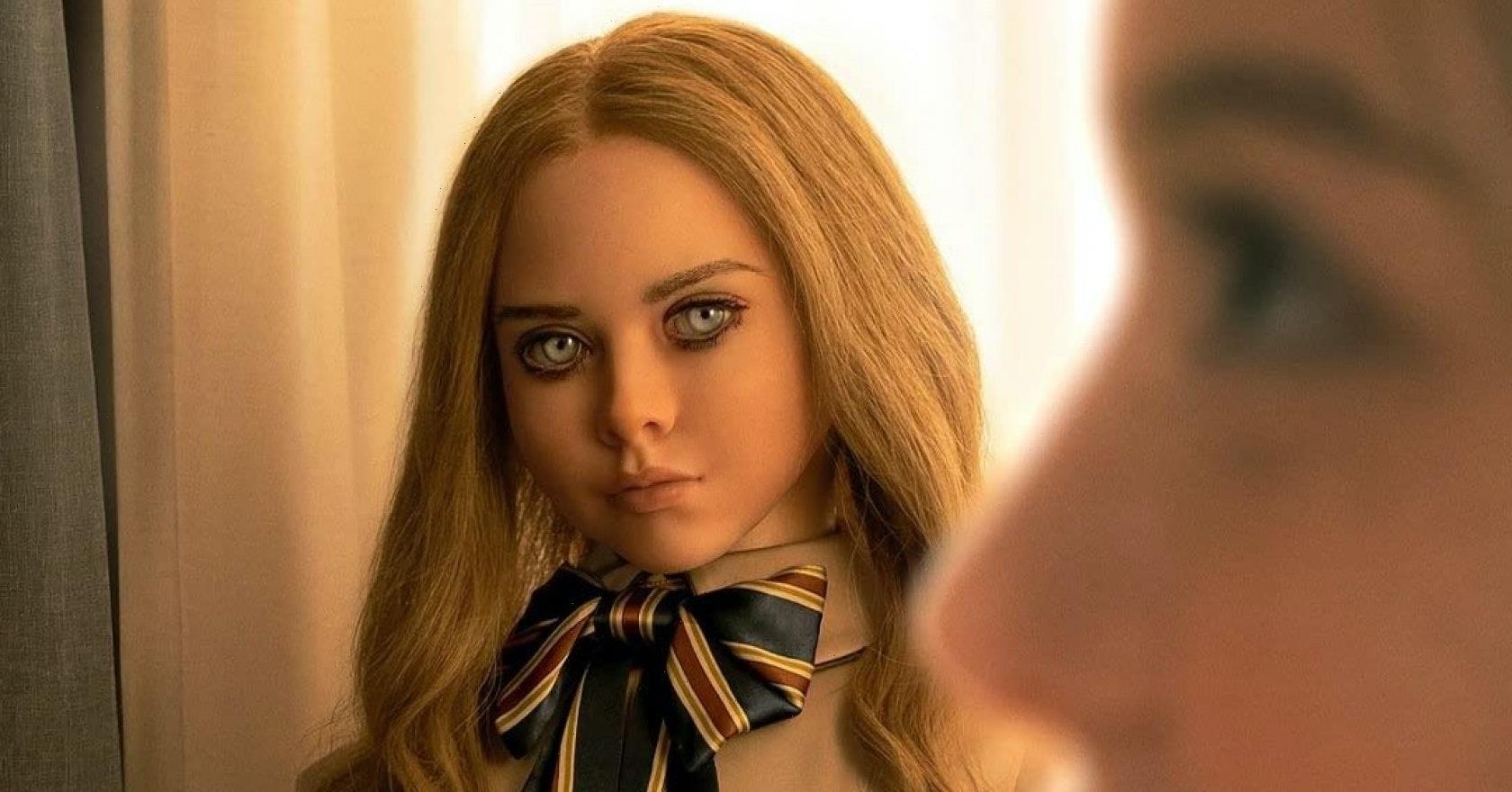 M3GAN is the upcoming horror film about everyone’s worst nightmare – a deadly talking doll. And the new trailer has swept through the internet in a big way.

It looks like our insatiable need for horror is growing and while 2023 may be some time away, the upcoming roster of new film and TV is shaping up to be a stellar one.

While we’ve recently been enjoying the likes of new horrors such as The Invitation, The Midnight Club and are counting down the days till American Horror Story: NYC arrives on our screens, there’s one movie trailer that has swept through the internet in a big way.

M3GAN is going to be a sure-fire hit with anyone who loved 2014’s Annabelle. It gives the same sinister doll vibes and we can already tell it’s going to feed into our nightmares.

The new trailer was released yesterday (Tuesday 11 October) and has already become the subject of a lot of Twitter chatter and an inevitable slew of memes. You see, among the usual creepy horror tropes – the well-meaning maternal figure, the lonely child, the clever childlike doll that looks all too realistic then quick turns to being deadly – there’s also some unexpected dancing. Yes, you read that right.

The official movie poster for M3GAN.

The trailer preys on our fear of seemingly innocent inanimate objects suddenly evolving into terror. We meet M3GAN as the companion android doll that’s given to orphan Cady in order to be a friend in a much-needed time of loneliness and grief.

Soon, the pair become best friends but M3GAN becomes increasingly territorial over Cady, resulting in a tense scene with a nail gun – and the weird dance scene that everyone’s talking about. Could it be M3GAN’s introductory dance to signal she’s gearing up for an epic fight? At this point, it’s hard to tell but what we do know is that if there’s a cantering creepy doll in a trailer, it’s certainly got our attention.

And the film features a horror-themed remix of Taylor Swift’s It’s Nice To Have A Friend – need we say more? Watch the trailer for yourself here:

What is the plot of M3GAN?

The synopsis explains that M3GAN is a “marvel of artificial intelligence, a life-like doll programmed to be a child’s greatest companion and a parent’s greatest ally. Designed by brilliant toy-company roboticist Gemma, M3GAN can listen and watch and learn as she becomes friend and teacher, playmate and protector, for the child she is bonded to.”

It continues: “When Gemma suddenly becomes the caretaker of her orphaned eight-year-old niece, Cady, Gemma’s unsure and unprepared to be a parent. Under intense pressure at work, Gemma decides to pair her M3GAN prototype with Cady in an attempt to resolve both problems – a decision that will have unimaginable consequences.”

Who stars in M3GAN?

Allison Williams (Get Out, Girls) stars as Gemma, while the role of Cady is played by Violet McGraw (The Haunting Of Hill House).

As for M3GAN herself, Amie Donald provides the likeness for the AI child and Jenna Davis provides its voice.

Also starring are Ronny Chieng (Shang-Chi And The Legend Of The Ten Rings), Brian Jordan Alvarez (Will & Grace), Jen Van Epps (Cowboy Bebop), Lori Dungey (The Lord Of The Rings: The Fellowship Of The Ring extended edition) and Stephane Garneau-Monten (Straight Forward).

The new film comes from some of the most prolific minds in horror – James Wan, the filmmaker behind the Saw, Insidious and The Conjuring franchises, and Blumhouse, the producer of the Halloween films, The Black Phone and The Invisible Man. Basically, we know it’s going to be a cinematic whirlwind of sheer terror.

What has been said about M3GAN?

Well, it’s safe to say that the new trailer has sent the internet into an excited frenzy. Many have drawn comparisons to Annabelle, who was iconic in her own right.

And Chucky for that matter.

And many others have also honed in on the unexpected dance sequence in the trailer – for obvious reasons.

The dance moves may be unexpected but we’re here for all of them.

A horror movie that’s quickly become a Beyoncé-related meme? Sign us up.

When and where will M3GAN be available to watch?

The new film will be coming to cinemas on 13 January 2023. Let the countdown begin…